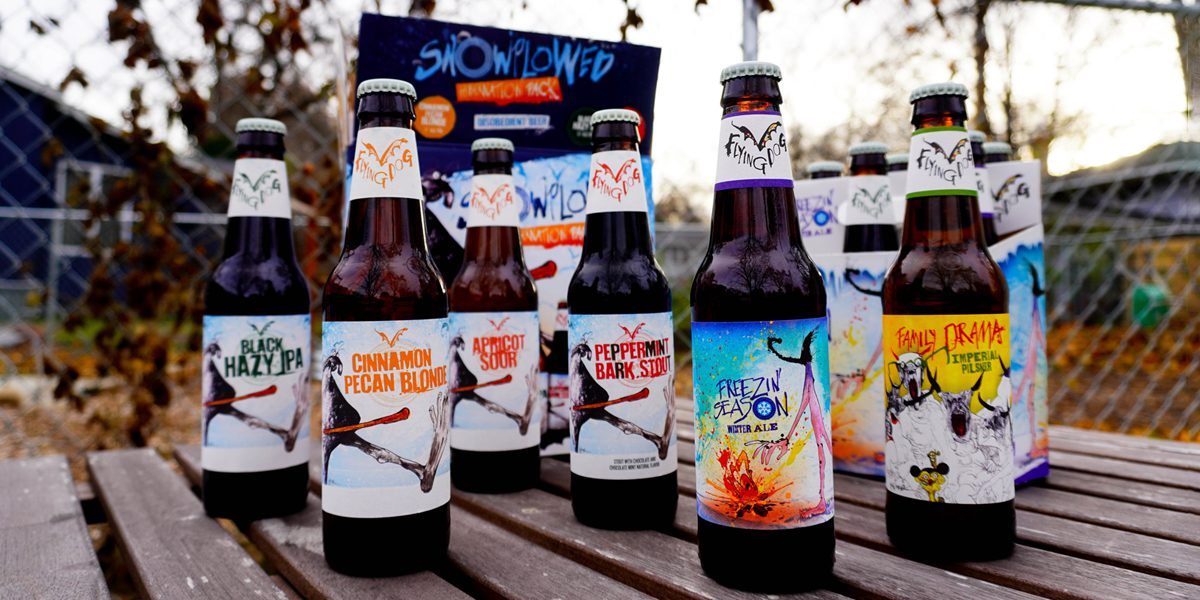 This Thanksgiving, you’re in charge of the beer. Which is good. The closest you’ve come to preparing a turkey is watching videos of deep fryer accidents on YouTube. The last time you baked a pie the local fire department was heavily involved. Mom won’t let you mash the potatoes because “you always do it wrong, sweetie.” Beer, though? Beer you can handle. And Flying Dog has all the beers you need to make this holiday a memorable one.

SNOWPLOWED
Our variety pack has something for everyone at the table. And Uncle Randy, who is currently in the garage chain smoking with the determination of an Olympic athlete.

FREEZIN SEASON
This winter ale is the perfect beer for your brother, who is home from a state college where his beer of choice is “available” and his grades are “don’t tell Mom and Dad.” Treat him to something that isn’t sold in a 30 pack.

FAMILY DRAMA
Uncle Frank is here today! No one invited him, and he’s not making a secret about how much he resents that! Still, he’s family. If you can get him to quit talking about his sciatica for five goddamn seconds, plug his mouthhole with this beauty of an imperial pilsner.