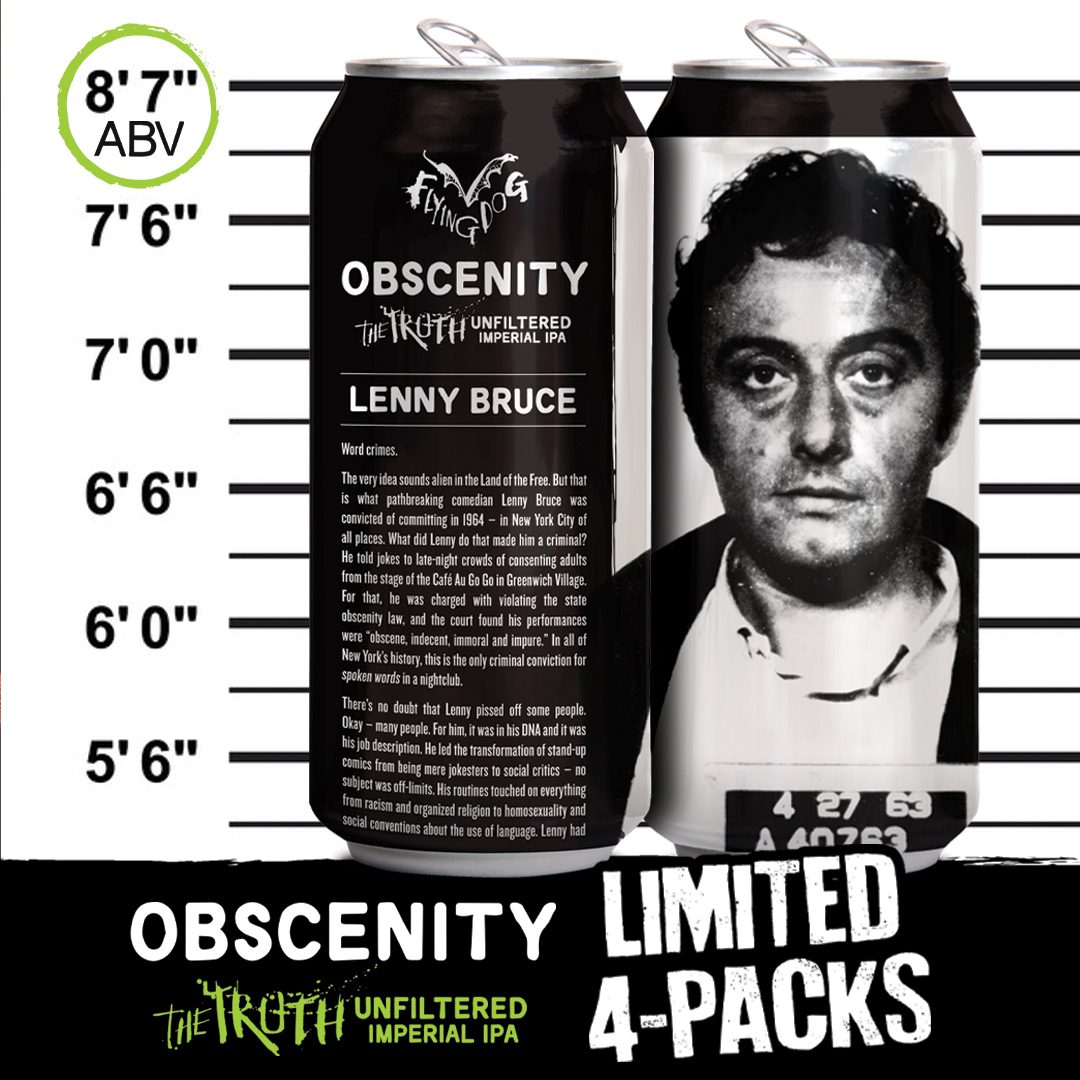 The very idea sounds alien to the Land of the Free. But that is what pathbreaking comedian Lenny Bruce was convicted of committing in 1964 — in New York City of all places. What did Lenny do that made him a criminal? He told jokes to late-night crowds of consenting adults from the stage of the Café Au Go Go in Greenwich Village. For that, he was charged with violating the state of obscenity law, and the court found his performances were “obscene, indecent, immoral and impute.” In all of New York’s history, this is the only criminal conviction for spoken words in a nightclub.

There’s no doubt that Lenny pissed off some people. Okay — many people. For him, it was in his DNA and it was his job description. He led the transformation of stand-up comics from being mere jokesters to social critics — no subject was off-limits. His routines touched on everything from racism and organized religion to homosexuality and social conventions about the use of language. Lenny had an uncanny ability to spot and expose the hypocrisies and paradoxes of society, and his raw, free-form comedic style made him an American cultural icon.

How could such a crime in a country where the First Amendment to the Constitution provides that Congress shall make no law abridging the freedom of speech? The answer is, it can’t. but constitutional law had not yet caught up with Lenny’s envelope-pushing act, and he paid the price. His conviction remained on the books until the end of 2003, when Governor George Pataki issued a posthumous pardon that he called “a declaration of New York’s commitment to upholding the First Amendment.” It was the first posthumous pardon in the state’s history.

The pardon came too late to help Lenny, of course, but it recognized that comedy clubs are temples of expression. In the day-to-day exercise of free speech, few things tap the American psyche better than comedy. Like jazz, comedy is a uniquely American art form, and thanks to the likes of Lenny Bruce, it isn’t just about telling jokes on stage. Generations of stand-up comics have been inspired by Lenny’s example – not just because he helped transform the craft, but also for his courage in fighting back against an illegitimate and unjust prosecution.

Flying Dog Brewer proudly issues this beer — OBSCENITY — as a tribute to the continuing legacy of Lenny Bruce and his contributions to American freedom.

So, wash down the bad taste of censorship with an OBSCENITY beer. Obscenity — you’ll know it when you taste it. And here’s to Lenny!

Author, The Mind of the Censor and the Eye of the Beholder: The First Amendment and the Censor’s Dilemma

The 1st Amendment Society is a non-profit dedicated to awareness raising and advocacy around free speech issues and organizing events that promote the arts, journalism and civil liberties.