Season 4: Cult Classics and Craft Beer at The Weinberg 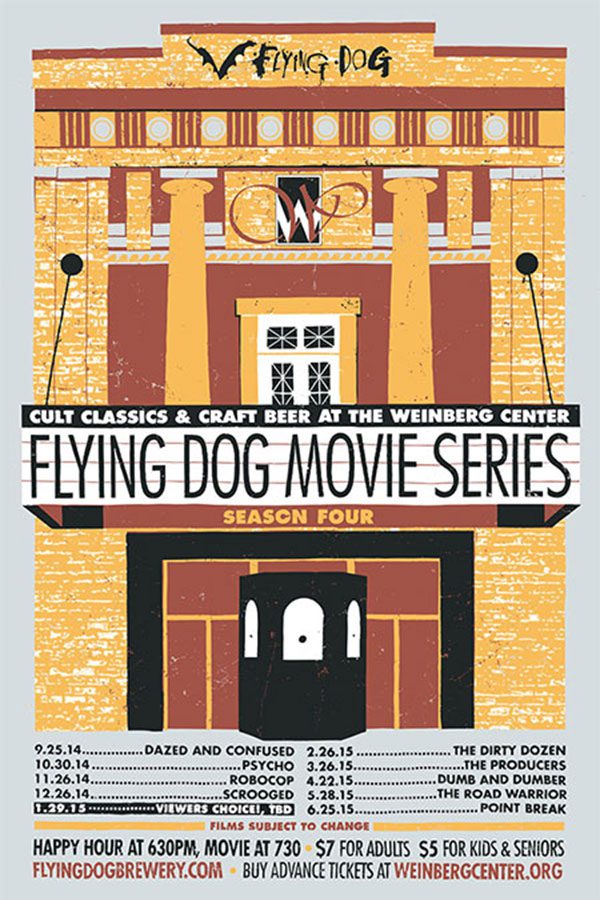 We've partnered with the Weinberg Center for the Arts to present the fourth season of the Flying Dog Film Series. The 2014-15 run opens with Dazed and Confused on Thursday, September 25 at 7:30pm. Prizes will be awarded for those dressed as their favorite burnouts from the film (intentional or not).

Fans are also invited to select a Viewer's Choice film to be screened on Thursday, January 29. Votes can be cast below and the winner will be announced at the screening of Psycho on Thursday, October 30.

The Weinberg will run $4 specials on all Flying Dog beer starting at 6:30pm in the theater lobby and bar prior to each movie. Brewery staff will sample a different beer each month and this style will be featured as a special at the official after-party location.  At the conclusion of Dazed & Confused, film goers are invited to head to Cafe Nola and enjoy specials on all Flying Dog draft beer.

Also new for the 2014-15 season, a limited run of Dazed & Confused movie poster prints will be available for purchase at the theater.

Tickets are available online through the Weinberg Box Office and will set you back $7 for adults and $5 students, seniors, children or military members. Season passes are also available by calling 301.600.2828. 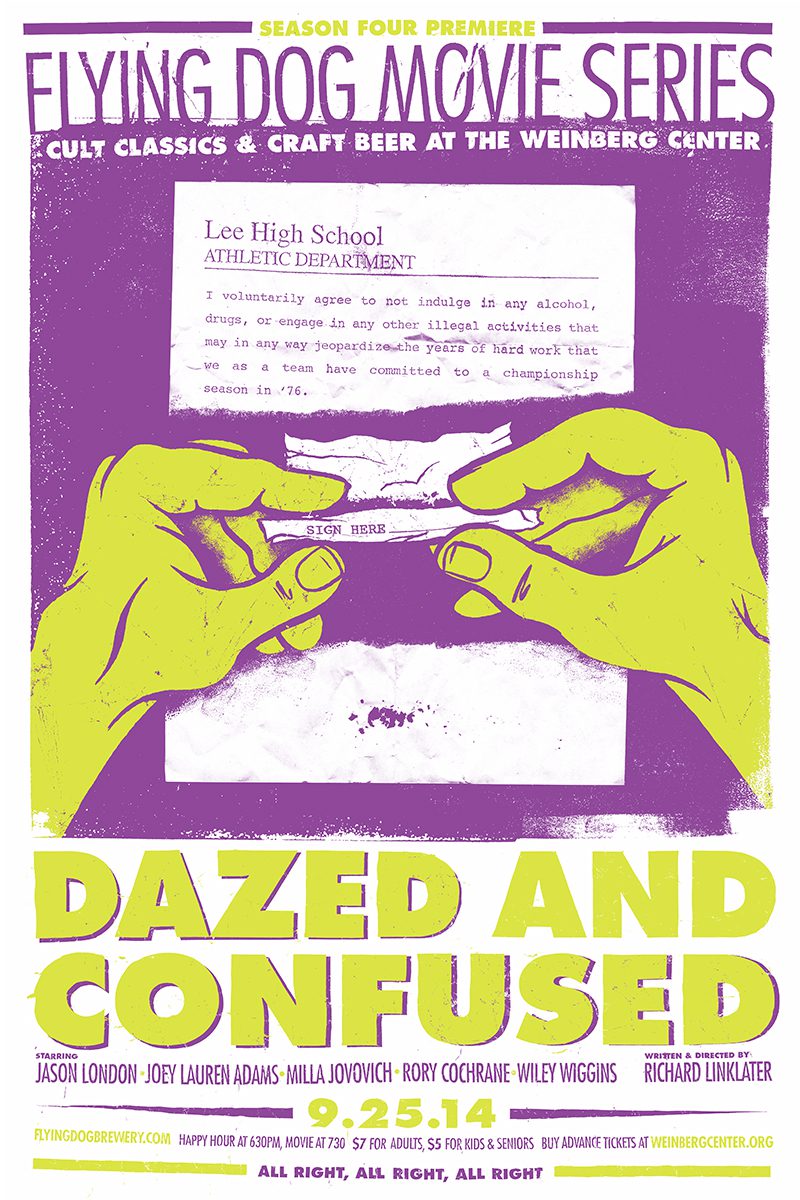