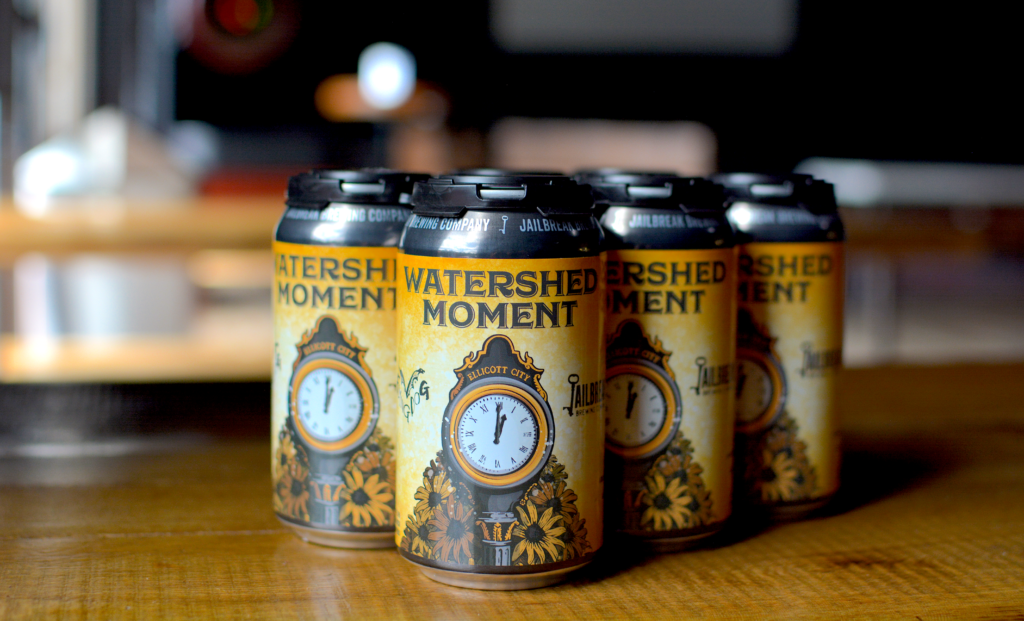 In the summer of 2016, flooding devastated our neighbors in Ellicott City - a haven for artisans and independent businesses. Alongside the good people at Jailbreak Brewing Company, we released Watershed Moment Belgian IPA with 100% of profits benefitting flood relief in Ellitcott City. One year later, the work continues and to show our support for these efforts, we have decided to re-release Watershed Moment with the crew at Jailbreak once more.

If it’s been too long since you had a taste, the beer is a hybrid of Jailbreak’s Poor Righteous IPA and our Raging Bitch Belgian-Style IPA. The malt bill is from Poor Righteous, the hops are a blend of those used in both beers and the yeast is the El Diablo Belgian strain used in Raging Bitch.

Watershed Moment will once again be available on draft and in cans exclusively in the Howard County and Baltimore area markets for a limited time. Beginning Friday, September 22 at noon, The Wine Bin will be selling 6-packs of cans and the draft release will kick off the following morning when the Main Street Music Festival returns to Old Ellicott City. Below you'll find some of the accounts you’ll be able to track down Watershed Moment at. Keep in mind, this list is subject to change, we always recommend calling ahead and we never recommend complaining to us: