According to an article titled "UNIQLONES" in the May 17th issue of New York Magazine, the Japanese-owned UNIQLO, an affordable fashion store in Soho, is the hottest retailer in New York right now.  On a typical Saturday a whopping 24,000 customers shop there.

UNIQLO operates 950 stores worldwide, but the Soho store is currently its only U.S. location.  However, according to New York magazine, "UNIQLO confirmed that it had signed a $300 million, fifteen-year lease to build a second American store at 666 Fifth Avenue.  It is the largest retail lease ever signed in New York."

What caught my eye was this highlighted text.  The title of the article "UNIQLONES" makes more sense.  Sounds like a real fun place to work.  Not. 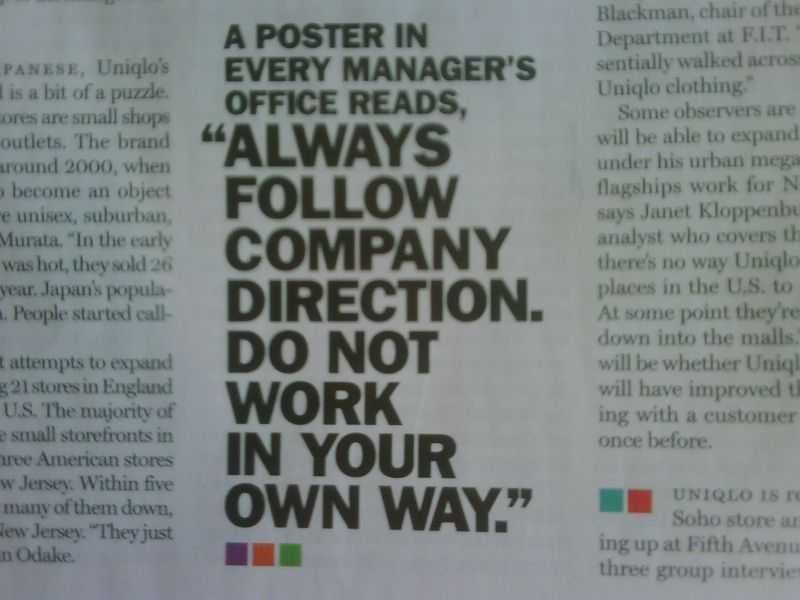