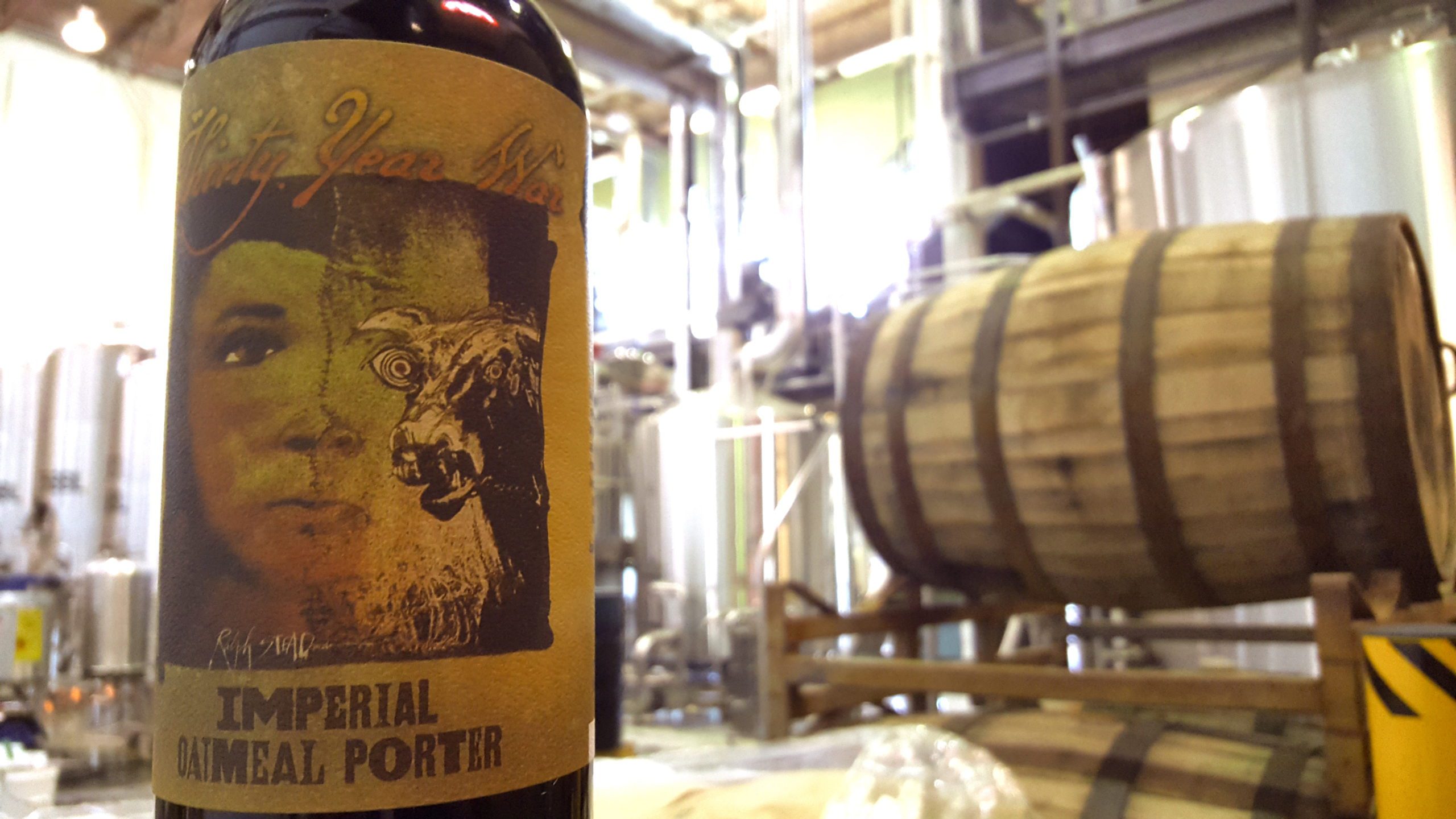 Max's Taphouse in Fells Point first opened its doors in 1986. In the early days it was known as Max's on Broadway, a live music venue that hosted (among countless others) The Smashing Pumpkins, Blind Melon and Dr. Gonzo himself, Hunter S. Thompson. Closing the stage in 1994, owner Ron Furman gave Max's a facelift and turned the attention to the real stars of the show: Beer. Since then, Max's has become the benchmark of what a great beer bar can be. With a stock of over 1,000+ bottles, 100+ tap lines and a steady rotation of 5 casks, it is consistently rated one of the best bars in the world. This month Max's is turning thirty and we're commemorating the occasion with Thirty Year War.

Thirty Year War, an imperial oatmeal porter that's teeming with chocolate, coffee and caramel, is a robust 8.0% and is anchored by Maris Otter malt with a generous addition of “Golden Naked Oats” which give this beer a fullness that satisfies.

You can only get your hands and mouth on these 750ml bottles at Max’s Taphouse.  Fret not, we have a schedule of the release, stick to this and you'll do just fine:

*750 ml bottles of Thirty Year War are $20 and there's a three-bottle-per-customer limit.