Beer and coffee. These are two beverages that exist on unique sorts of spectra:

At one end, you’ll find a wasteland of mass-produced, quantity-over-quality, perfunctory versions of these ubiquitous liquids. Some lurk on motel nightstands, shrouded in disks of filter paper. Others frequent the bottoms of backpacks for hours before being smuggled into campus dorm rooms and consumed at room temperature. Such is the bleak destiny of fluids conceived heedlessly, heartlessly, sacrificing glory for middling utility.

At the other exists an oasis of delectable curiosity inhabited by the eccentric geniuses who brewed before us.

Travel the path in between, and you’ll witness consumers become connoisseurs and manufacturers become masters. It’s along that path where we met the fellow Maryland potion pioneers at Vigilante Coffee Company. When we learned about their passion for expertly-sourced ingredients and meticulous production methods, it was like looking in the mirror. 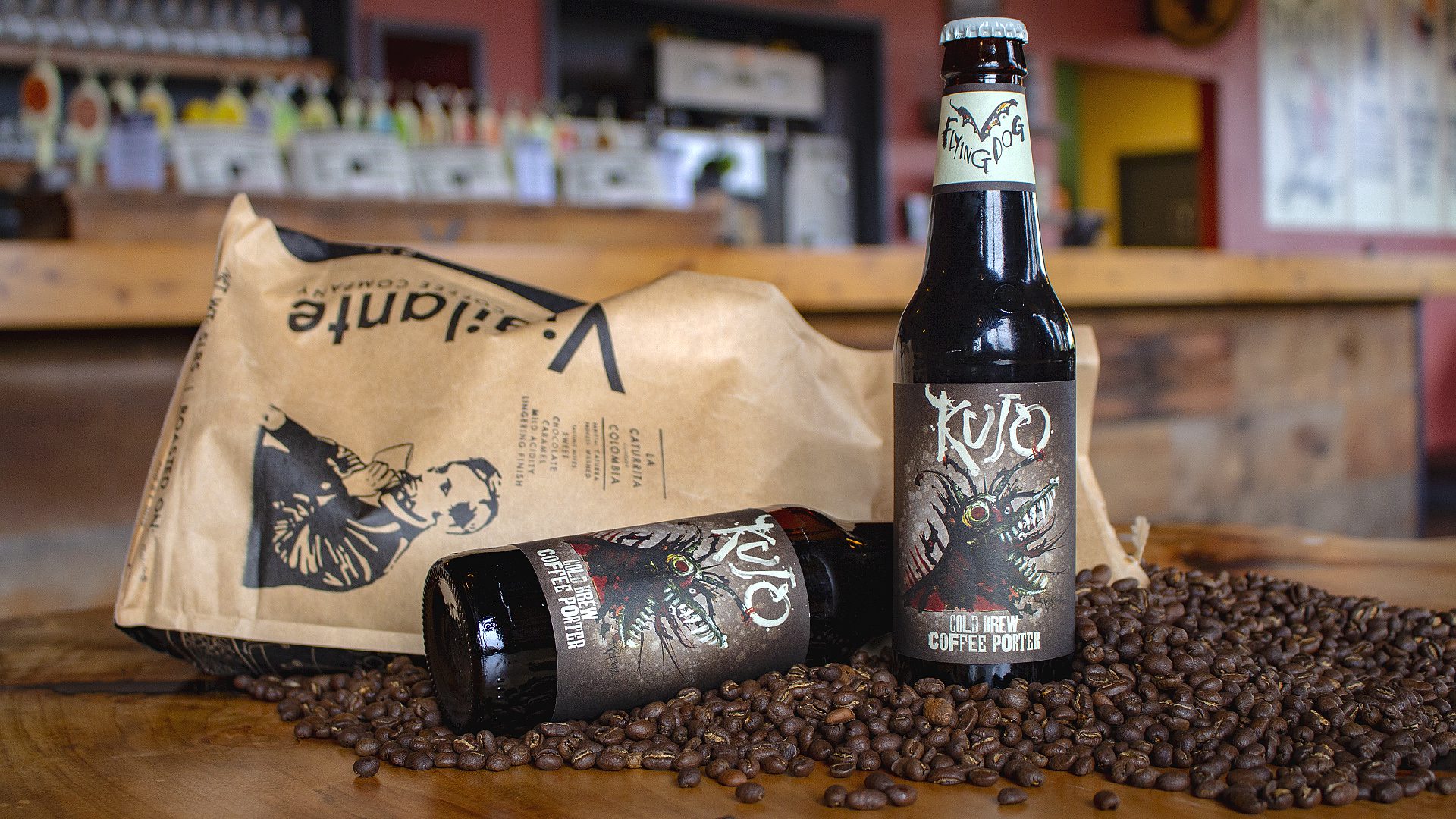 Together, we summoned a savage beast back from Satan’s doggie daycare. Kujo has been reincarnated in the form of a cold brew coffee porter using Colombian La Caturrita beans. Vigilante sources a little bit of the best beans from each of their small-scale farm partners in Huila and Tolima, specifically the peaberries and beans that would otherwise be too small a screen size for those farms to sell at top dollar.

We brew Kujo with nutty roasted malts and steep it with the sweet, chocolate-forward coffee during fermentation to give the beer that classic cold brew smoothness.

It will suspend you in a state of pure autumnal nirvana.

Kujo Cold Brew Coffee Porter will be on tap in the tasting room on Thursday, September 13th, and it will hit shelves starting the following week.