The Junto Society Beer Club at the Brewery 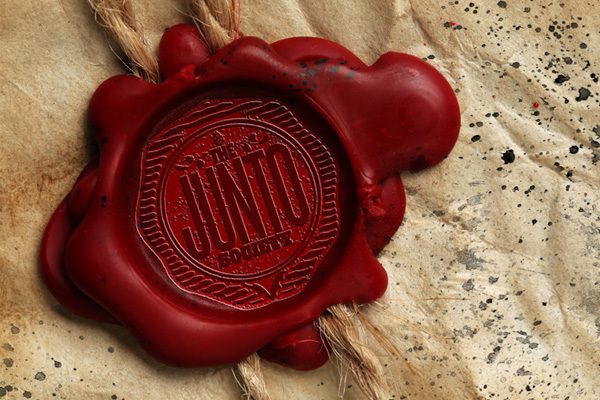 Introducing The Junto Society: An exclusive club established by your leaders at Flying Dog for the betterment of craft beer, local community, independent business, and the world in which we live.

As a member, you will be invited to the brewery monthly to try small-batch beers not yet released for public consumption. As you taste these rare beers, we will solicit feedback from you during discussions hosted by Brewmaster Matt Brophy and his team of genius brewers.

Meetings of The Society, held on the first Wednesday of every month, will also be a forum to connect with your fellow countrymen on issues important to the craft beer industry and the American Dream.

Membership in The Junto Society is $150 for the 2012 year, which includes a 6-pack or growler of the 12 aforementioned limited-release beers (to be picked up at each month's meeting). In addition, you will be given an exclusive shirt bearing The Junto Society seal to wear proudly on the streets of this great nation of ours.

We are only taking 100 members in the first year. And in years after, membership in The Junto Society will become more difficult.

The first meeting of The Junto Society is on Wednesday, January 4, so registration for the 2012 year will be closed on January 1.

Become a member today to take the first step of the rest of your life.