The International Arms Race is Upon Us!

An IPA with no hops by two breweries separated by sea? Dodge the draft, hide your wives, and guard your children. The International Arms Race is on!

Our combative collaboration with BrewDog - International Arms Race Zero IBU IPA - pits brewer against brewer in a battle of the brewing arts. Unlike your standard collaboration, each brewery will craft its own version of the beer, guided only by common ingredients.

These "terms of agreement" highlight the human element of the brewing process. Even with agreed-upon ingredients, the hands that craft it are hugely influential.

Another challenge in this collab? Hops, a brewer's best weapon on the IPA front, are banned from there battlefield.

To create a Zero IBU IPA, we all agreed on a list of ingredients - spearmint, bay leaves, rosemary, juniper berries, and elderflower - to replace the bitterness typically imparted by hops.

This project will also be a battle of illustrators, pitting Gonzo artist Ralph Steadman work for yours truly against the designs of Johanna Basford, a long-time friend of BrewDog. 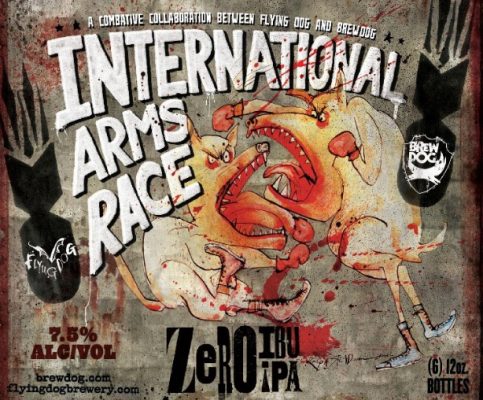 And onto the beauty of Basford: 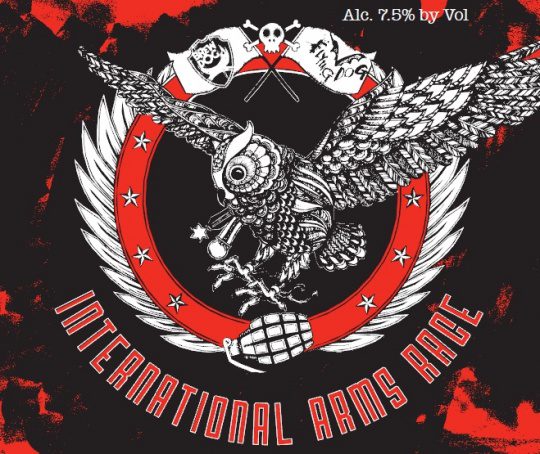 Now, it's time to see who's boss. And we're ready for war.