The Evolution of Natural Selection 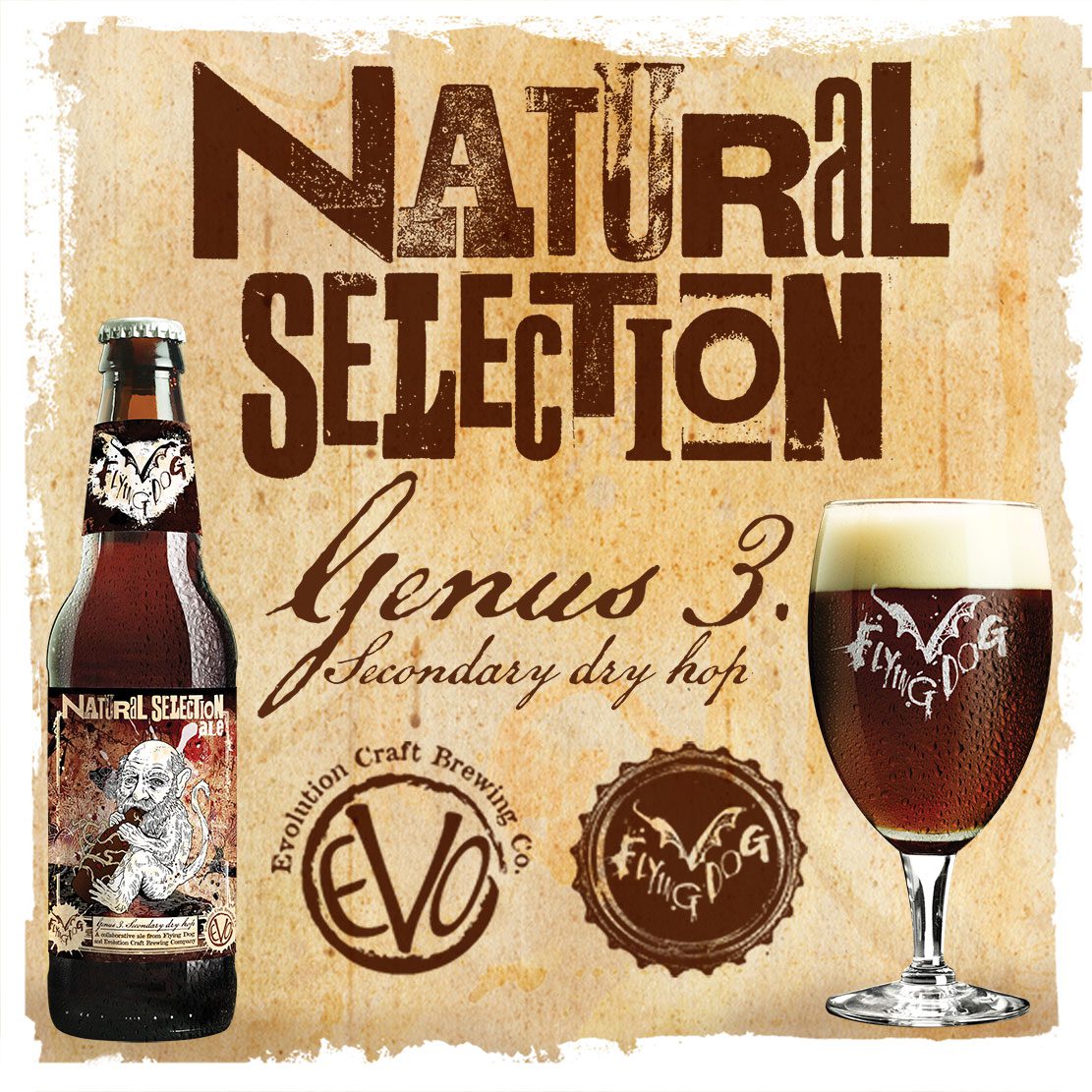 A key mechanism of evolution, Natural Selection is one of the cornerstones of modern biology and now, Maryland craft beer.

Our collaboration with Evolution Brewing Company began with Genus One, a stock ale with caramel and brown fruit notes mingling with hints of roast, chocolate, and toast.

Then, a common descent occurred as each brewery brewed a second batch, creating Genus Two and Three:

All three versions will debut on draft tomorrow at Columbia Alehouse.

Then, we're hosting a Natural Selection happy hour and beer dinner with Evolution at Birroteca on October 22  for Baltimore Beer Week.