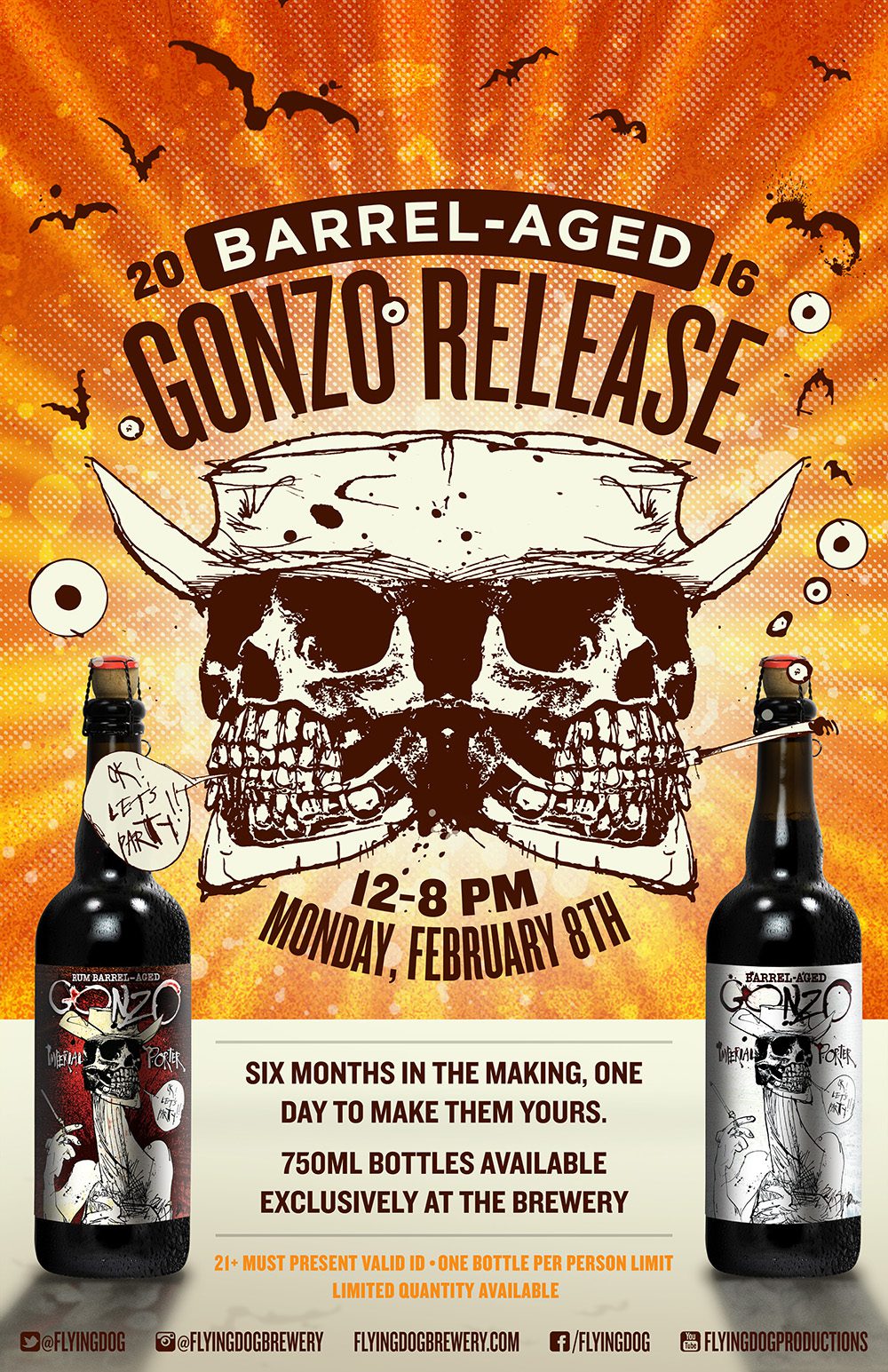 Did someone say half-day? Yes. We did. We vote that you should put in a solid morning at the office before taking a lunch break you don’t intend on returning from, and make your way to the brewery. You deserve it. You’ve waited all year, through countless debates, lots of ch-ch-changes and the highs and lows of another season in the books. Now your patience has paid off. The 2016 releases of our bourbon and our rum Barrel-Aged Gonzo is finally here.

Our bourbon Barrel-Aged Gonzo spent the last few months aging in A. Smith Bowman barrels from our friends in Fredericksburg, VA 90 miles south of the brewery. As a result of the aging, you will pick up vanilla notes from the oak and soft whiskey warmth in addition to robust roast, chocolate, and coffee malt character.

We will also have rum Barrel-Aged Gonzo for the second year so you can continue to add to your rum diary. You’ll note the inviting island smell when you uncork this beast. This beer is perfect to stand on its own as an after-dinner drink – a craft beer alternative to brown spirits in the study.

It all goes down on Monday February 8th from 12pm-8pm. The tasting room will be open for tours and samples, flights, growlers and more at our Barrel-Aged Gonzo. release party.

2016 Barrel-Aged Gonzo purchases are limited to one per style, per person. Vintage Rum Barrel-Aged Gonzo 2015 will also be available. Supply of these beers is limited, so get here early to get your hands on it. Availability is not guaranteed once the release begins. Doors will open at noon.