The Surf, the Sun and the Blues 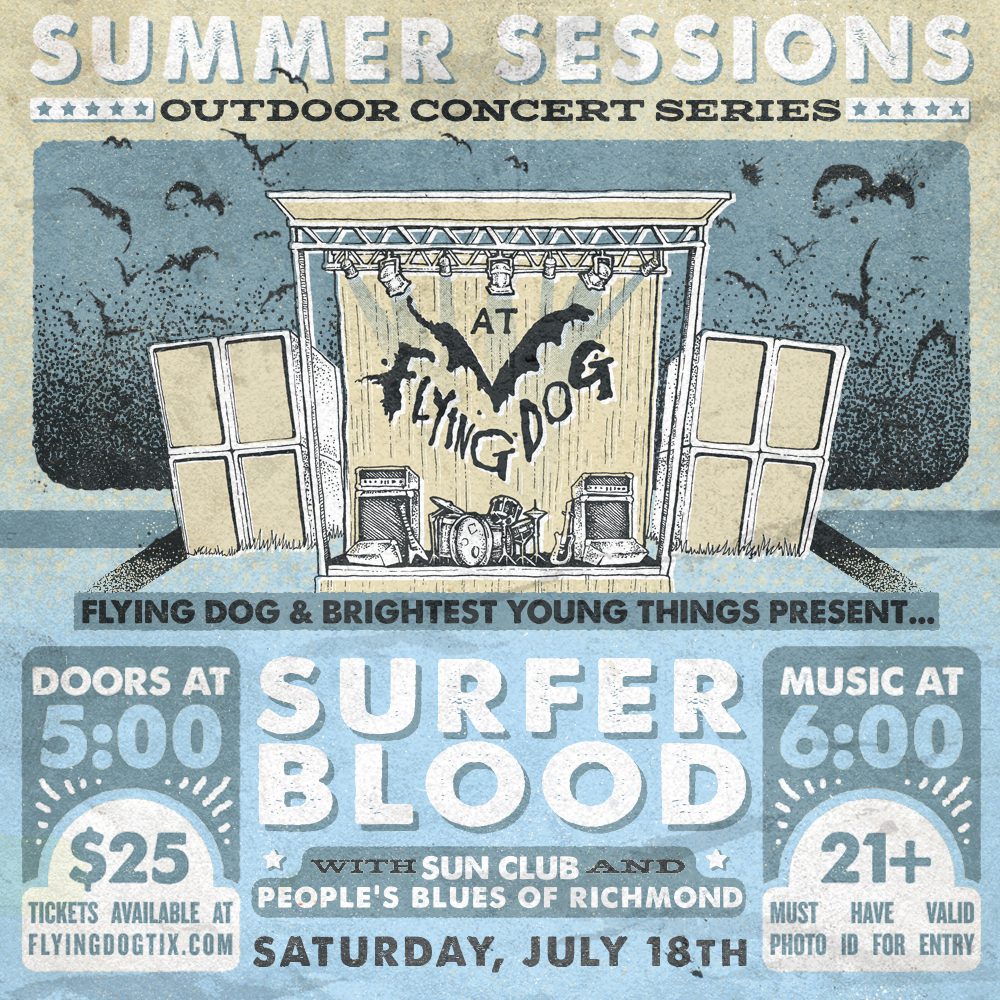 Remember The Golden Rule because our second Summer Sessions is a three-way.

Our July 18 show will combine the harmonic alternative rock of Surfer Blood with Baltimore-based Sun Club and The People's Blues of Richmond. (We'll let you guess where those guys are from.)

Described as an indie, surf-rock collective, Surfer Blood returned to its DIY roots on their latest album 1000 Palms, combining ornate arrangements and instrumentation with more mature songwriting. (Read NPR's First Listen review here.) A review of one of their recent shows said it was nonchalant and breezy, which is pretty impressive for a band that's already taken the stage on The Tonight Show with Jimmy Fallon.

The local loves of our lineup, Sun Club was named one of the "10 Maryland Bands You Should Listen to Now" by Paste Magazine. And each of their shows carries a spontaneity that reflects their style: Afropop rhythms combined with contemporary pop melodies that always satisfy.

The People's Blues of Richmond

The name alone sets the tone for PBR's carnival-like mayhem of dark blues infused with psychedelic rock. Oh and their newest single "Gone Gone Gone" just happened to be produced and engineered by the guy who worked on The Black Keys' album Brothers. NBD.

All three bands will perform live on our front lawn alongside rare and obscure beers and the area's most delicious food trucks. Tickets are $25 and available now via MissionTix.com.