The Big Game is almost here and if you're less than pumped to watch Golden Boy Tom Brady start in his 7th Super Bowl in 16 years, we can all take solace in watching Mr. Clean put the moves on mom between countless penalty calls.

More importantly, we want to make sure you have the sustenance you need to survive Barrel-Aged Gonzo Eve. So we teamed up with Chef Niko of Roasthouse Pub on three recipes that are made and pair with Flying Dog. 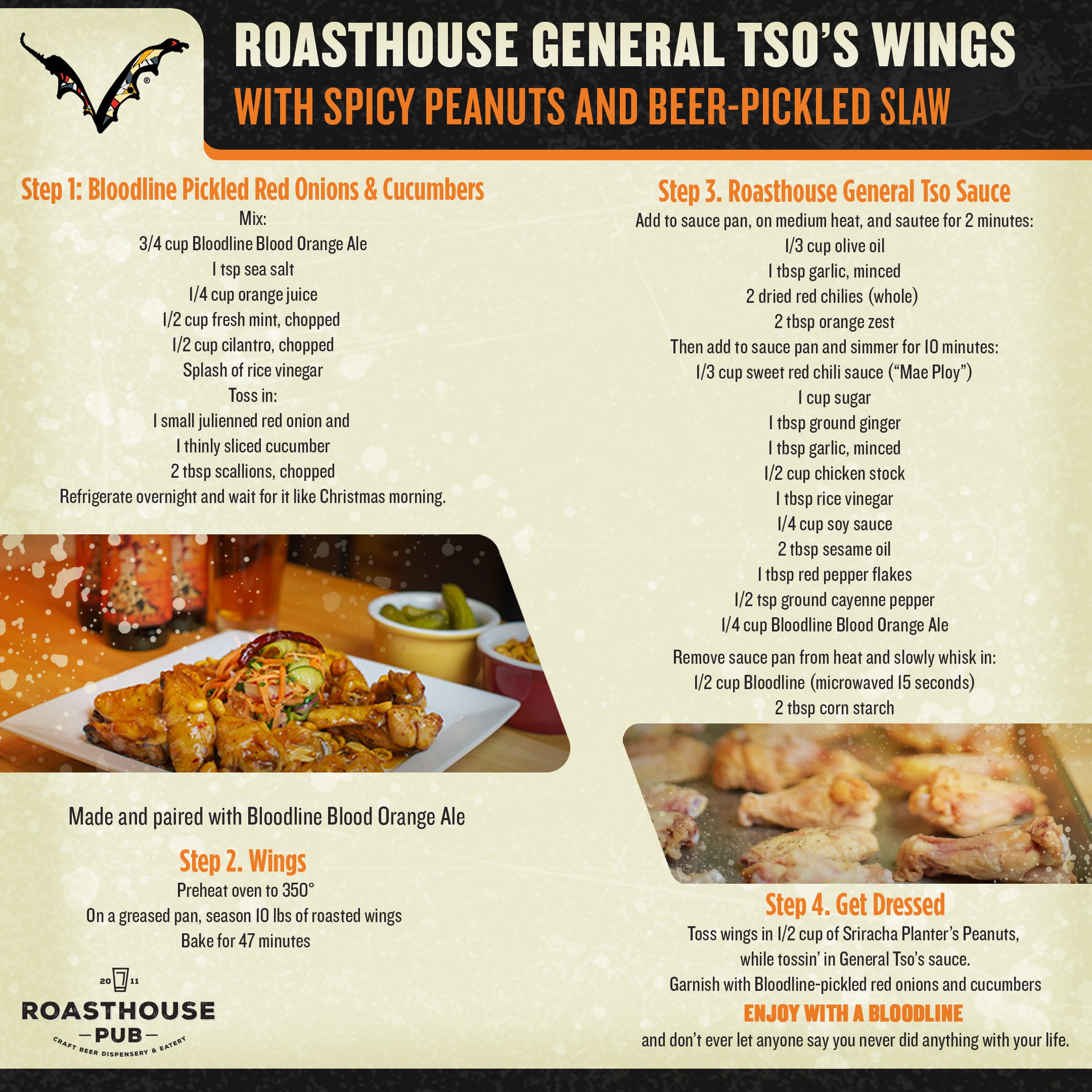 Roasthouse General Tso's Wings is the ultimate game changer. These pocket-size meat sticks pack some serious flavor and only get better when you wash them down with a Bloodline Blood Orange Ale. Make this recipe or get it in the hands of someone you trust; it just might save the world. 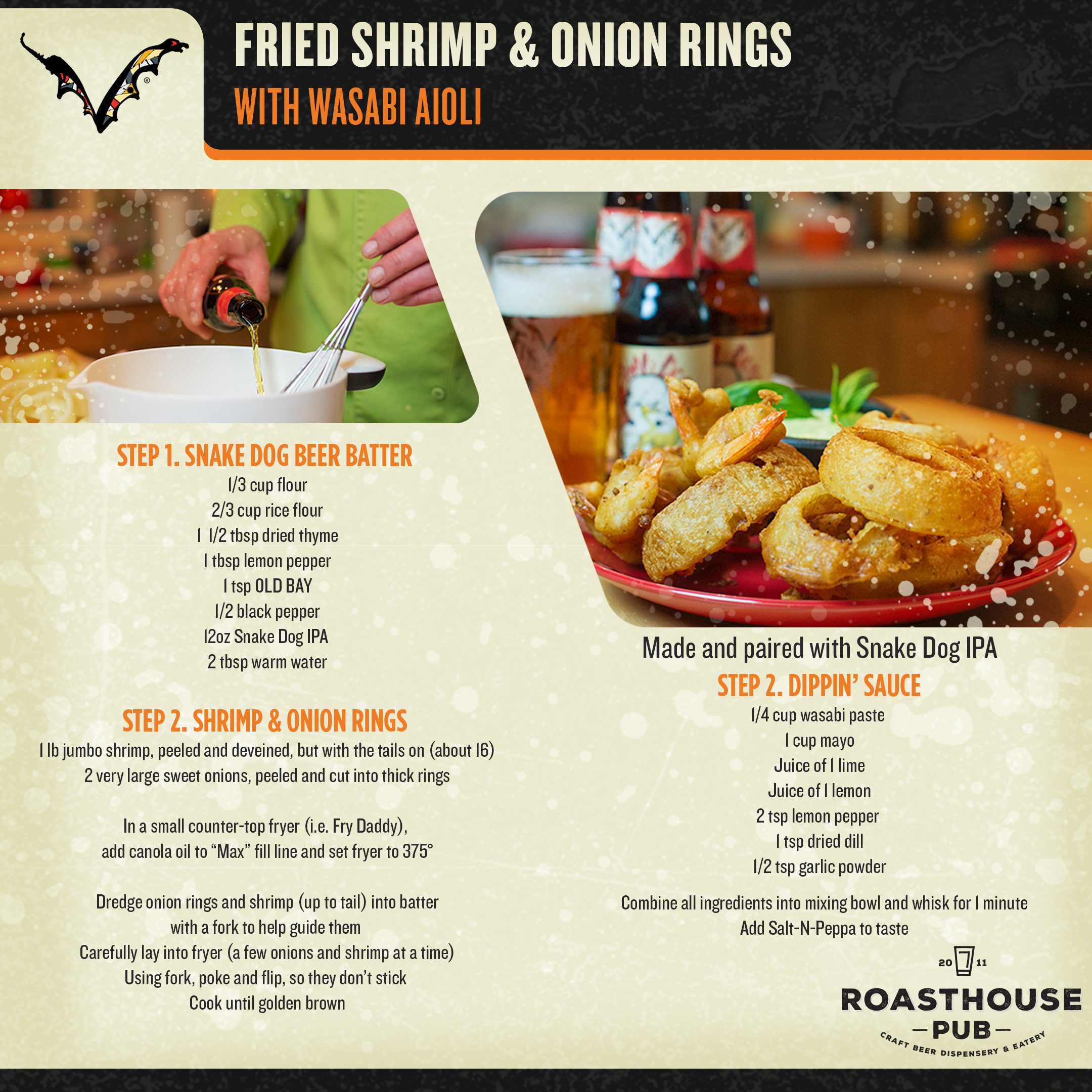 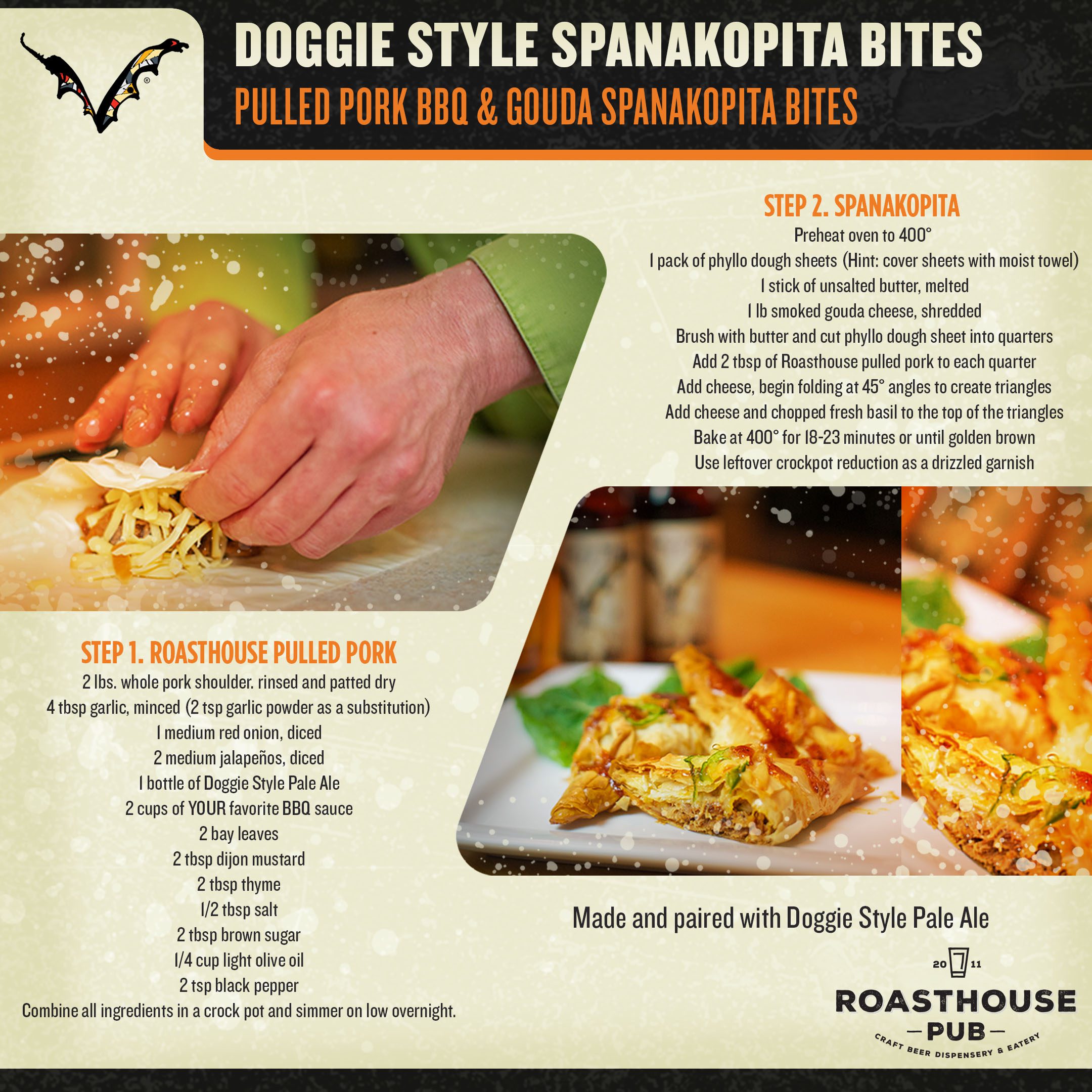 Pulled Pork BBQ & Gouda Spanakopita Bites. If you do decide to make these, tweet us @FlyingDog and we'll come over with Doggie in hand. Since simply saying the word spanakopita is intimidating, start with this video that shows some of the techniques used in preparing the dish while also making you salivate.

Now, it's your turn. Stock up on supplies and don't leave the kitchen until your heart is content.

If you have a lifetime ban from the kitchen, Chef Niko has you covered. Stop into Roasthouse Pub and let your conscience be your guide. Need a little extra push? Drool all over your phone while checking out Roasthouse on Instagram, Facebook and Twitter.