The Summer of Dead Rise Is Back 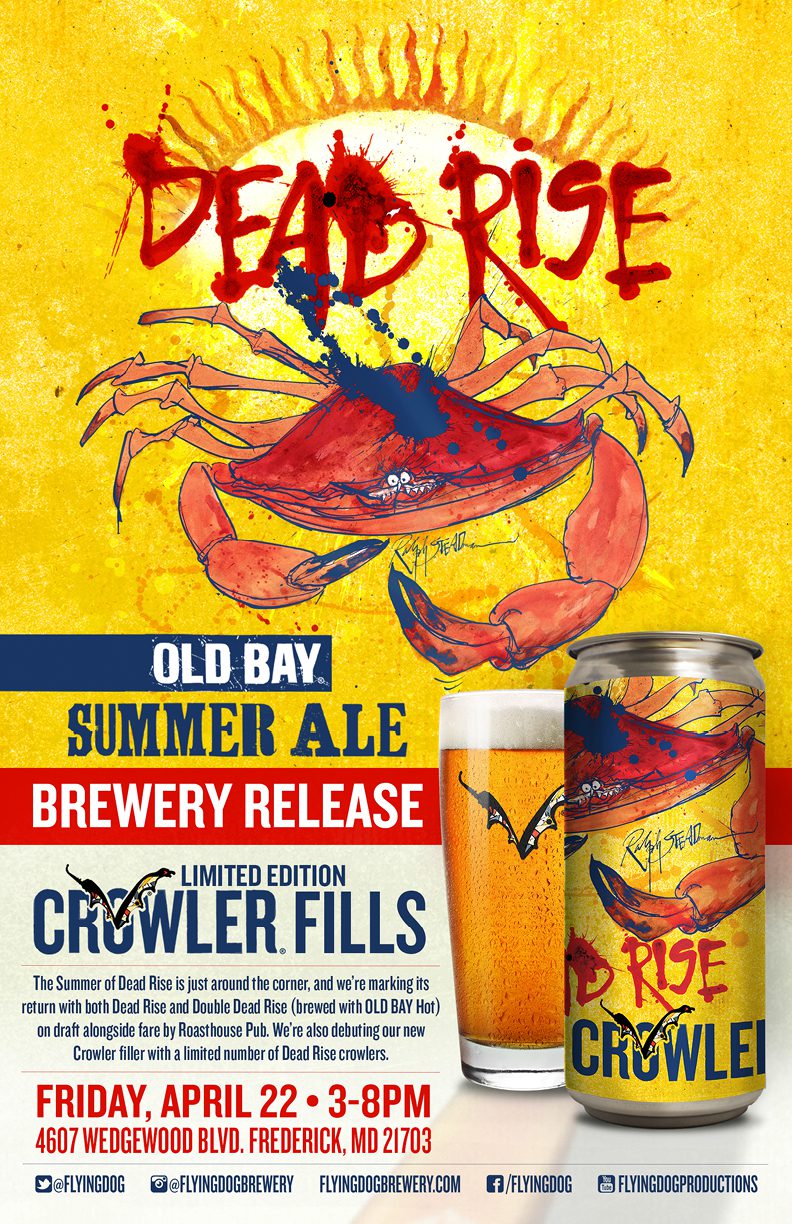 Load up the station wagon, the summer of Dead Rise has returned. The quintessential post-mowing refreshment also makes a great hammock or beach chair accessory. And if lounging isn't on your P.O.D., your work on the grill with a Dead Rise OLD BAY Summer Ale in hand will always be a reminder that you are the master of your domain.

First crafted in 2014 as part of OLD BAY's 75th anniversary celebration, Dead Rise highlights the nostalgic flavor of OLD BAY through a bright and refreshing citrus hop character and a crisp, tart finish. Please wipe your drool before you continuing.

Part of what makes Dead Rise so unique is its "by Marylanders for Marylanders" mantra that embraces the rich culture and history of the Chesapeake Bay. Over the last two years alone, we've donated close to $20,000 to the True Blue Program, which raises awareness of the Maryland Blue Crab industry and the watermen who preserve its storied heritage. One of True Blue's largest initiatives is a restaurant certification program that requires at least 75 percent of crabmeat used is sustainably harvested and processed in the Chesapeake Bay region.

We know not all craft beer and OLD BAY lovers can stay in our beautifully-shaped state eternally, so Dead Rise will be available in almost as many locations as Johnny Cash has visited including Maryland, Washington D.C., Virginia, Pennsylvania, New York, New Jersey, North Carolina, West Virginia, Connecticut, Rhode Island, Maine, Illinois, Wisconsin, Ohio and across the pond in the UK and Europe. Until then, start summer early with us at:

If you can't make it to the brewery, don't forget to check the Beer Finder through September to track down Dead Rise near you.