Snakeheads Got Some Flying Dog On Their Tails 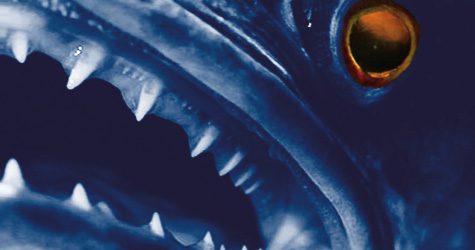 We're out to prove that while Snakeheads are vicious, they're also de-licious.

To support the Maryland Department of Natural Resources’ fight against invasive species in the Potomac River watershed, Flying Dog is the official beer of the 2011 Potomac Snakehead Tournament September 2-3.

Snakeheads have become an invasive species and cause ecological damage because they are top-level predators, meaning that they have no natural enemies outside of their native environment. National Geographic has referred to the Snakehead as "Fishzilla” because of its recent rampage on – otherwise stable – ecosystems.

The goal of the tournament is to utilize sport fishing to support to reduce the population of this invasive species, while also raising awareness for Snakeheads as a high quality, commercially viable food source until the population is under control.

“Snakeheads are definitely an underrated fish in the kitchen. It’s a flavorful fish that can be served in a number of different ways whether fried, seared, broiled, or baked,” Chad Wells, Executive Chef at Alewife Restaurant in Baltimore, told us.

Wells will prepare and present a Snakehead tasting complemented by our beer at the conclusion of the hunt on September 3 from 12:30 to 2:30 pm.

Official tournament events, including Wells' tasting, will take place at Smallwood State Park in Marbury, Maryland. All participants are encouraged to attend the pre-tournament conference at the park September 2 at 5 pm. Guest speakers will include Joseph W. Love, Ph.D., Tidal Bass Manager for the Maryland Department of Natural Resources; and Joshua J. Newhard, Fisheries Biologist for the U.S. Fish and Wildlife Service.

The 2011 Potomac Snakehead Tournament is open to anyone with a valid Maryland or Virginia fishing license. Participants can win cash and prizes for the heaviest fish and overall total weight. Participants can fish – hook and line or bow – beginning September 2, 2011 at 6 pm until September 3, 2011 at 12:30 pm anywhere on the tidal Potomac in Maryland or Virginia. Cost to enter is $40 online registration by September 1 or $50 day of the tournament.

A percentage of the tournament profits will be donated to the Maryland Department of Natural Resources to help fight invasive species in the Potomac River watershed. The tournament is presented by Whackfactor Outdoors, with sponsorship from ProFish, Alewife Baltimore, and yours truly.

For full details on the tournament and to register, visit the Whackfactor Outdoors website.