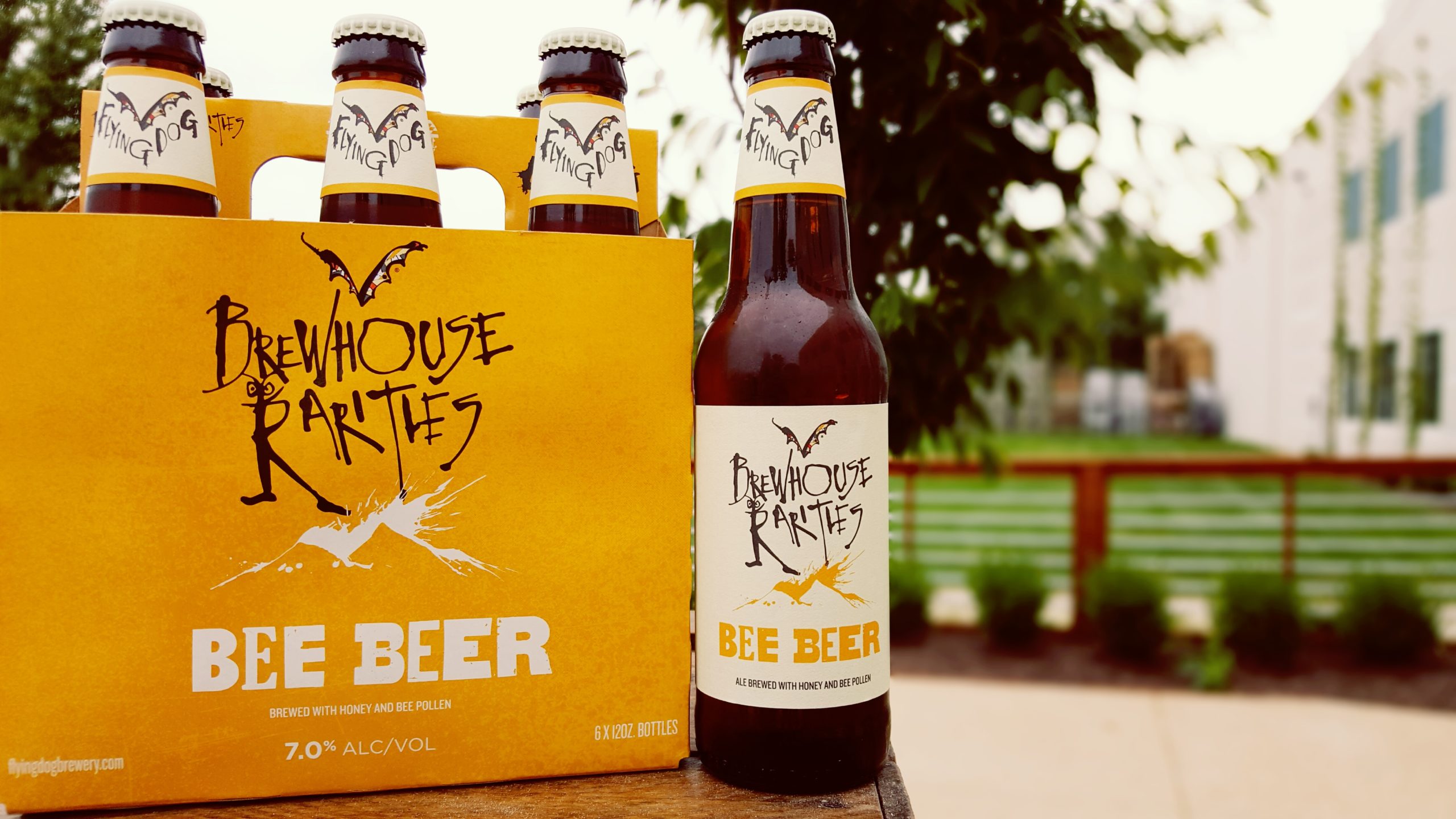 Our Brewhouse Rarities series gives everyone in the brewery a voice. Our Flying Dog University Professor, Justin, wanted his to be heard not just for a new beer concept, but the critical threat bee colony collapse poses to our ecosystem. At least one Brewhouse Rarities release every year is an agricultural collaboration, and his pitch to craft a bee beer brewed with local bee pollen and honey immediately appealed to our powers that bee.

The beer incorporates Dutch Gold Buckwheat Honey and local bee pollen from Lord Byron's Honey Apiary into an American Saison base. The golden color shows off the honey sweetness, which is present yet balanced. Justin chose buckwheat honey for its strong flavor. Strength is important because a lot of honey character ferments out during the process. The choice to use bee pollen was easy once he learned about its health benefits. (It’s high in protein and can be metabolized quickly.) A lot of breweries brew with honey, but few use bee pollen, as well, and Justin found that it adds a unique floral sweetness. Elevate your experience by drinking it alongside fresh chèvre with dried apricot and honey. (If you don't understand what half of that meant, try pairing it with a non-factory cheesecake.)

Now that you know what the buzz is all about, we'd like to see you at the brewery release on Wednesday, September 28 from 3 pm - 8 pm. You'll have the chance to hand-dip your bottles of Bee Beer in beeswax and will leave with a custom packet of Purple Coneflower seeds, a native perennial that our bees just love, from Chesapeake Valley Seeds. Planting these seeds are just one of the ways you and Joe the Plumber can help fight CCD and save the bees. You don't need to have a green thumb to get these growing, even the laziest gardner can set it and forget it. (Instructions below for once you have those bad boys in hand.)

While fine tuning the recipe with our brewmaster, Justin also developed a Flying Dog University course around bee education focusing on how everyone, even the Average Joe, can help fight colony collapse disorder (CCD). The class, The Making of Bee Beer, is a platform to educate and encourage everyone to take action against the bee colony collapse that poses a serious threat to all aspects of our ecosystem. At Flying Dog University, we believe that action starts with education, so we’re thrilled to feature two bee experts from the University of Maryland’s Research Apiary for a class on bee behavior, bee’s impact on agriculture, what’s causing colony collapse and how we can help. The class will conclude with a question and answer session and a guided beer tasting of four Flying Dog beers.

Maryland honeybee loss is among the highest in the nation and we want you to drink beer and learn about it. Head out to the release, register for the class, and find Bee Beer near you starting October 3 for a limited time.