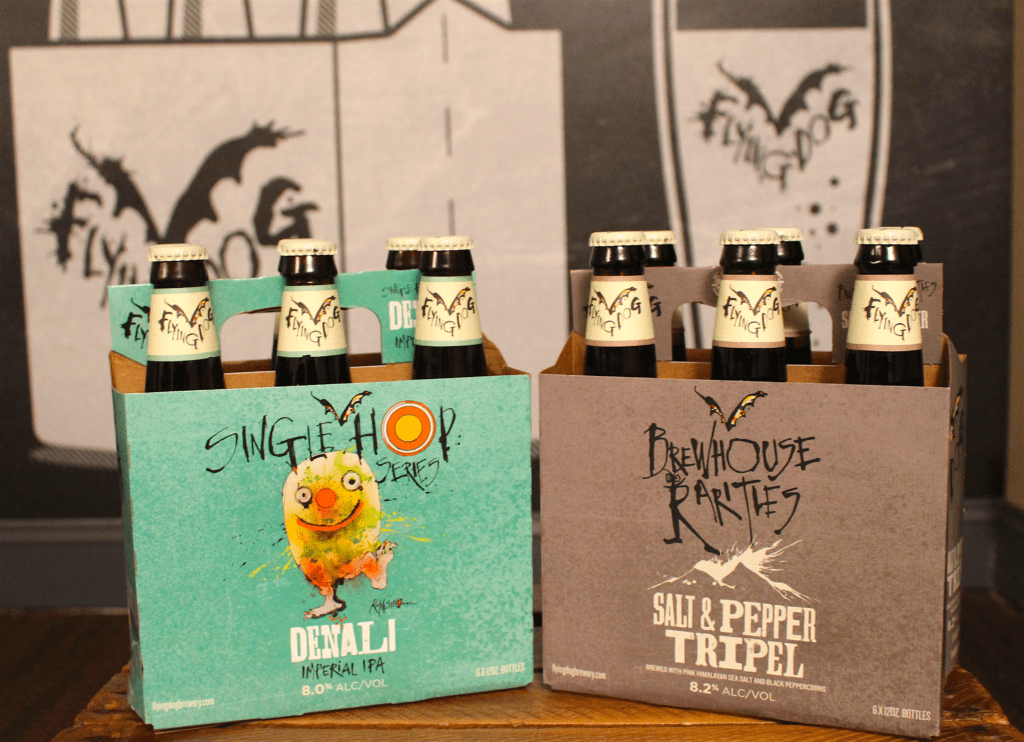 Our Brewhouse Rarities and Single Hop Imperial IPA series return for 2017 with new styles, new ingredients, new processes and new hop varieties. Here's a look at our first releases of the year.

Our Brewhouse Rarities series is the opportunity for everyone’s voice to be heard. When Kerry, a former tour guide and now nursing student at Dusquesne University, took her first sip of a Belgian Tripel, she went craft and never looked back. Her concept of a Salt and Pepper Tripel was so intriguing to our brewmaster that he didn’t mind working with her long-distance to bring it to fruition.

Thanks to modern technology and pilot-batch Crowler deliveries, the ingredients were dialed in over the last few months. What makes this rarity unique? The combination of pink Himalayan sea salt, which reminded Kerry of Flying Dog's earliest beginnings on K2, and black peppercorn, combined with Belgian yeast maintains the lovely, disarming notes of citrus and banana while making room for sultry notes of pepper and salt. Its 8.2% ABV is hidden amongst these delicious flavors and is sure to keep you warm. Kerry say's it's her little black dress, great for any occasion and pairs perfectly with a big, hearty chili. /mic drop

Now in its sixth year, we continue to showcase new and cutting-edge hop varieties in our Single Hop Imperial IPA series. Our brewers have never worked with any of the hops in our 2017 releases. (Best blind date ever.) Our first foray, Denali, is newly-graduated from experimental hop status and our COO and Brewmaster duo of Matt Brophy and Ben Clark made a point to snatch it up during their annual hop-selection trip to Yakima Valley. It packs a unique blend of pineapple, pine and citrus.

Here's the back of the card stats for the beer geeks:

As always, you can pick up these beauties at the source. Salt and Pepper Tripel will be unleashed today in our tasting room and it's hitting shelves across the Mid-Atlantic as you read this. Denali will be available in the tasting room on January 20, and will hit shelves the following week.