Roland: The Headless Thompson Gunner and the Imperial Brown Ale 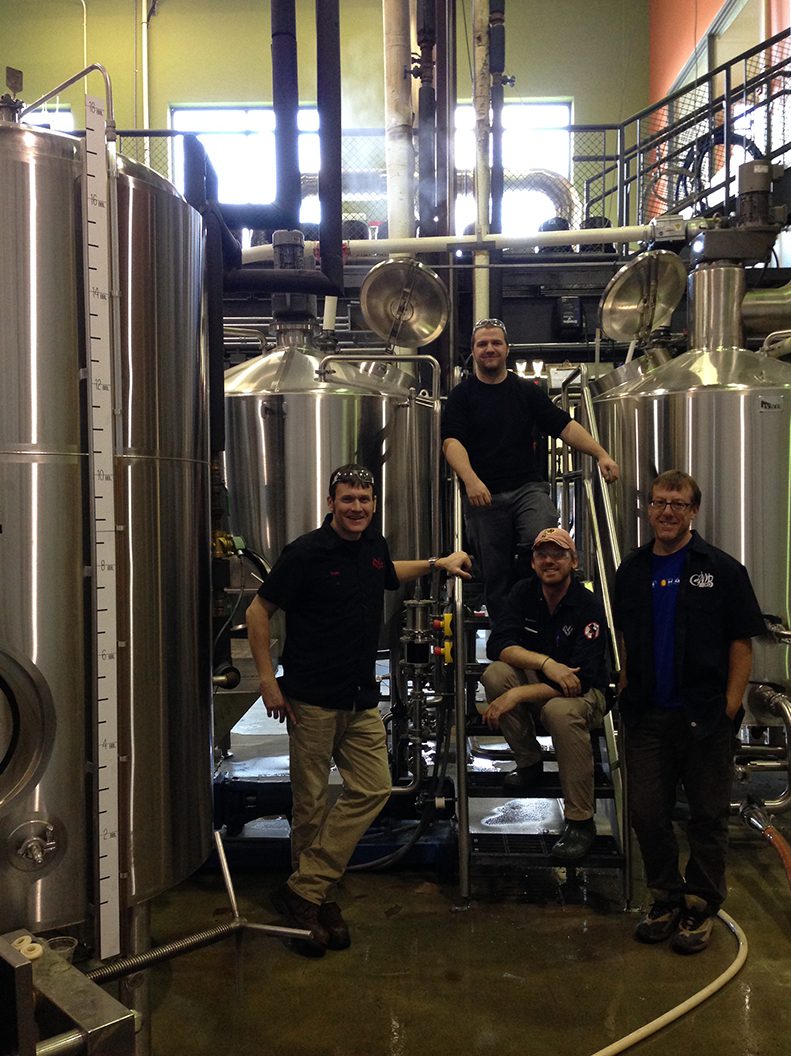 "A warrior from the land of the midnight sun" and a collaboration between two veteran brewers and longtime friends.

Our Brewmaster Matt Brophy and John Allshouse, head brewer at Crazy Mountain Brewery in Colorado's Vail Valley, worked together in the '90s at Great Divide. After their shift, they would drive up to the mountains and brew together at a brewpub in Keystone. So when the two of them reunited years later at hop selection in the Pacific Northwest, the old times came a' calling.

They decided to explore using the same ingredients, but with different proportions, to craft two different beers with different grist percentages, hop volumes and final ABV. John came out to our Frederick brewery in mid-November to brew an Imperial Brown Ale and a few weeks later, Matt went to Crazy Mountain to brew an India Brown Ale.

The beers were (aptly and respectively) named Roland and Roland Jr., an homage to the Warren Zevon song "Roland the Headless Thompson Gunner." Zevon focused on the obscure and weird, whether alone or collaborating, and he always said that lyrics — specifically the manipulation of words — made the song, just like the manipulation of ingredients made these two different beers. (He also co-wrote Roland with an ex-mercenary bar owner "over many jars," which seemed all too appropriate.)

Heading to Vail? 99.9% of the craft beer-drinking population is insanely jealous. Coming to get your growler fill? Here are some details from Matt on Roland: