A Reinterpretation of Raging Bitch for Amber Waves 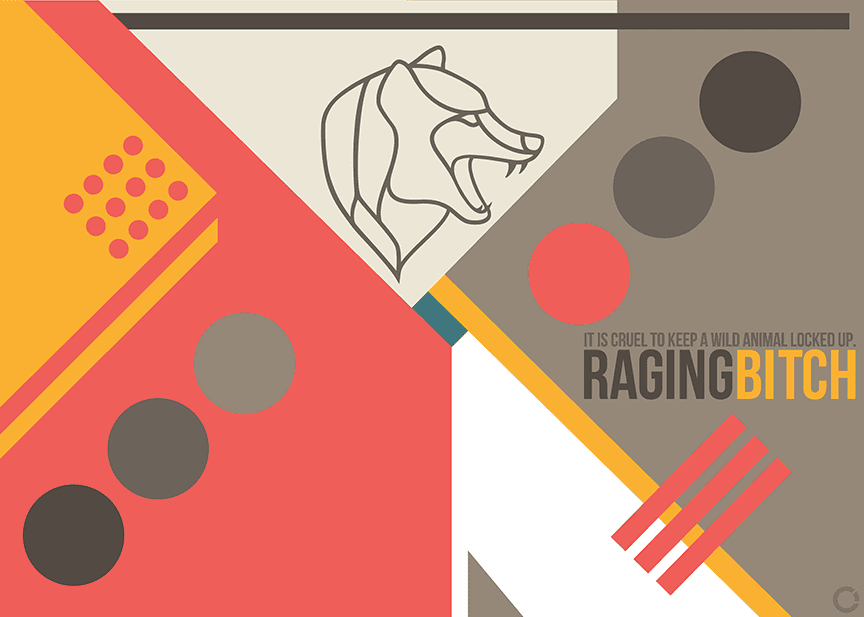 Amber Waves: The Art of American Craft Beer features more than 25 craft breweries showcasing their art in both a traditional and liquid form. Hosted by Victory and Dogfish Head, it will be held April 10 during the Craft Brewers Conference in Denver, Colorado.

Our liquid contribution is Lucky SOB Irish Red and the art is a reinterpretation of Ralph Steadman's infamous Raging Bitch by Michael Van Hall. Michael oversees the Committee on Opprobriations, a DC-based design project founded in 2012.

Here is Michael's take on his kick ass departure from Ralph's iconic (and chaotic) style:

Being asked to reinterpret the work of a master is daunting. Ralph's style is so arresting and distinct, not to mention well loved. I wanted to treat the task as a chance to pay homage to Ralph instead of just mimicking or editing one of his works. To accomplish that, I centered the concept for the piece around a quote from Ralph on the Raging Bitch label.

The strain of Modernism that the Committee on Opprobriations employs is the opposite of Ralph's iconic style. My goal is to achieve the maximum visual effect by using as little design as possible. Setting that minimalist approach against Ralph's quote "it is cruel to keep a wild animal locked up" resulted in a nice visual contrast.

It is quite an honor to have the chance to collaborate with Flying Dog on this piece for Amber Waves. Unlike many, the folks at Flying Dog share my view that labels on products are more than just a commercial tool. Labels should be cool looking because they are an inescapable visual component of everyday life. We should appreciate the thoughtfulness behind a compelling label -- odds are the product on the inside is given the same degree of care as the design on the outside.

And here's a little more on the Committee on Opprobriations and its equally bad ass Single Hop Project:

The word "opprobriations" combines the words "opprobrium" and "appropriations" -- the former to underline the committee's challenge of traditional concepts, and the latter to acknowledge the adoption of Modernist design principles.

With the Single Hop Project, the committee is attempting to generate a better understanding of specific hops and to promote an appreciation of the differences between them, especially to the uninitiated. The project is made up of numerous prints; each one features a single hop and lists the percentages of the alpha, beta, and cohumulone acids, as well as the commercial release date and the hop’s country of origin.

Michael's original work will be auctioned off at Amber Waves, with all proceeds benefiting the nonprofit Redline Art Gallery. Tickets for the event are $25 and on sale now at AmberWavesEvent.com.