of Montreal Listening Party at The Brewer's Art July 27 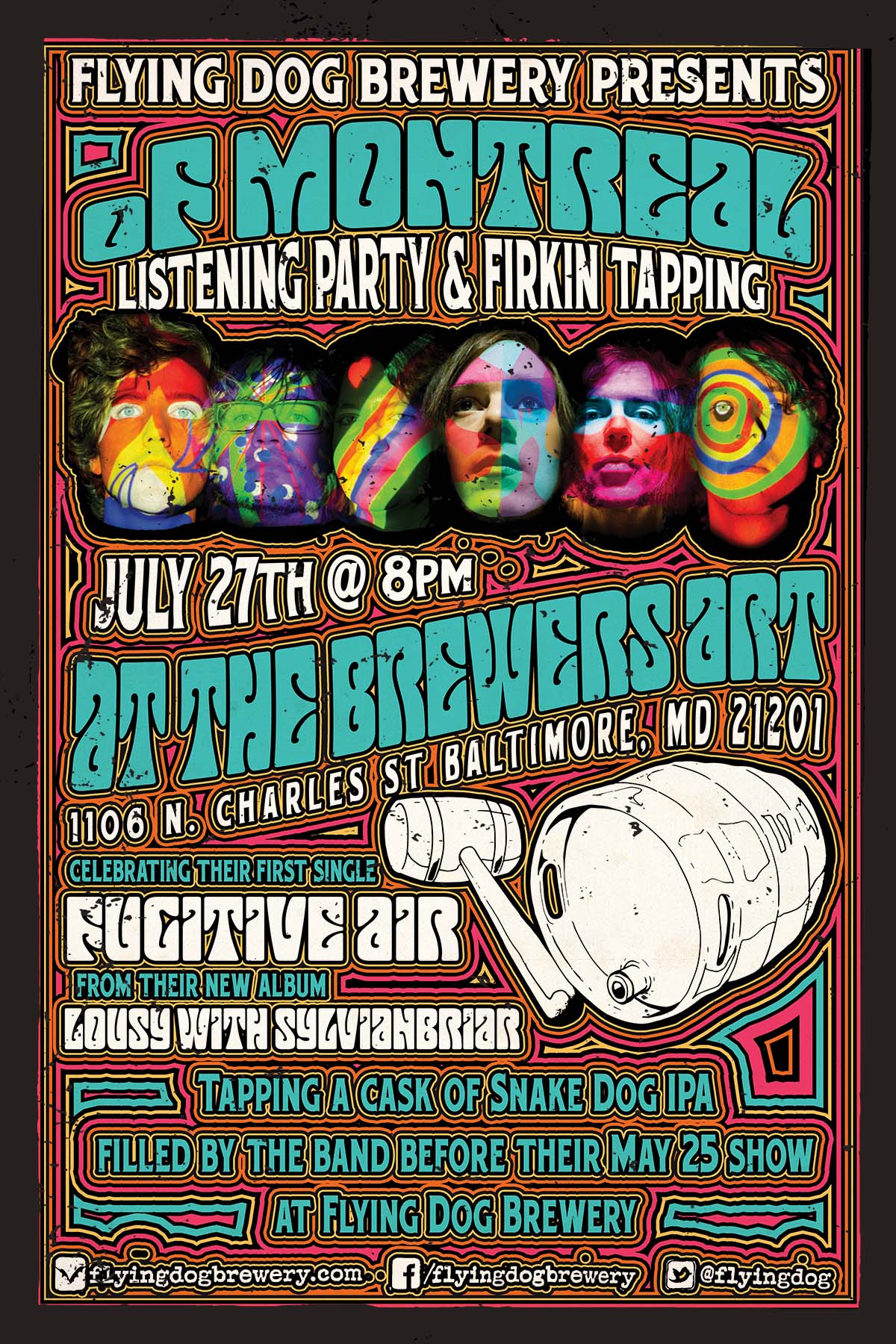 Hours before their May 25 show at Flying Dog, of Montreal filled a firkin of Snake Dog IPA and hand-selected special ingredients for the cask, which will be tapped at The Brewer's Art on Saturday to celebrate “fugitive air,” the first single from their new album lousy with sylvianbriar.

“I knew I wanted the process to be more in line with the way people use to make albums in the late 60s and early 70s,” Barnes told us. “I wanted to work fast and to maintain a high level of spontaneity and immediacy. I wanted the songs to be more lyric-driven, and for the instrumental arrangements to be understated and uncluttered.”

Barnes’ back-to-basics approach to this new album coupled with the band’s involvement in the traditional cask ale process showcases how both art forms – music and craft beer – go hand in hand.

The listening party will begin at 8 pm and feature giveaways of the new album, along with copies of David Barnes’ – Kevin’s brother and of Montreal art director – book, What’s Weird. For the cask, the members of of Montreal chose Galaxy and Sorachi Ace hops, which will provide bright tropical fruit, citrus, and herbal notes to the already-hop-heavy Snake Dog IPA.