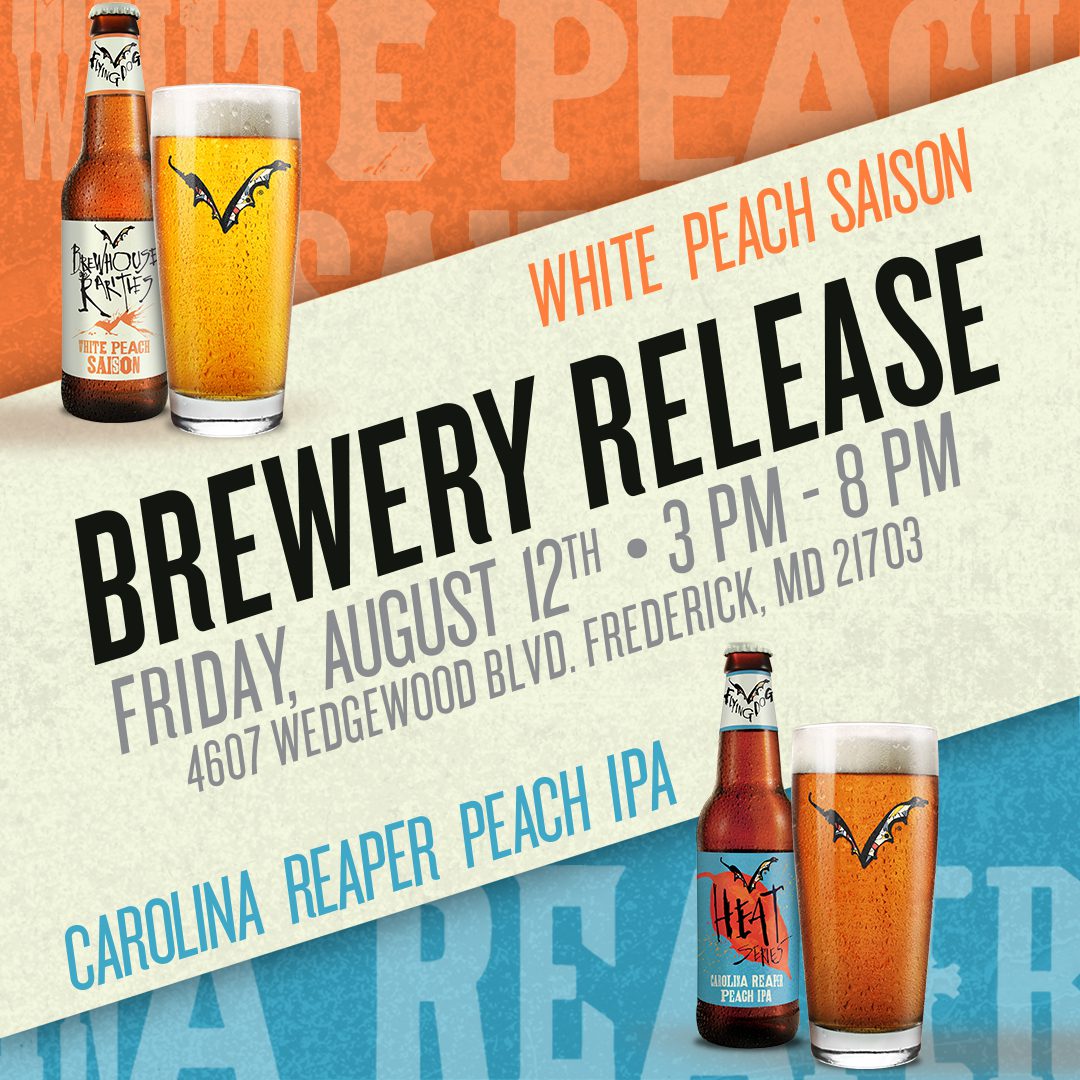 You know how sometimes you hear about something for the first time and you hate yourself for not having discovered said thing sooner? We just discovered one such gem: An electric violinist rocking out to The Presidents of the United States of America. "Peaches," of course. We couldn't keep this one to ourselves, so we are sharing it with the world this Friday for our brewery release of Heat Series Carolina Reaper Peach IPA and Brewhouse Rarities White Peach Saison.

If the marketing minds of Erin and Nate had it any other way, they'd drink peaches every day. Their Brewhouse Rarities pitch for a White Peach Saison was based on their well-shared love of saisons...and involved entrance music. (We'll let you guess the song.) For this late-summer release, they thought delicate white peach would lend a beautiful nuance to a the chewy wheat and peppery spice of a French Saison. The candy-sweet character of El Dorado hops added a modern twist to the beer, which is already high on our crushability scale.

With a few Heat Series releases under our belt, we thought it was time to turn it up...a few million Scoville units. We go pretty hard in the paint and didn't want anyone to accuse of half-assery, so we linked up with Puckerbutt Pepper Company's Smokin' Ed Currie and the world's hottest pepper. Prior to the cross-breeding of the Carolina Reaper, the hottest pepper came in at 1.5 million SHU (Scoville Heat Units). After Carolina Reaper was introduced, it jumped up to 2.2 million SHU. This beer's sweet peach and juicy hops hit you first and then the Reaper chews you up and spits you out. One to fear, for sure.

If you aren't sold on these beers, here is one last ditch effort to convince you to embrace the peach:

1. The first basketball game ever played used peach baskets as hoops.
2. Peach is an excellent choice for a driver in MarioKart, if you want to get passed by Yoshi.
3. Nicolas Cage loves peach.

See you Friday, August 12 from 3-8 pm. If you can't make it out to the brewery, use our handy-dandy Beer Finder and track down Flying Dog near you.