Largest Tap Takeover in the History of the World 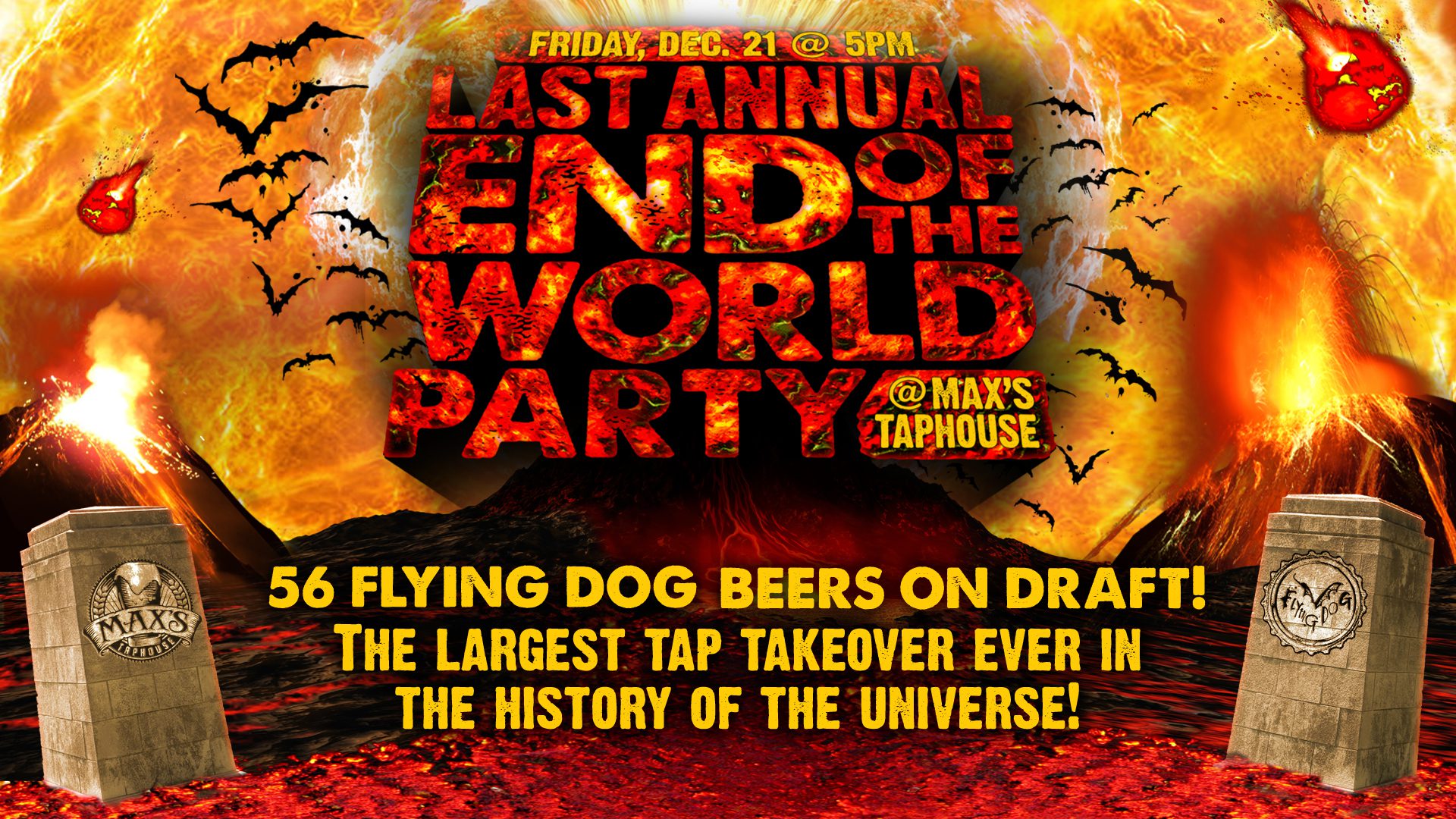 On Friday, December 21, the Mayan calendar will expire, alongside planet earth, and we're going to party like there's no tomorrow -- mainly, because there won't be.

Starting at 5 pm, Max's will have 56 Flying Dog beers on tap, making it the largest tap takeover in this history of the world.

In addition to our year-round and seasonal offerings, more small-batch, limited releases will be available including vintage Kujo Imperial Coffee Stout, all six 2012 Single Hop Imperial IPAs, and the premiere of the first, and last, 2013 Brewhouse Rarities release, a Chipotle Dark Ale.

Even though the end will be inevitably near, showcasing our first Brewhouse Rarities release for 2013 will provide a false sense of hope that you will not be led into the blinding light of a fiery inferno.

Not ignoring the Will Smith and his German Shepard factor, all attendees will also receive a ticket for our Rapture Raffle. Survival tools like industrial-sized packs of toilet paper and Leonard Bernstein’s Greatest Hits on cassette will be on hand for those who may actually survive the end of the world.

In addition, both Max’s Taphouse and yours truly agreed to invest in a really big countdown clock.