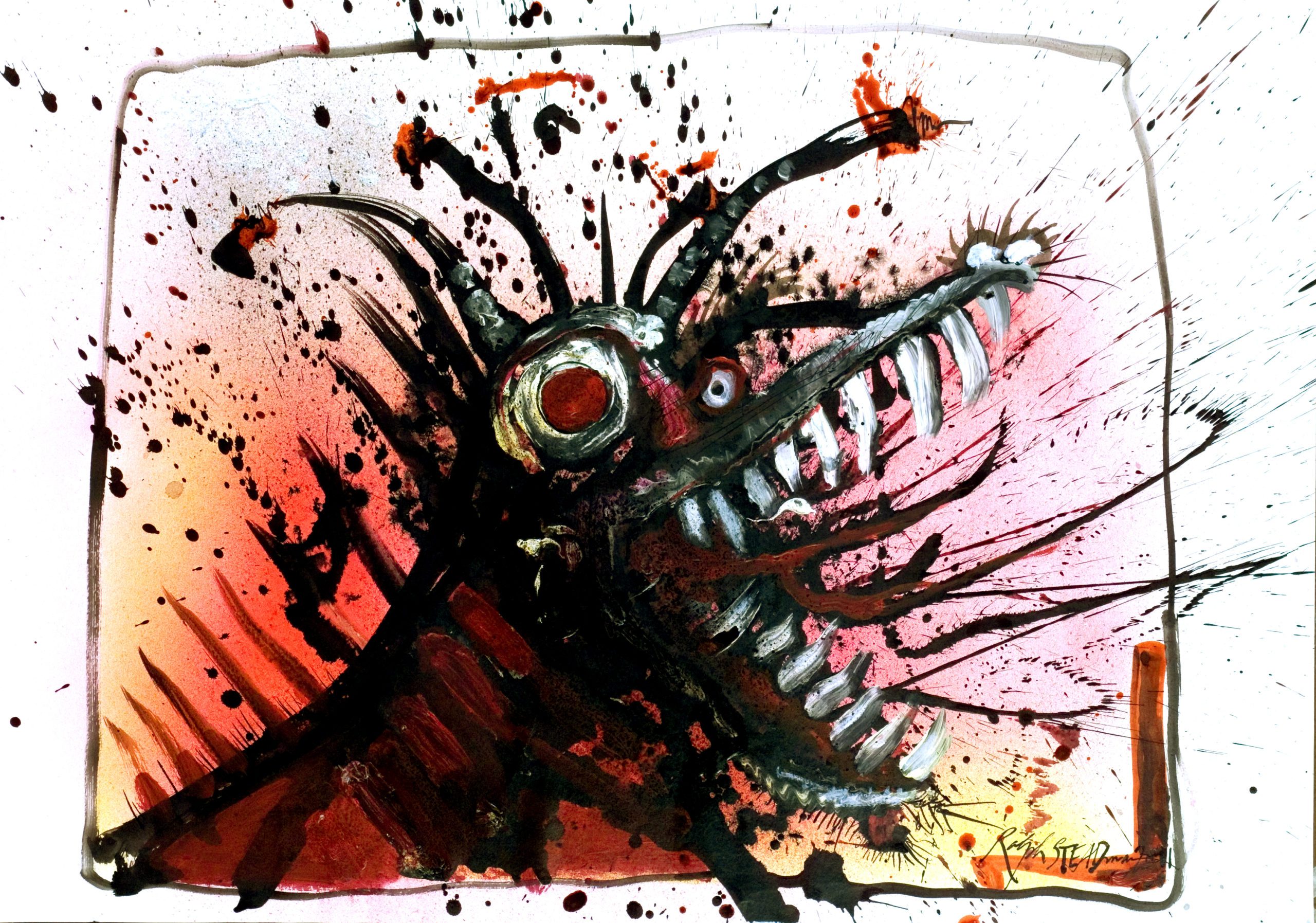 “Enjoy your new pet!” Ralph Steadman exclaimed as he unleashed new art on the world.

That pet is Kujo, our Imperial Coffee Stout hitting shelves and draft lines in the mid-Atlantic next week. Once an experimental release named simply Coffee Stout, the brew has now found its spot in our permanent seasonal rotation and will be released each winter.

The most exciting part of inaugurating a new beer is getting original art for it from Steadman. And what he sent was terrifyingly brilliant. We could feel the aggression coming off of it -- perfect for such an intense beer.

Kujo is the savage spawn of two brewing worlds – coffee and beer – colliding. But in that collision, there's a balance between rich and roasted stout characteristics and the deep, dark coffee notes. The result is an 8.9% ABV brew made with locally-roasted coffee from Black Dog Coffee out of Summit Point, West Virginia.

Can't control the urge to try it? We've got the following Kujo launch parties on the books: