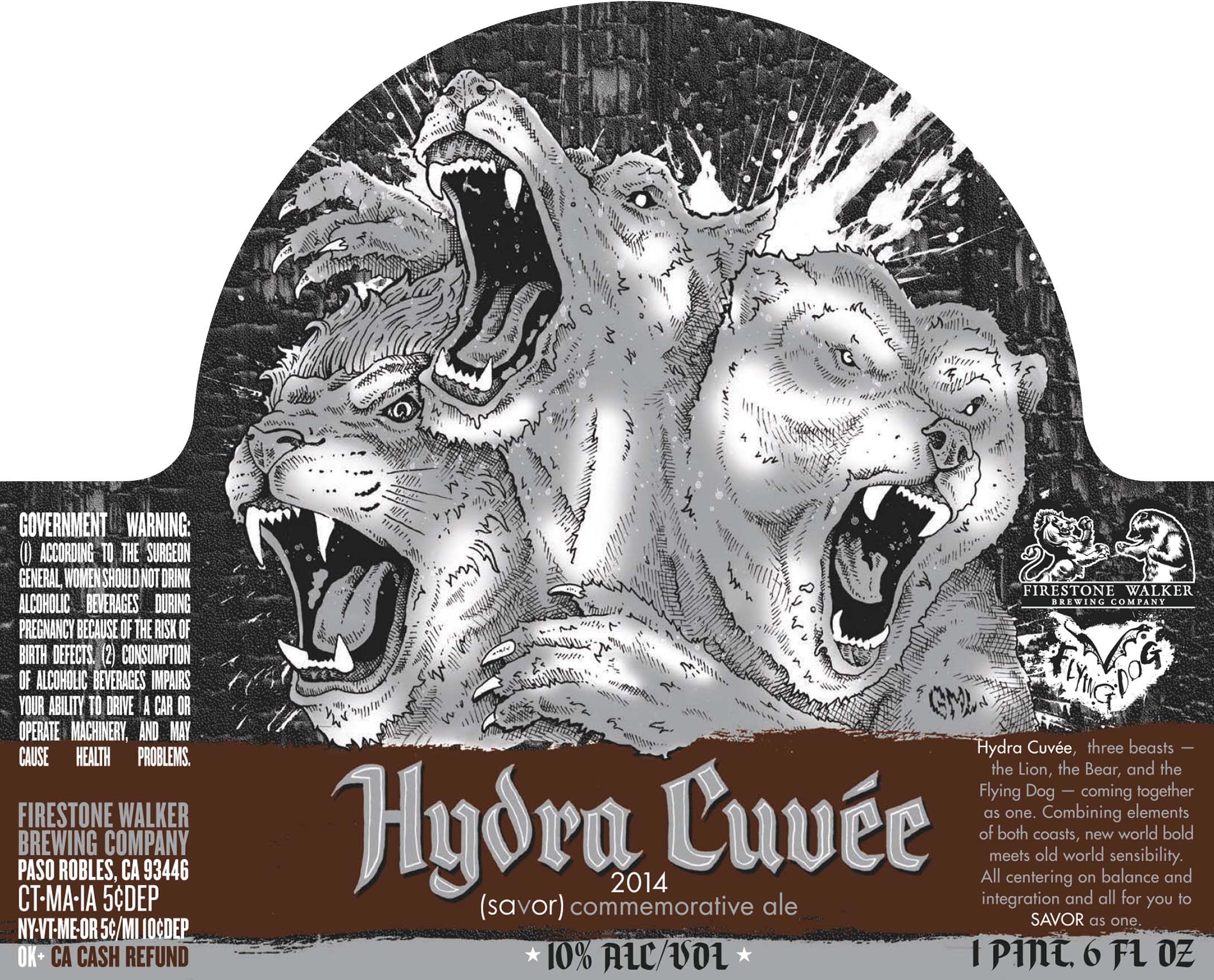 The Hydra represents three beasts - The Lion, the Bear, and the Flying Dog - coming together as one. The Cuvée? A blend of four different beers: two barrel-aged beers, a robust Imperial Porter, and a dark-as-night Black Rye IPA.

The barrel-aged beers were selected from Firestone Walker's Barrelworks program Monday by brewmasters Matt Brophy (ours) and Matt Brynildson (theirs). They chose Bravo, a bourbon barrel-aged Imperial Brown Ale, and DDBA, a bourbon barrel-aged Special English Bitter. These two beers will be blended with the Imperial Porter, inspired by our Gonzo, and Wookey Jack Black Rye IPA to create the Hydra Cuvée.

Hydra Cuvée will be available exclusively at SAVOR: A Craft Beer and Food Experience May 9-10 in Washington, DC. Tickets go on sale TODAY -- Wednesday, March 26 -- at noon and sell out fast. Don't say we didn't warn you.