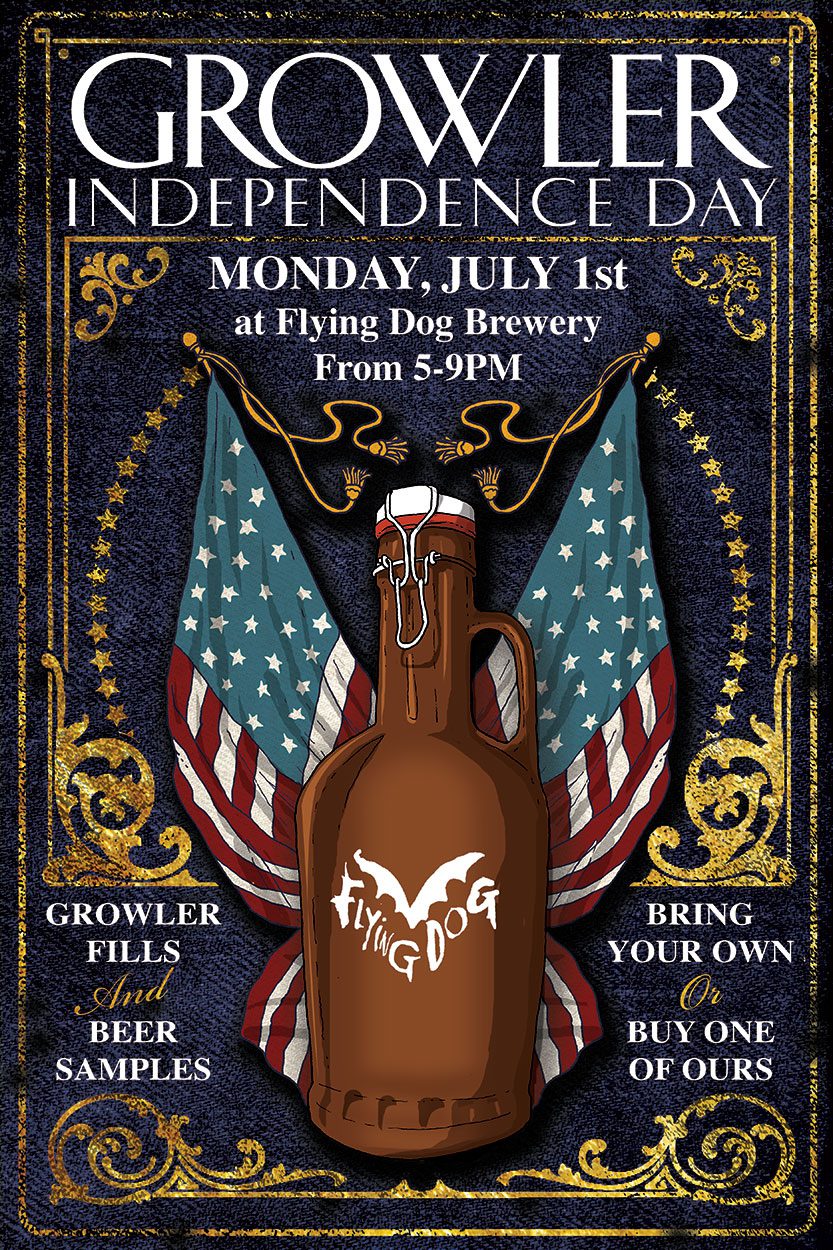 When in the course of beer production, it becomes necessary for one brewery to dissolve the regulations which have disconnected growlers with the people, and to assume among the powers of the beer, the separate and equal station to which the Laws of Maryland entitle them, a decent respect to the opinions of our craft beer brethren requires that they should declare the causes which impel them to the separation.

We hold these truths to be self-evident, that all beer drinkers are created equal, that they are endowed by their palate with certain unalienable Rights, that among these are Life, Liberty, and a growler from your local brewery.

Let it be known that the first day of July in the year two thousand and thirteen shall be known, from that day forth, as Growler Independence Day.

* The brewery will be closed Thursday, July 4 for that other Independence Day.