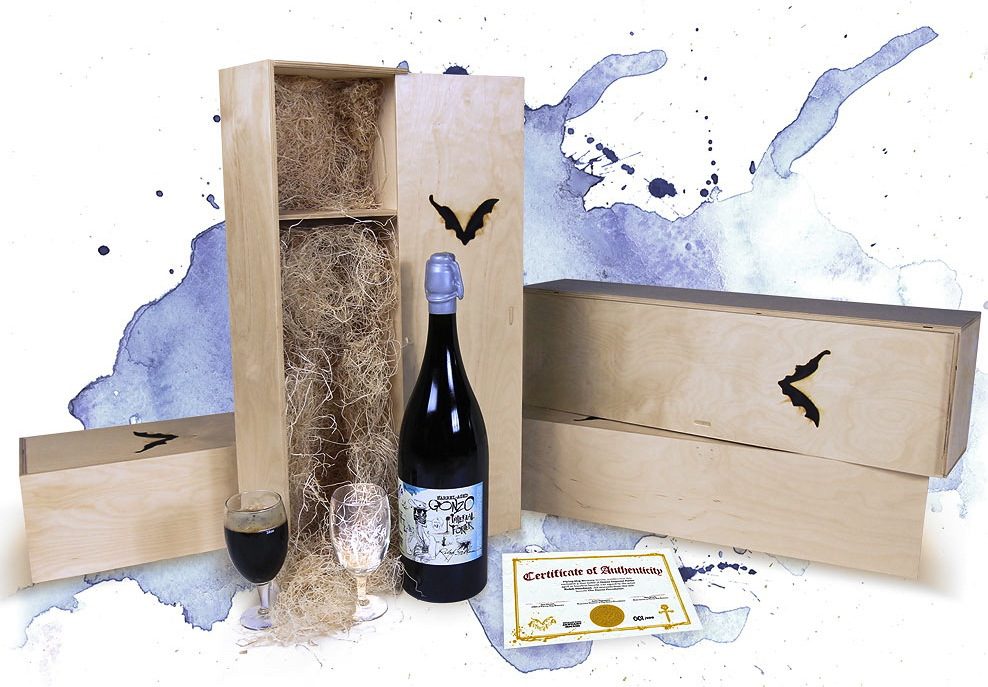 When Hunter S. Thompson died in 2005, we paid tribute the only way it knew how: A beer.

Gonzo is a deep, dark, and rich Imperial Porter with notes of chocolate, roast, and a swift kick of hop bitterness at the end – the latter something we knew the Good Doctor would appreciate.

And Ralph Steadman, Hunter’s partner in crime and pursuit of the American Dream, followed suit with a now-iconic illustration of a cigarette-smoking skeleton proclaiming “OK, let’s party,” which adorns each bottle of Gonzo Imperial Porter to this day.

Now, we've teamed up with our longtime label artist, who is 77 years old, on limited-edition double magnums (3-liter bottles) of Barrel-Aged Gonzo Imperial Porter signed by Ralph himself.

Typically released once a year in 750-ml bottles in extremely limited supply, Barrel-Aged Gonzo is six months in the making, with the finished beer aged for a minimum of three months in oak whiskey barrels.The result is an even more complex flavor profile with vanilla notes from the oak and subtle and soothing whiskey warmth.

Only 100 double magnums were produced and signed by Ralph. Each bottle is sealed in wax and comes in a custom-fitted wooden display box branded with the Flying Dog logo. A numbered certificate of authenticity and pair of Flying Dog goblets are also included with each bottle.

These collector’s items are $500 each and on sale now exclusively at the Flying Dog Brewery gift shop*. All of the proceeds benefit The Gonzo Foundation, a nonprofit organization created to promote literature, journalism, and political activism through the legacy of Hunter S. Thompson. It was established by Hunter’s wife, Anita Thompson, and is based at Owl Farm in Woody Creek, Colorado.

* Due to Maryland state laws, we are unable to ship. Limit one per person.