Gonzo: The Man, The Beer, The Dessert, The Art

People of all ages, worldviews, and political persuasions continue to be in awe of Hunter S. Thompson's intellectual genius.  William F. Buckley, Jr., the preeminent voice of American conservatism, was one such admirer.  WFB described Generation of Swine as "indisputably a hugely important sociological phenomenon" and WFB's quote on the back cover of The Gonzo Papers Anthology is one of my favorites.  According to WFB, "Hunter S. Thompson elicits the same kind of admiration one would feel for a streaker at Queen Victoria's funeral."

We had a party here at the brewery for our wholesaler partners and friends from Premium Distributors of Maryland and Washington DC and many energizing conversations centered on Hunter S. Thompson and politics.

Gonzo Imperial Porter was on tap, of course, but Gonzo also found its way into the food offerings.

The grand finale dessert after world-class barbecue from our friends and supporters at The Black Hog was a scoop of Edy's Chocolate Fudge Crunch ice cream in (Stranahan's) Whiskey Barrel-Aged Gonzo Imperial Porter topped with whipped cream and chocolate chips.  Indescribable.  Truly incredible. 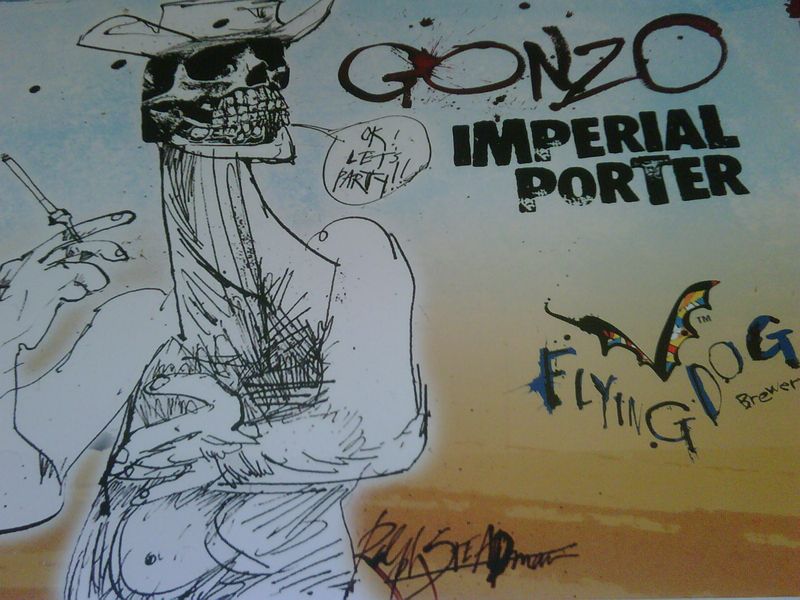 We love you, Ralph Steadman!