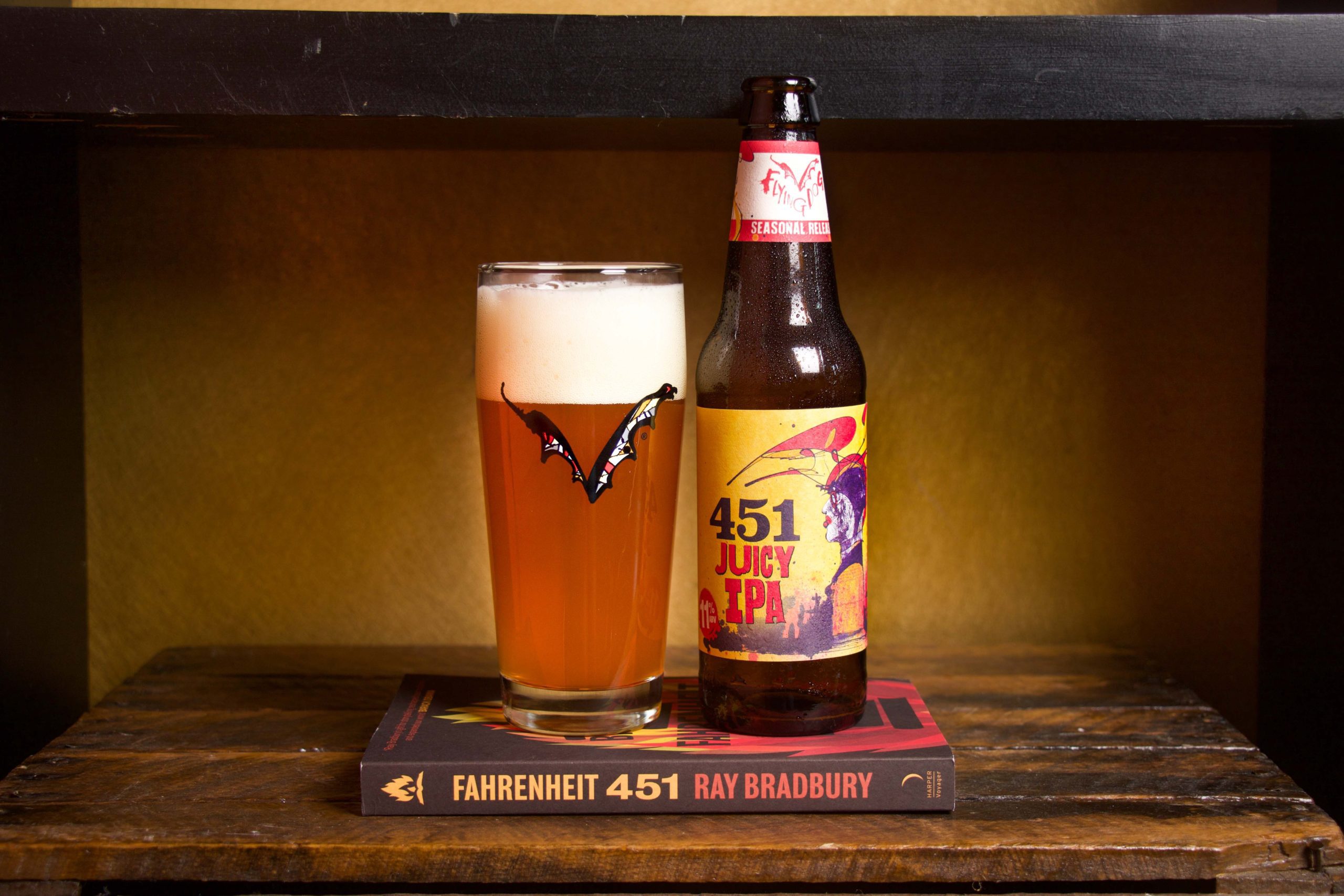 The brewery known for high ABV beers and anti-censorship fights would like to introduce you to a new IPA that combines the two – 451 Juicy IPA.

This 11% ABV bombshell will blow you away with its juicy fruity flavors and low bitterness. Despite clocking in at 11%, 451 is an incredibly approachable and drinkable beer. Over 95% of the hops are added late in the process, this dry hopping amps up the aroma and flavor while keeping the beer’s bitterness low, letting 451’s juicy fruit flavors dominate. This medium bodied imperial stays soft on the palette with its alcohol content being nearly unnoticeable in the flavor...so don’t be surprised if you go for a second and miss, cause you know, 11%.

Fuck Censorship
The name and artwork on the bottle refer to Fahrenheit 451, the 1953 dystopian novel about censorship by author Ray Bradbury. The label art comes from a 2003 illustrated edition of the novel done by the one and only Ralph Steadman, in honor of the book’s 50th anniversary. The book’s title refers to the temperature at which paper ignites and spontaneously bursts into flames.

Fahrenheit 451 has been banned in the past, so the book’s history and content, plus the resurgence of book burnings and bans in our country this year, motivated Flying Dog to utilize the release of this beer as a platform to talk about freedom of expression. Here at Flying Dog, we don’t take kindly to censorship and our passion for freedom of expression is no secret, so we’re using the release of 451 to remind people that banning books is dumb.

In support of 451’s April launch, we will celebrate the countless books that have been censored, removed or restricted from bookshelves for the past century. Flying Dog will share content using the hashtag #451BookReports highlighting the humor and absurdity of banning of these titles.

This isn’t our first rodeo...
​Flying Dog has a long history of standing up to censorship. When Colorado and then Michigan violated Flying Dog's 1st Amendment rights, Flying Dog sued and won both times. Flying Dog currently has a 1st Amendment lawsuit against North Carolina pending in federal court. While on the surface these lawsuits are about beer labels, they are really about defending the 1st Amendment at the margin where all these battles are fought. Civil liberties are not lost overnight, they are chipped away at bit by bit unless vigorously defended.

451 Juicy IPA is a limited release that is available now. Hit up the Beer Finder to track it down near you.