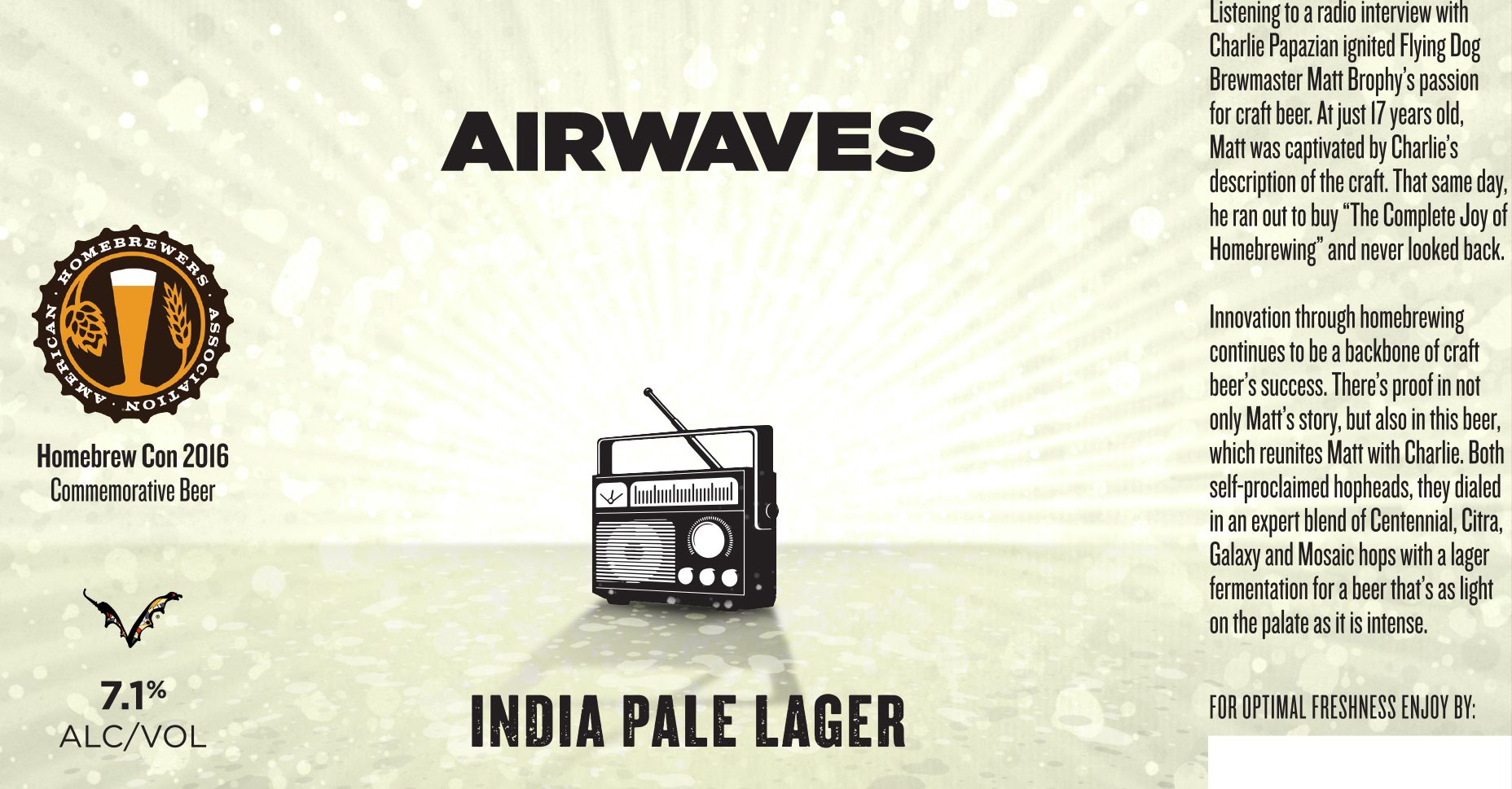 Matt Brophy was first introduced to brewing while listening to the smooth sounds of Charlie Papazian, renowned godfather of homebrewing and nuclear physicist, discussing the trials and tribulations of brewing on NPR. A then 17-year-old Matt was so inspired, he ran out to buy Charlie's penultimate The Complete Joy of Homebrewing. The rest, as they say, is history.

Now some years later, a perfect storm of brewing conditions would cause Matt and Charlie's paths to cross again. The American Homebrewers Association, whose membership refers to Charlie as Mr. President, held their annual conference in Baltimore earlier this summer, just east of our fair brewery. Matt and Charlie connected and put together the aptly-named Airwaves, an India Pale Lager that showcases Matt and Charlie's collective love of hops.

To no one's surprise the commemorative beer was a hit, and while we only brewed enough for the conference we knew we would have homebrewers looking for more. We tucked a little bit away and got the go ahead to share the recipe with you so that is exactly what we plan to do.

On Wednesday, July 20 stop by the brewery and enjoy a sample of Airwaves and pick up the recipe to brew at home or share with friends. It's like the old saying goes, give a man a beer and his immediate thirst will be satisfied, teach a man to brew and he will lead a life of passion and purpose.