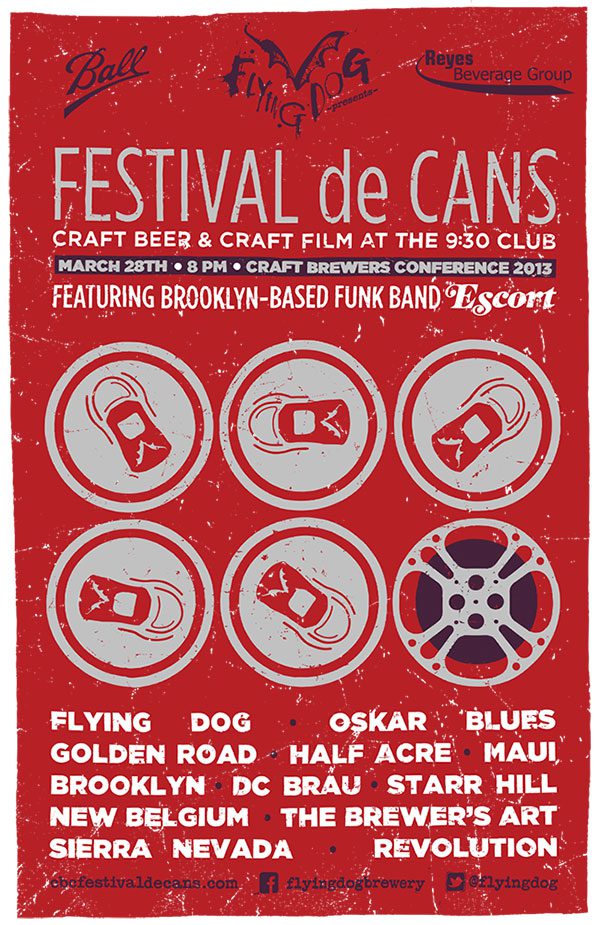 As the who's who of the craft beer industry descend on the District this March for the annual Craft Brewers Conference, Flying Dog Brewery, Ball and Reyes Beverage Group bring you Festival de Cans -- a beer-focused film festival.

Each film will be screened alongside some of the best vintage beer television commercials. (Patrick Swayze for PBR, anyone?)

Following the screenings will be a performance by Brooklyn-based funk band Escort, who's latest album was named one of the top releases in 2012 by Rolling Stone Magazine.

Tickets are $25 and on sale now through the 9:30 Club. Only 500 public tickets are available and this will sell out.