The most important election of your life is upon you. On Tuesday, November 8 (after you punch your ballot to determine whose asses will be filling overpriced chairs in Washington) make your way to ChurchKey and do your democratic duty once more by VOTING FOR THE TRUTH.

We asked five of the District's top brass in craft beer to create their own cask of The Truth Imperial IPA for the good people of DC to drink as the actual election results roll in.

Knowledge is power. Educate yourself on the issues and vote. #ElectTheTruth2016 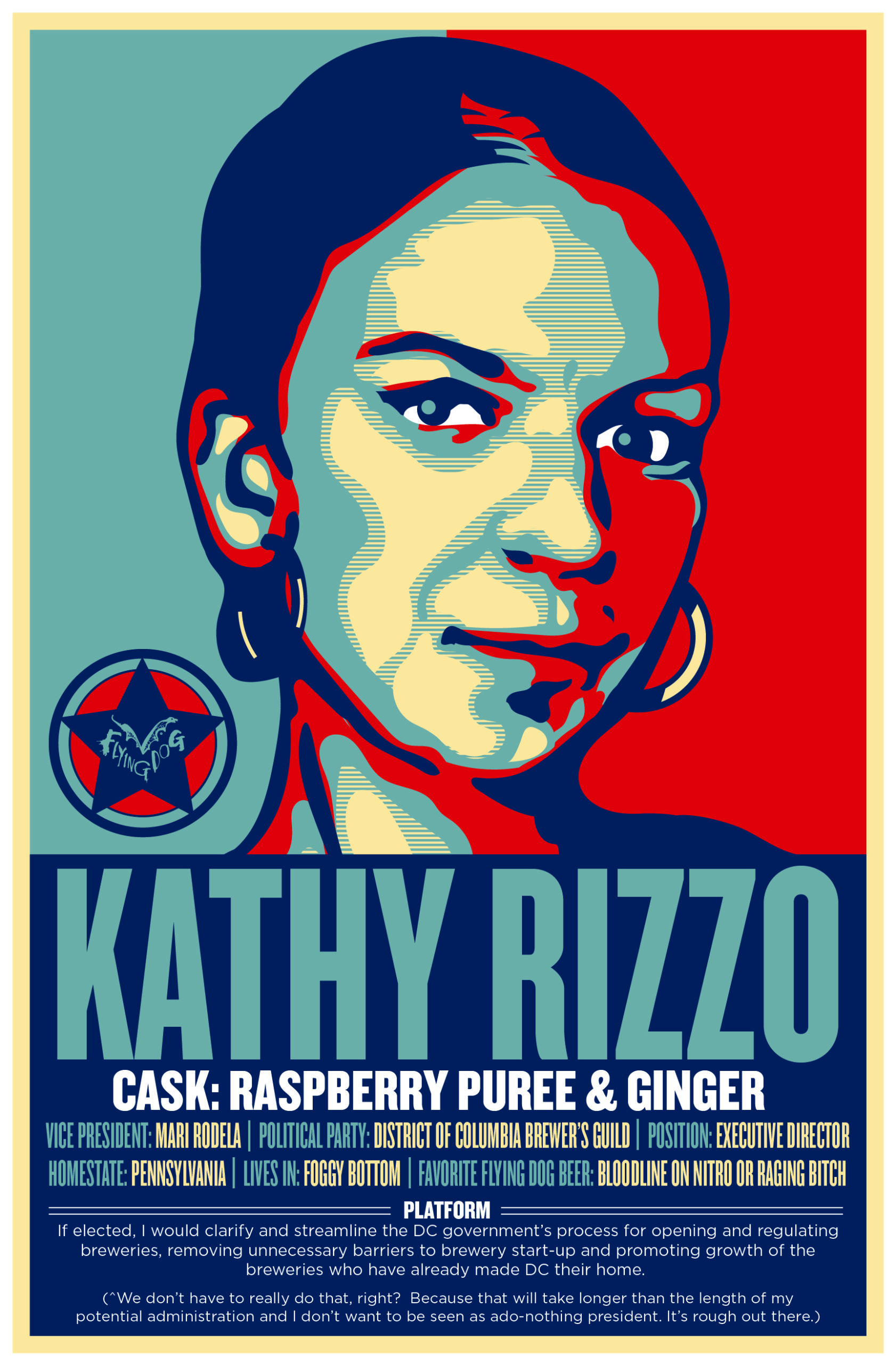 CASK: The Truth Imperial IPA with raspberry puree and ginger
POLITICAL PARTY: District of Columbia Brewers’ Guild
PLATFORM: If elected, I would clarify and streamline the DC government’s process for opening and regulating breweries, removing unnecessary barriers to brewery start-up and promoting growth of the breweries that have already made DC their home. (We don’t have to really do that, right?  Because that will take longer than the length of my potential administration and I don’t want to be seen as a do-nothing president.  It’s rough out there.) 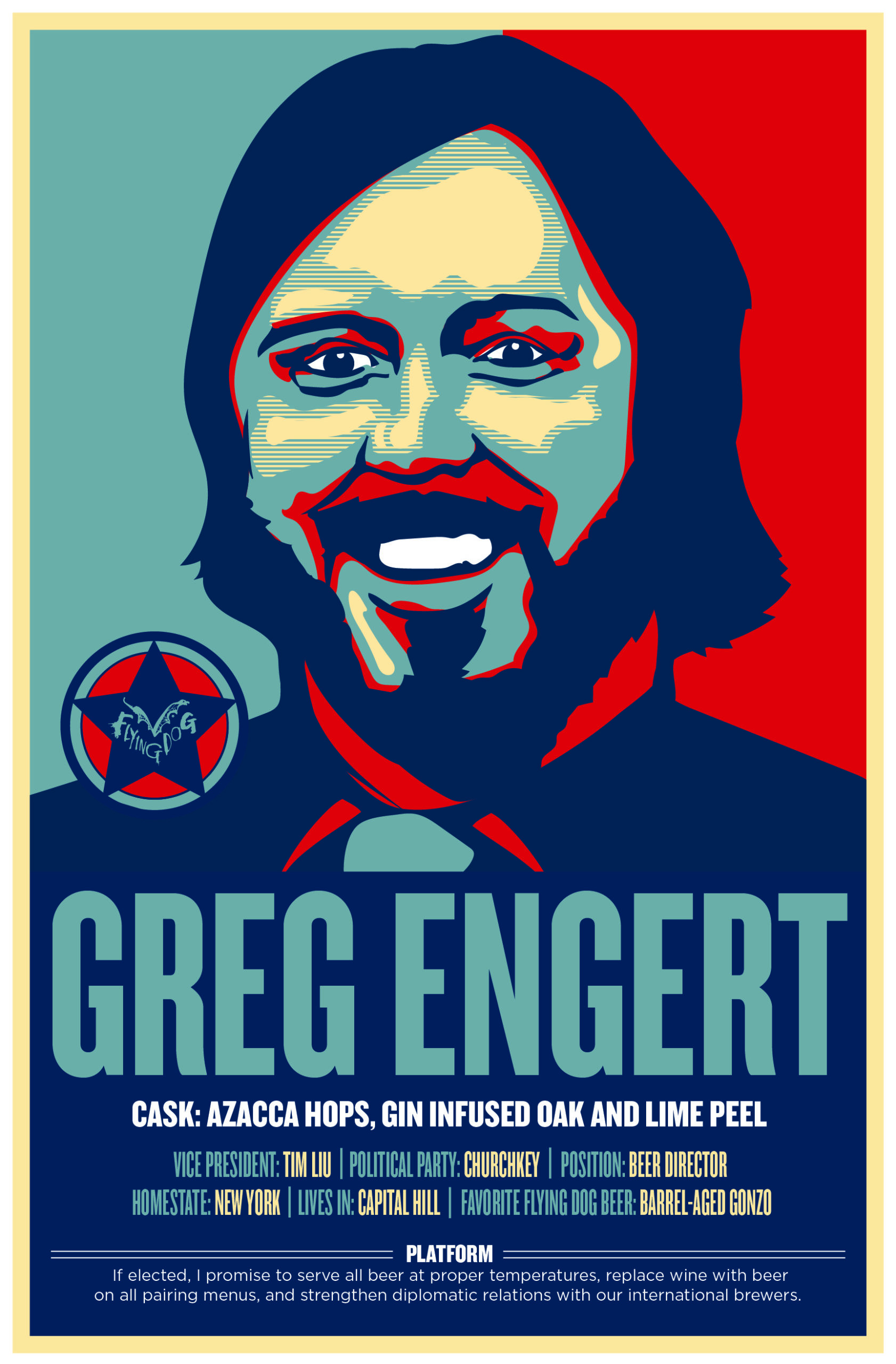 CASK: The Truth Imperial IPA with Azacca hops, gin-infused oak and lime peel
POLITICAL PARTY: ChurchKey
PLATFORM: If elected, I promise to serve all beer at proper temperatures, replace wine with beer on all pairing menus, and strengthen diplomatic relations with our international brewers. 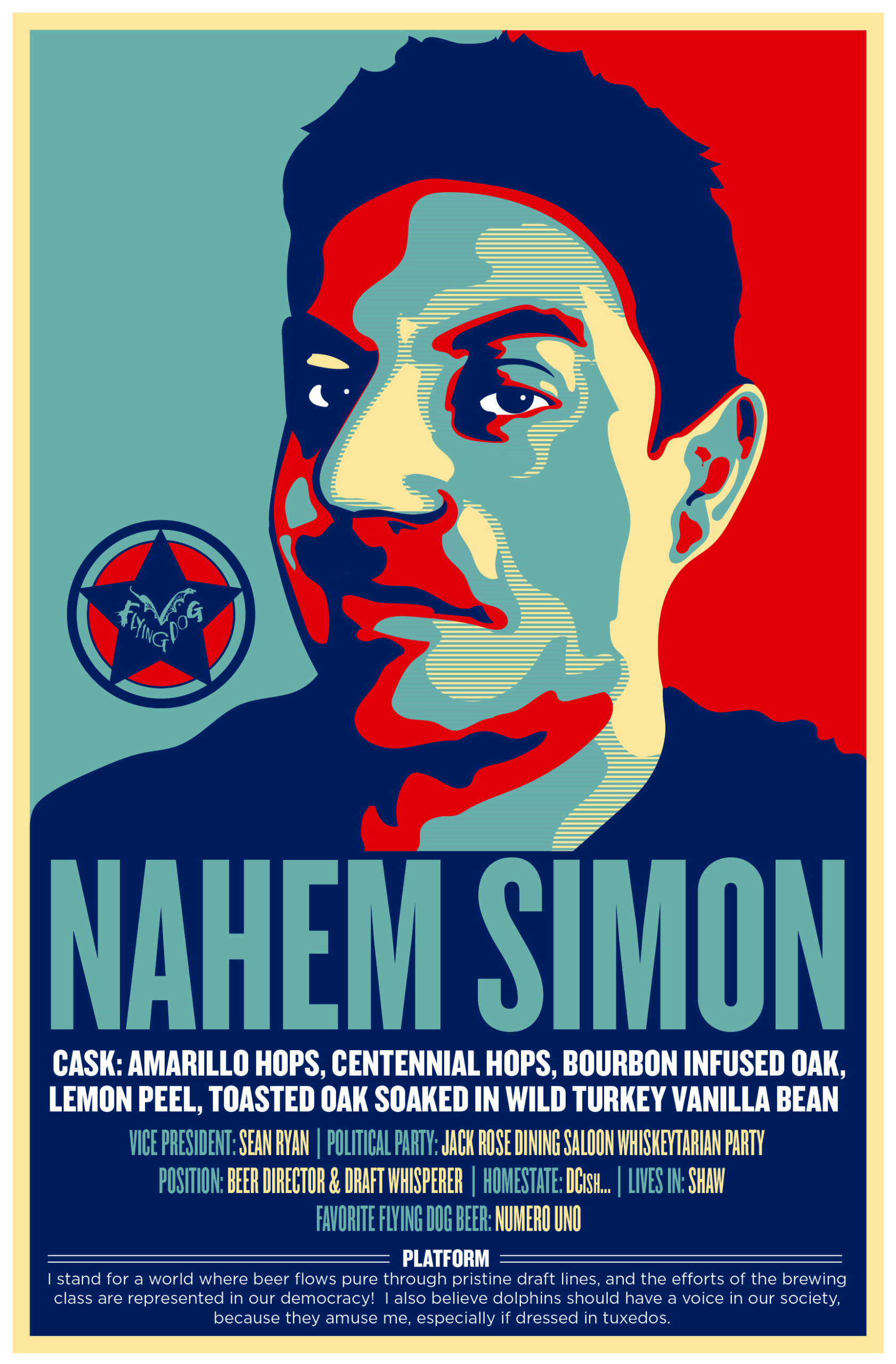 CASK: The Truth Imperial IPA with Amarillo hops, Centennial hops, bourbon-infused oak, lemon peel and toasted oak infused with Wild Turkey vanilla bean
POLITICAL PARTY: Jack Rose Dining Saloon Whiskeytarian Party
PLATFORM: I stand for a world where beer flows pure through pristine draft lines, and the efforts of the brewing class are represented in our democracy! I also believe dolphins should have a voice in our society, because they amuse me, especially if dressed in tuxedos. 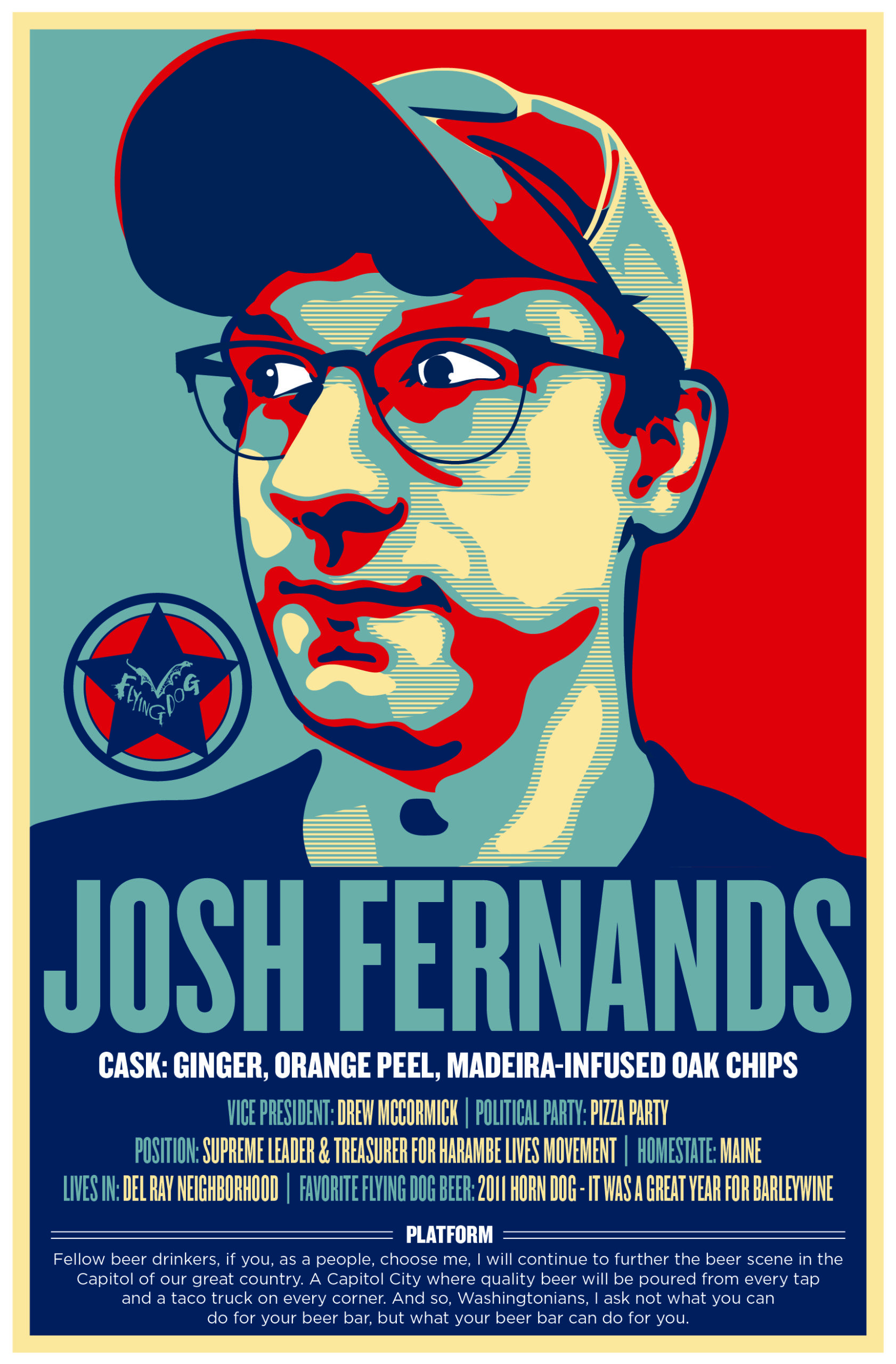 CASK: The Truth Imperial IPA with Ginger, orange peel and Madiera-infused oak chips
POLITICAL PARTY: Pizza Party
PLATFORM: Fellow beer drinkers, if you, as a people, chose me I would continue to further the beer scene in the capitol of our great country. A capitol city where quality beer would be poured from every tap and there would be a taco truck on every corner. And so, Washingtonians, I ask not what you can do for your beer bar but what your beer bar can do for you. 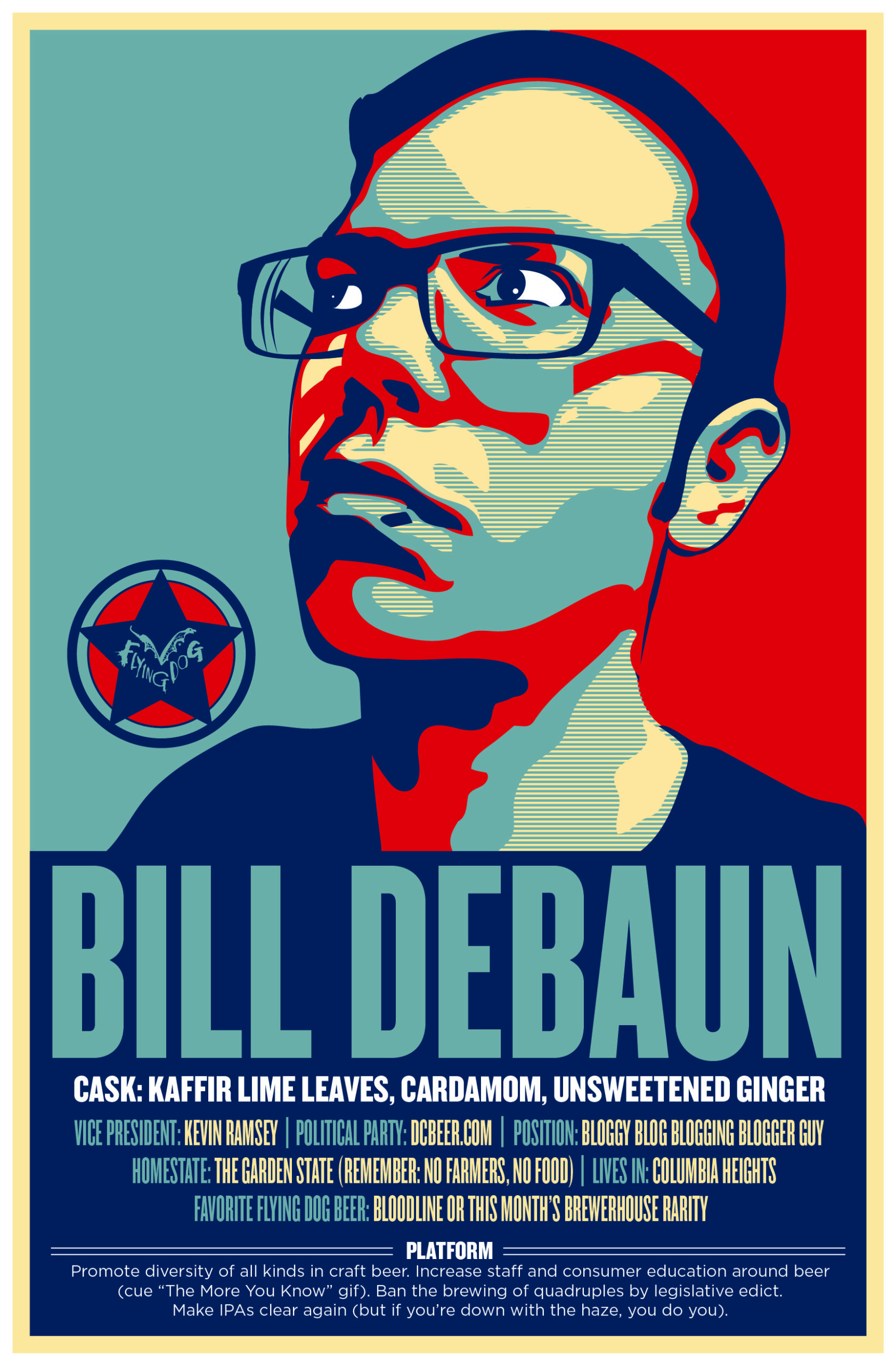 CASK: The Truth Imperial IPA with kaffir lime leaves, cardamom and ginger (not sweetened ginger)
POLITICAL PARTY: DCBeer.com
PLATFORMS: Promote diversity of all kinds in craft beer. Increase staff and consumer education around beer (cue “The More You Know”). Ban the brewing of quadrupels by legislative edict. Make IPAs clear again (but if you’re down with the haze, you do you). 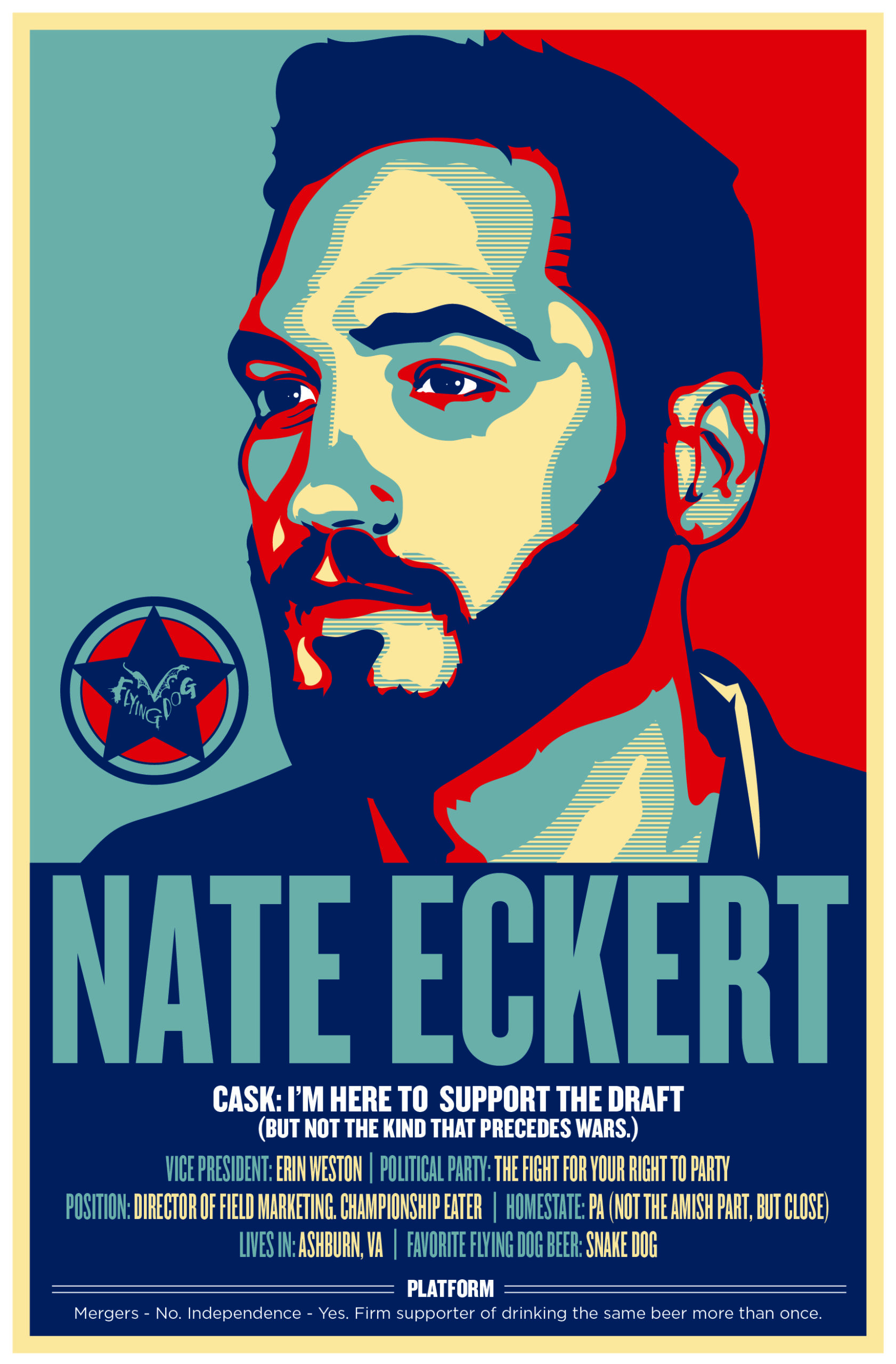 CASK: No cask. I’m here in support of the draft (but not the kind that precedes wars).
POLITICAL PARTY: The Fight for Your Right to Party
PLATFORM: Mergers - No. Independence - Yes. Down with OPP. Firm supporter of drinking the same beer more than once.
INSPIRATIONAL BIGGIE SMALLS QUOTE:
It was all a dream
I used to read New Brewer magazine
Charlie Papazian books up in the limousine
Putting bottles on my wall
Every Saturday homebrew, hops, malt & all
I let my wort rock til my wort pop
Sterilizing carboys, that cleaning don’t stop…