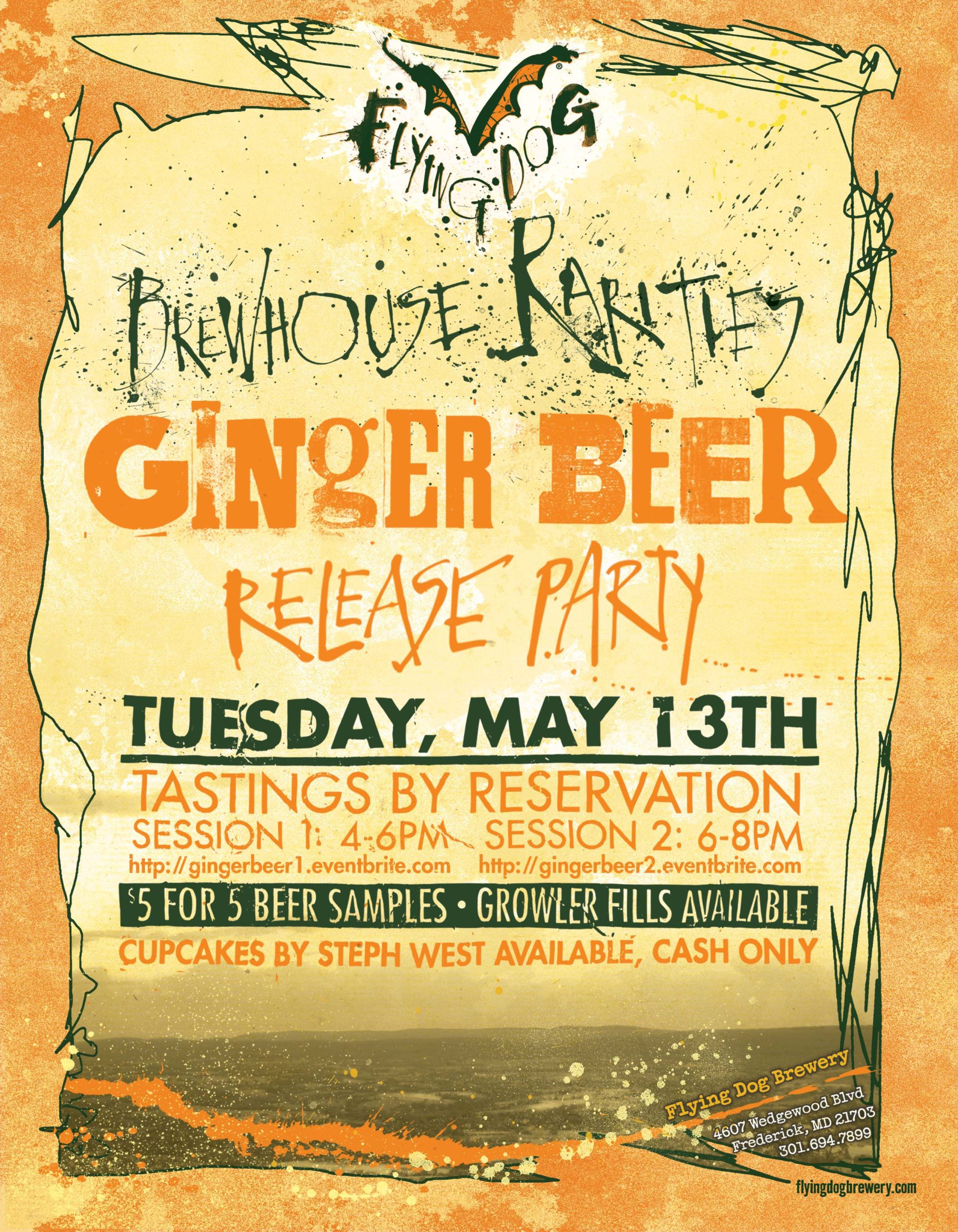 This beer has no soul.

Now that that's out of our system, let's get down and dirty with Ginger Beer, the redheaded stepchild that is our latest Brewhouse Rarities release.

Ginger Beer was the brainchild of (you guessed it) two resident gingers: Steve Brockwell, a brewer, and Torie Sullivan, a tour guide. They were inspired by organic ginger sodas and aimed to make an adult version by crafting a Belgian-style table beer. Along with fresh ginger pulp, orange peel was added to the beer to play off of the Belgian yeast strain used in primary fermentation and the Japanese Sake yeast used to finish. To make it perfect for the summer months that lie ahead, Ginger Beer is effervescent, refreshing, and snappy.

Following our tap room release, Ginger Beer will launch in Frederick this Thursday, May 15 at NOLA Cafe.

Want to track it down? Use our Beer Finder to see if Ginger Beer will be on tap near you.