The Art of Craft: Our New Beer and Cigar Pairing Pack 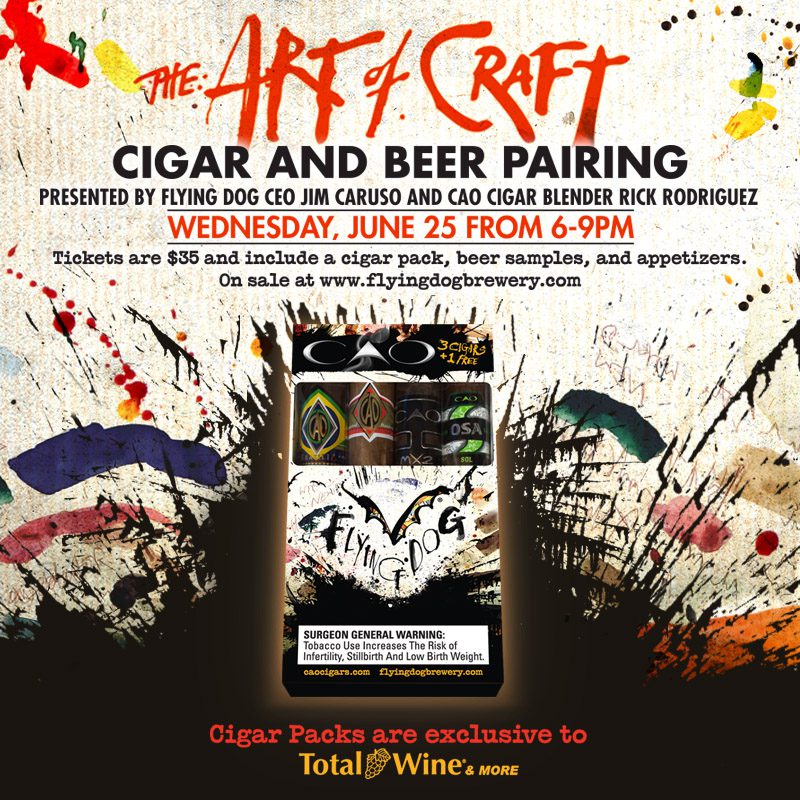 For craft beer enthusiasts who want to drink their beer and smoke it too, we've partnered with CAO Cigars to pair four of their world-class cigars with four of our most iconic beers.

Gone are the days of old dudes sipping from snifters and smoking in their studies. Just as craft beer is defined by a unique blend of malt, hops, and yeast, a cigar’s wrapper, binder and filler determines its flavor profile and aroma, making for rich and complex pairings.

Our CEO Jim Caruso and and CAO Cigar blender Rick Rodriguez will host the “Art of Craft” launch on Wednesday, June 25 at the brewery. From 6 to 9 pm, guests will learn about both the beer and cigar making process from the experts themselves and experience the pairings on the brewery’s patio. Tickets are $35 and include the cigar pack, beer samples, and appetizers.