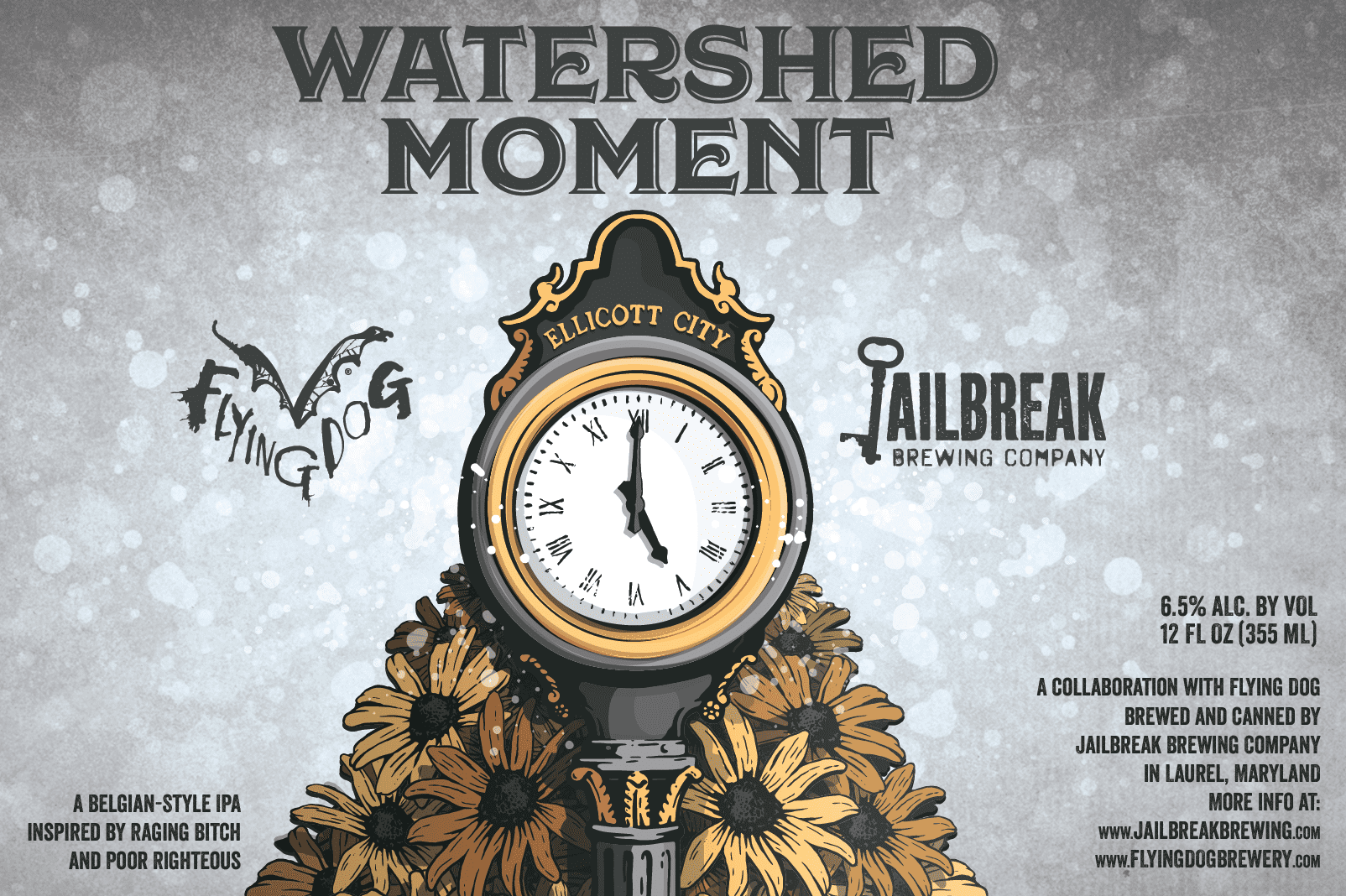 The craft beer community is exactly that: A community that takes care of its own. When flooding in late July devastated Ellicott City – a haven for artisans and independent businesses – two Maryland breweries knew we could help.

Alongside Jailbreak Brewing Company, we will release Watershed Moment Belgian IPA this week with 100 percent of the profits benefiting flood relief for Ellicott City. The beer will premiere on Friday, September 9 at both Judge’s Bench and The Wine Bin in downtown Ellicott City.

The beer itself is a hybrid of Jailbreak’s Poor Righteous IPA and our Raging Bitch Belgian-Style IPA. The malt bill is from Poor Righteous, the hops are a blend of those used in both beers and the yeast is the El Diablo Belgian strain used in Raging Bitch.

Watershed Moment will be available on draft and in cans exclusively in the Howard County and Baltimore area markets for a limited time. Bond Distributing and Hub Labels also contributed to the project, and a donation to the Ellicott City Partnership will also be made in their names.