Brewhouse Rarities Releases at the Brewery 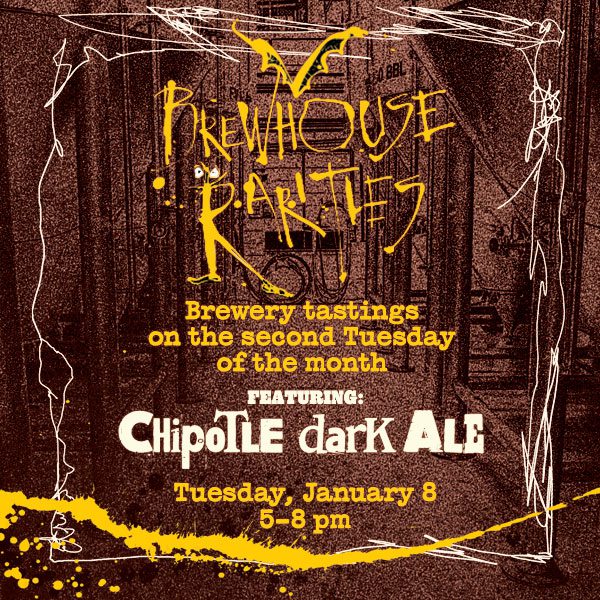 A new year means new beers in our Brewhouse Rarities series of small-batch beers available only in the mid-Atlantic.

We also have a new way for you to experience each release: At the brewery with the brewer who brewed it. On the second Tuesday of every month, we're tapping that month's Brewhouse Rarity from 5 to 8 pm. For just $5, you get a sample of the beer, along with 4 others of your choice, and the chance to chat with each beer's lead brewer.

First up is Chipotle Dark Ale on January 8. Brewed with whole chipotle peppers that are steeped in the whirlpool, smoke and pepper spice greet the nose, along with hints of tobacco, graham cracker, and subtle citrus hop aromas. The flavors mimic the intense aromas, joined by a dark chocolate sweetness that gives way to a lingering heat that builds with each sip.

Each Brewhouse Rarities release is open to the public and no reservations are required.