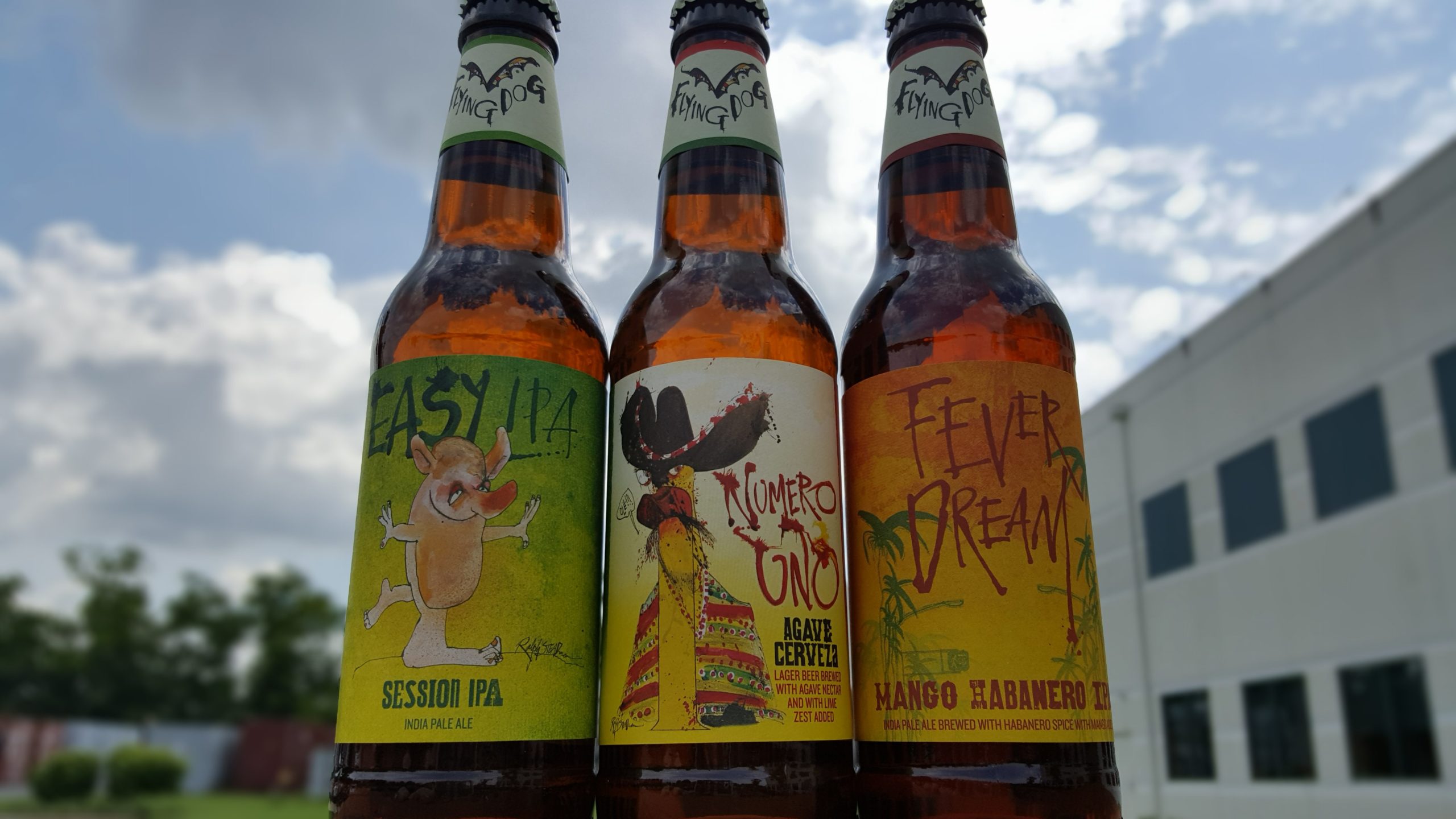 Esteemed colleagues, brewing brethren, Mom: I'd like to wish you all a good evening.

Good is not a word we take lightly at Flying Dog. "Good beer, no shit" is a slogan we have brewed by for longer than anyone at the brewery can remember. In fairness, who has a great memory after a couple of Double Dogs?

Good beer is exactly what this evening, like most that we enjoy, is all about. Good beer and the good people who brew it.

To prove this point, our pack of just over 100 strong slides on our hiking Chucks and heads to the top of a mountain every summer where we all weigh in on what we should brew in the coming year's Brewhouse Rarities series.

In these past few months, you have already experienced the fruit of this labor in Tropical Stout, Cold-Press Coffee Porter, Mint Julep Ale and Berliner Weisse, and we'll have four more treats for you before the ball drops again. While the beers typically have a limited release window and footprint, there have been several occasions where your demands for more of the liquid were stronger than our will to say no. Let the record show that this decision was due entirely to the fact that the beer was too delicious to never have the opportunity to shake your hand again.

We'd now like to take a minute to honor these greats by welcoming them into the Brewhouse Rarities Hall of Fame.

Our first honoree, Easy IPA, was a Brewhouse Rarity in May 2013 under the same name. You may remember it from your favorite tailgate. Perhaps it was the first thing you craved after mowing the lawn. Or, its subtle spice and grapefruit hop bite made you weak in the knees. As a result, Easy IPA moved up to the big leagues where it has been racking up web-gems in the form of check-ins ever since. We can always count on Easy to be the first beer out of the cooler on the course and the last beer in hand after a night of barbecuing and embellishing with friends.

Our second inductee, Numero Uno, was first pitched in 2013 as a craft alternative to the south-of-the-border light lagers. It was innovative in combing flaked maize, agave and lime all in one, which not only checked 0ff the "crushability" box, but also saved you a trip down the produce aisle.

Originally titled Brewhouse Rarities Agave Cerveza, we were muy felize it was given a new name along with its lease on life. Olé.

Our final inductee, Fever Dream, is also the newest member of our year round lineup. First released in February 2014 as Brewhouse Rarities Mango Habanero IPA, its balance of spicy and sweet was once again expertly dialed in when it returned to our roster earlier this year. If you haven't had the chance to try it, we wish you the best of luck in crawling out from under that rock in the near future.

Congratulations to each of this years Brewhouse Rarities Hall of Fame Inductees.

Let this year's offerings be a reminder that anything is possible, especially if you work at Flying Dog.

[Throw both hands in the air with matching peace signs.]