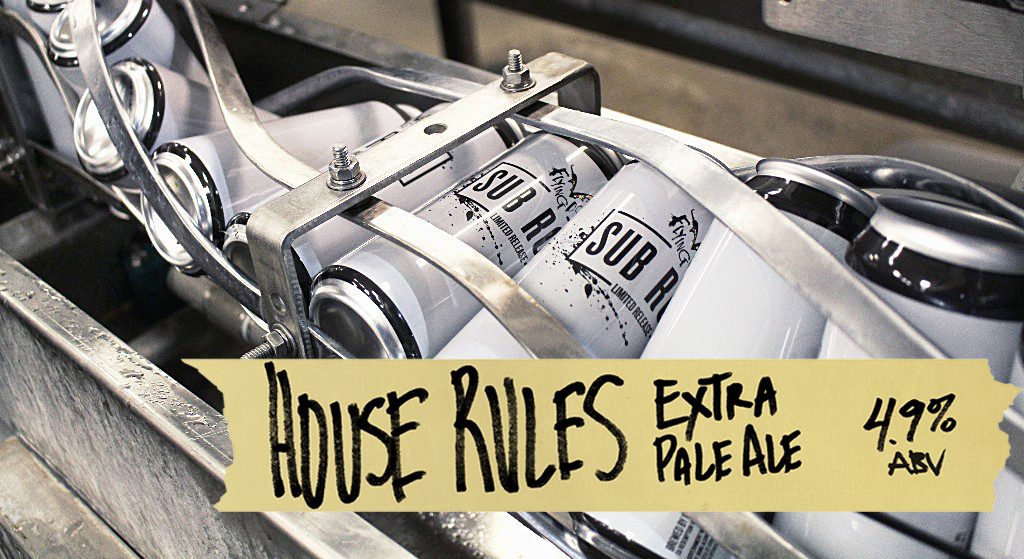 Craft beer wouldn’t be where it is today without experimentation. While we run our production batches on our 50-barrel brewing system, we also have a 15-barrel pilot system that allows us to stay nimble, experiment with new ingredients, and challenge traditional beer styles. This also gives our brewers a chance to approach each batch as a blank canvas where they can incorporate the raw materials and processes they want to work with and hours later a new beer is fermenting.

Out of the hundreds of batches we have brewed on our pilot system, there is only one that has gained the distinction of our House Beer: House Rules Extra Pale Ale. House Rules was born when the remaining sugars from our double-malted Double Dog Double IPA were sent from our large-scale production system down to our smaller, experimental pilot brewery. These sugars formed the base of a lighter ale that our team then heavily dry-hopped with Citra, Galaxy, Mosaic and Azacca hops. The result was a brilliantly crisp and crushable extra pale ale that pairs perfectly with punching the clock, mopping the sweat off your brow, and the feeling of accomplishment that comes with a hard day's work.

The only place you can get House Rules is at the source, and for the first time ever, we're putting this small batch into cans.

On Friday, July 28, you have the chance to tour our pilot brewery with our brewmaster and dive into this dynamic process. (A limited number of tickets to this are on sale now.) This will include:

The remaining cans of this limited run will then be on sale the following Saturday, July 29 at noon, only in our tasting room