As I Walk Through The Valley

Punch-drunk, Summer weaves its freckled elbows through the ropes at its back. The once-undisputed lion god of the troposphere squints as the sandy, DEET-ridden fog seeps through its corneas.

It begins to rain.

A chilly challenger stomps forward, oozing cinnamon and stamina, and a sepia shadow envelops what remains of the fallen titan.

“Pathetic,” sneers Autumn as it tries to reconcile Summer’s glorious legend with THIS lump of fleshy stardust. The warlord lunges forward, and the rain turns to pumpkin guts.

Summer blinks to quench its eyes. It stretches its spine toward the looming Libra sun. Bath foam fills its lungs as it lets out a melancholic howl.

A hush falls over Frederick, Maryland. Ben Clark and Matt Brophy lock eyes across the conference room as our CMO, Ben Savage, moves to the next slide of his super impressive PowerPoint. Brophy places both of his palms flat atop the table, never breaking eye contact as Clark does the same. The two men rise, briefly admire Savage’s masterpiece, and float out of the room.

A single tear rolls down Todd Kelly’s cheek. He hadn’t blinked in about seven minutes. The rest of our brewers stand across the lawn, a Terracotta Army, facing West. 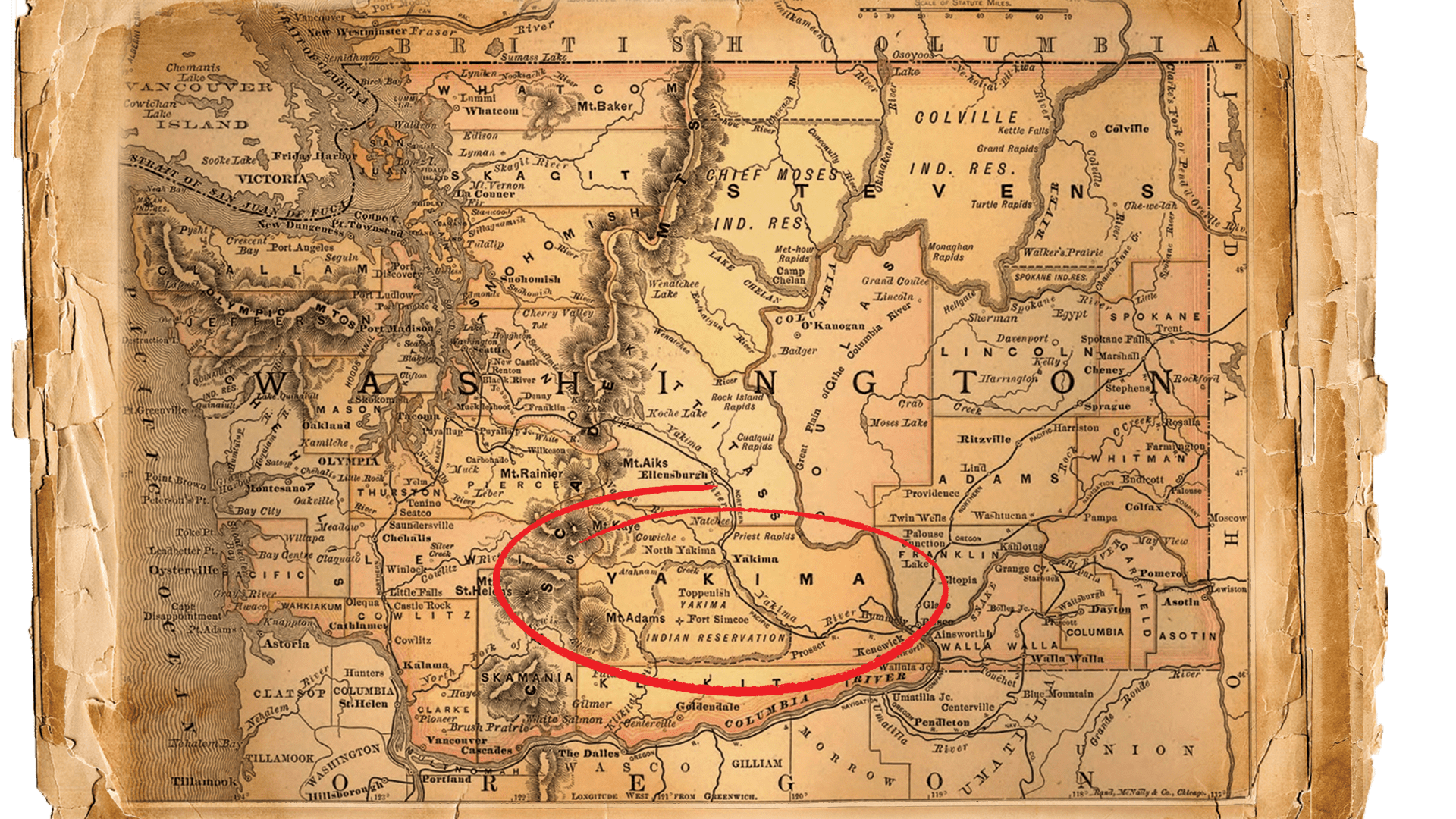 About 75% of American hops are grown on a 600,000-acre slice of paradise in Washington State called Yakima Valley. A map of the region reads like a lupulin-laced Candy Land, with places like the Chinook Pass, Fort Simcoe, and Ahtanum Creek. Yakima is under a rain shadow – the Cascade Mountains to the west of the valley shield it from any moist Pacific weather – so the region’s farmers have had generations to perfect their irrigation methods without much interference from Mother Nature. Hops plants grown in any other location on Earth typically take three years to mature to full yield. In Yakima, they only need two. 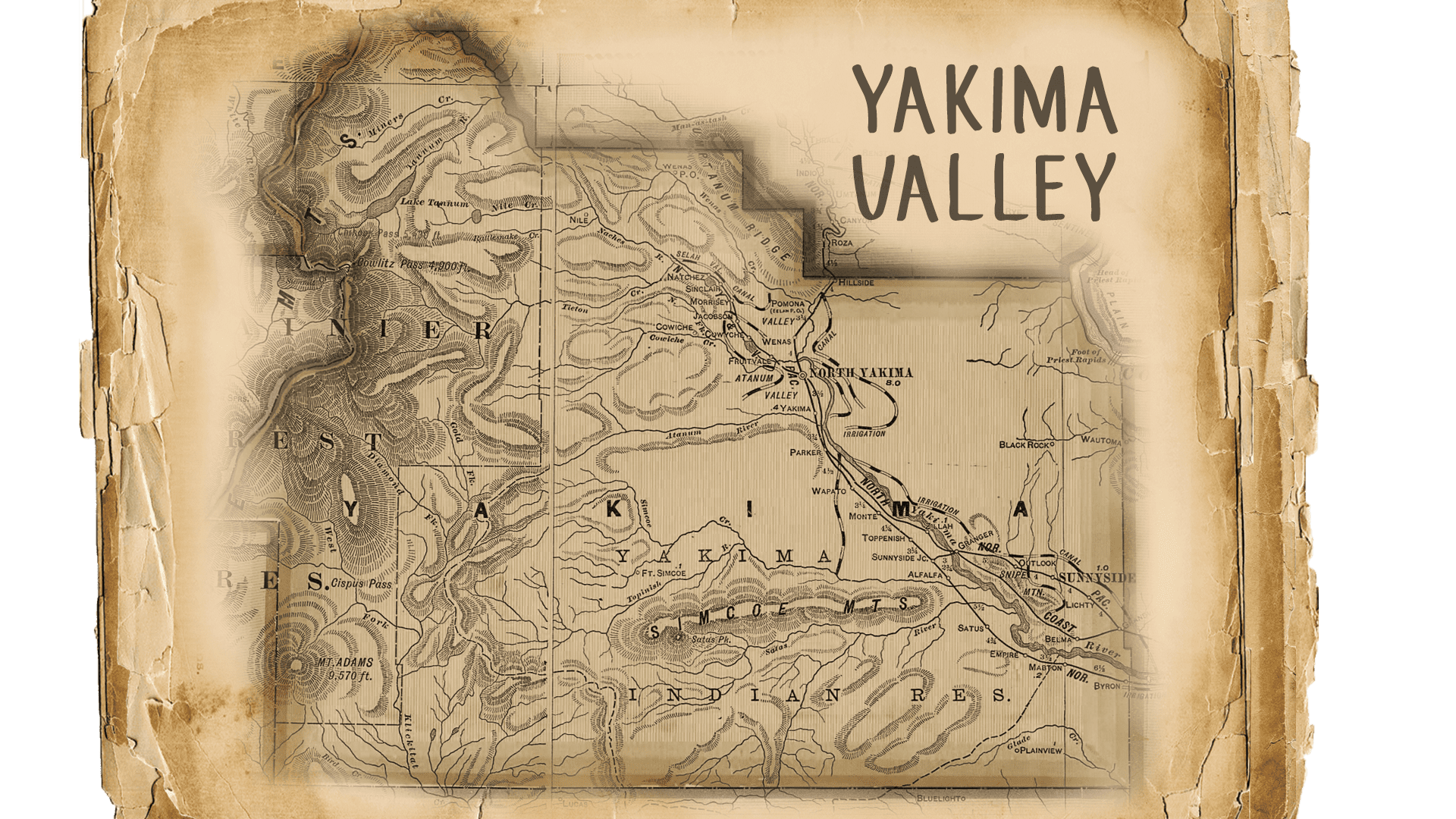 Each year, around mid-September, our brewers make the 2,600-mile pilgrimage to touch, smell, and claim first dibs on the best hops as they’re coming right off the fields. To make good beer, you have to use high-quality ingredients, but when a brewery buys hops at our volume, this stage of sensory analysis is also critical for maintaining consistency in the beers you know and love. Brewers analyze several “brewer’s cuts” (small blocks of dried hops from different lots), looking for specific attributes that make up our hop profiles.

Example: Amarillo, a variety we use in The Truth and Raging Bitch, can vary from year to year and even from lot to lot. We look for more of a tropical Amarillo character, but inevitably, some lots will have stronger tropical aromas while others will give us more of that dank, green stuff. So, in order to make sure the Bitch you have today tastes like the Bitch you had yesterday, we'll mix and match to balance out these variations. Think of a painter blending colors to find the perfect shade. 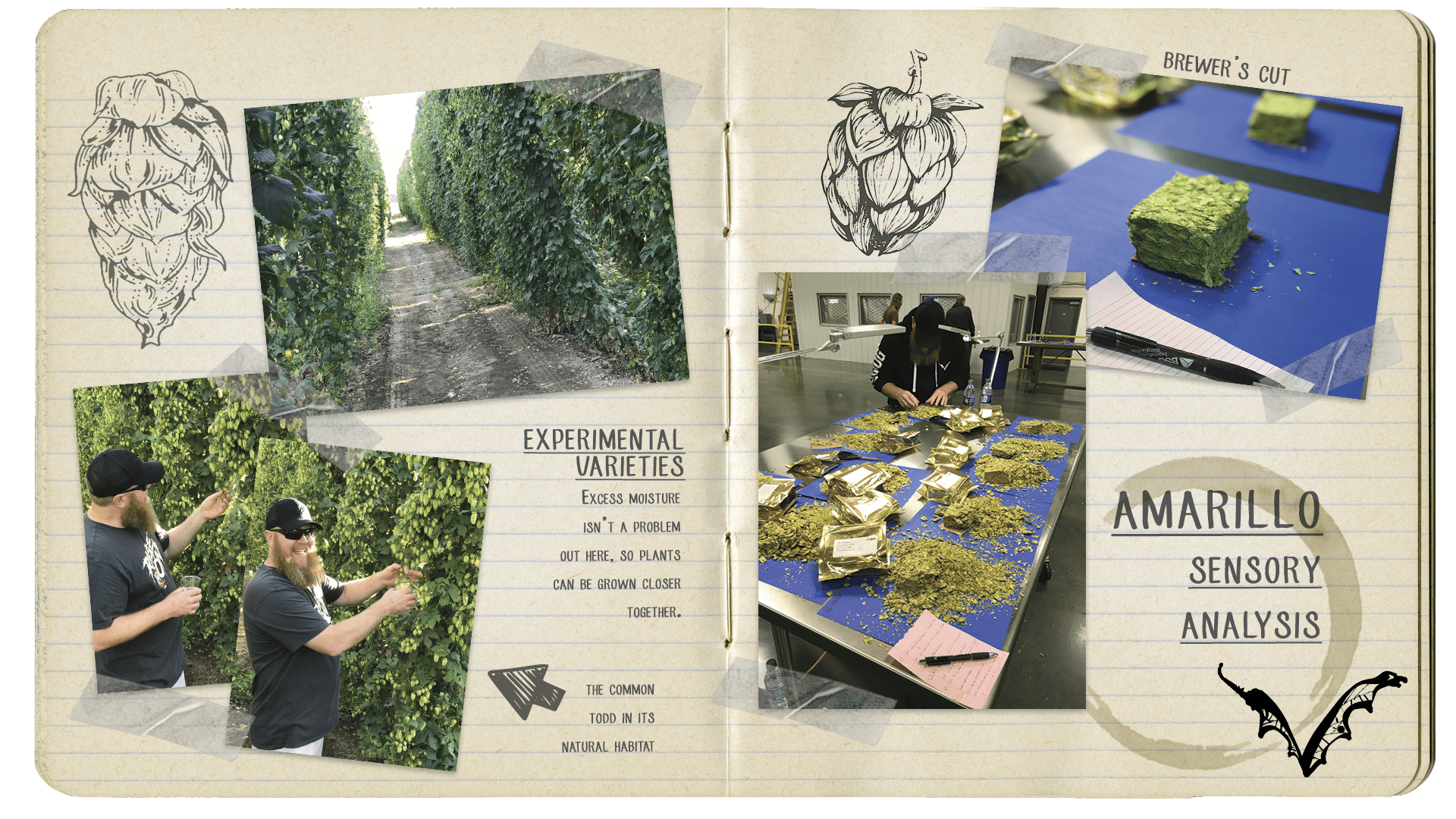 Sometimes, like in the case of Snake Dog IPA. brewers will head out for hop selection specifically looking to change a beer’s recipe. Snake Dog’s original recipe relied heavily on green, grassy Columbus hops until we decided to push it in a more citrus-forward direction. With fruit on the brain, we layered Citra, Mosaic, Simcoe, Warrior (and yes, Columbus) to achieve the complex dreamboat of an IPA we have today.

Sabro, a brand new wild hybrid of New Mexican heritage, is the shiny new toy we brought home for our brewers to play with. (More on that to come.)

And while it’s easy to get excited about these sexy new varieties, it was one of the classics that stole the show. Admittedly, we thought we knew what we were going to smell when it came time to check out this year’s Cascade. We did not. It was like oranges. 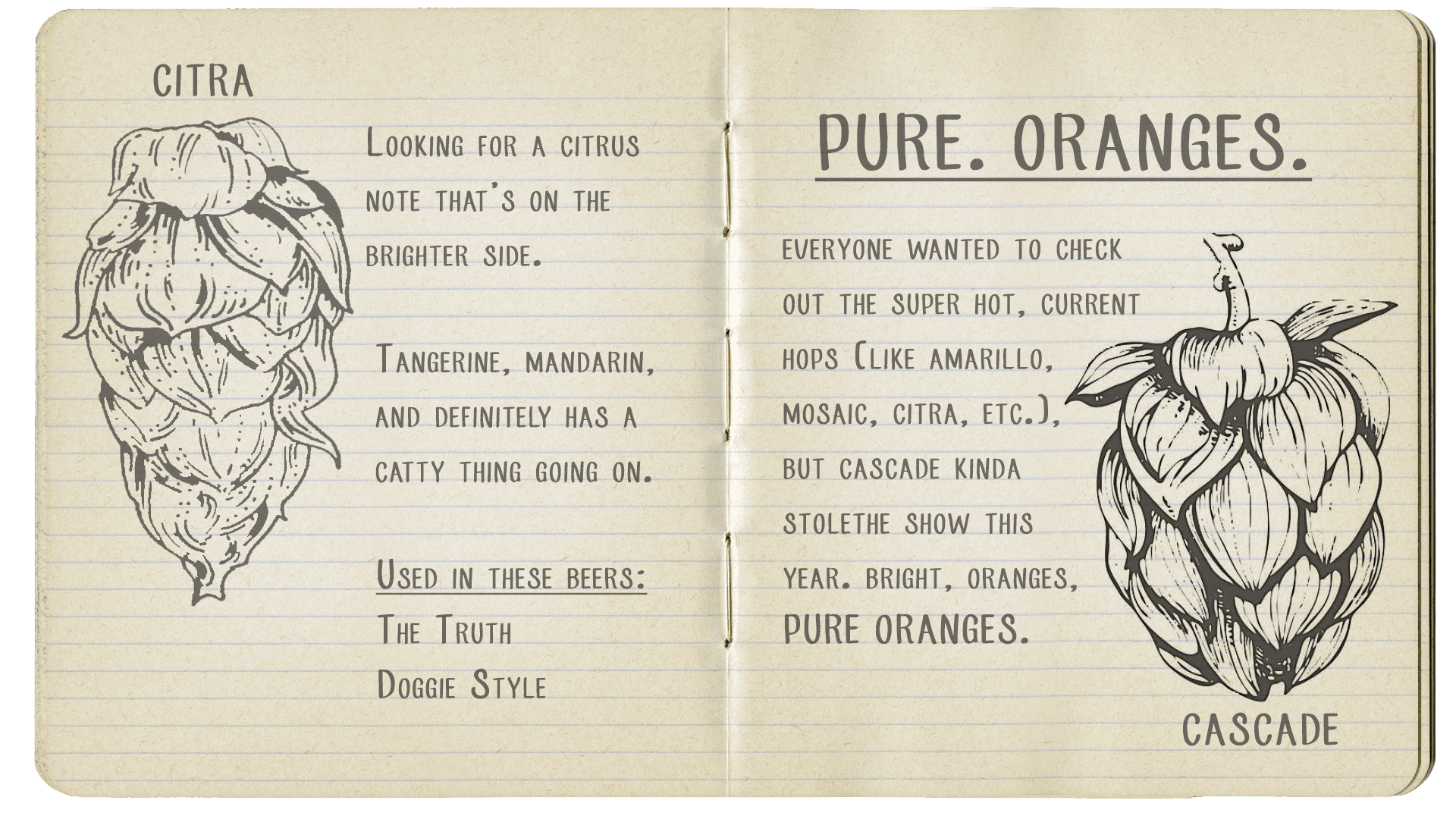 It’s so deliciously fitting that we’d be blown away by this particular variety, isn’t it? After all, its namesake is the reason Yakima Valley exists.