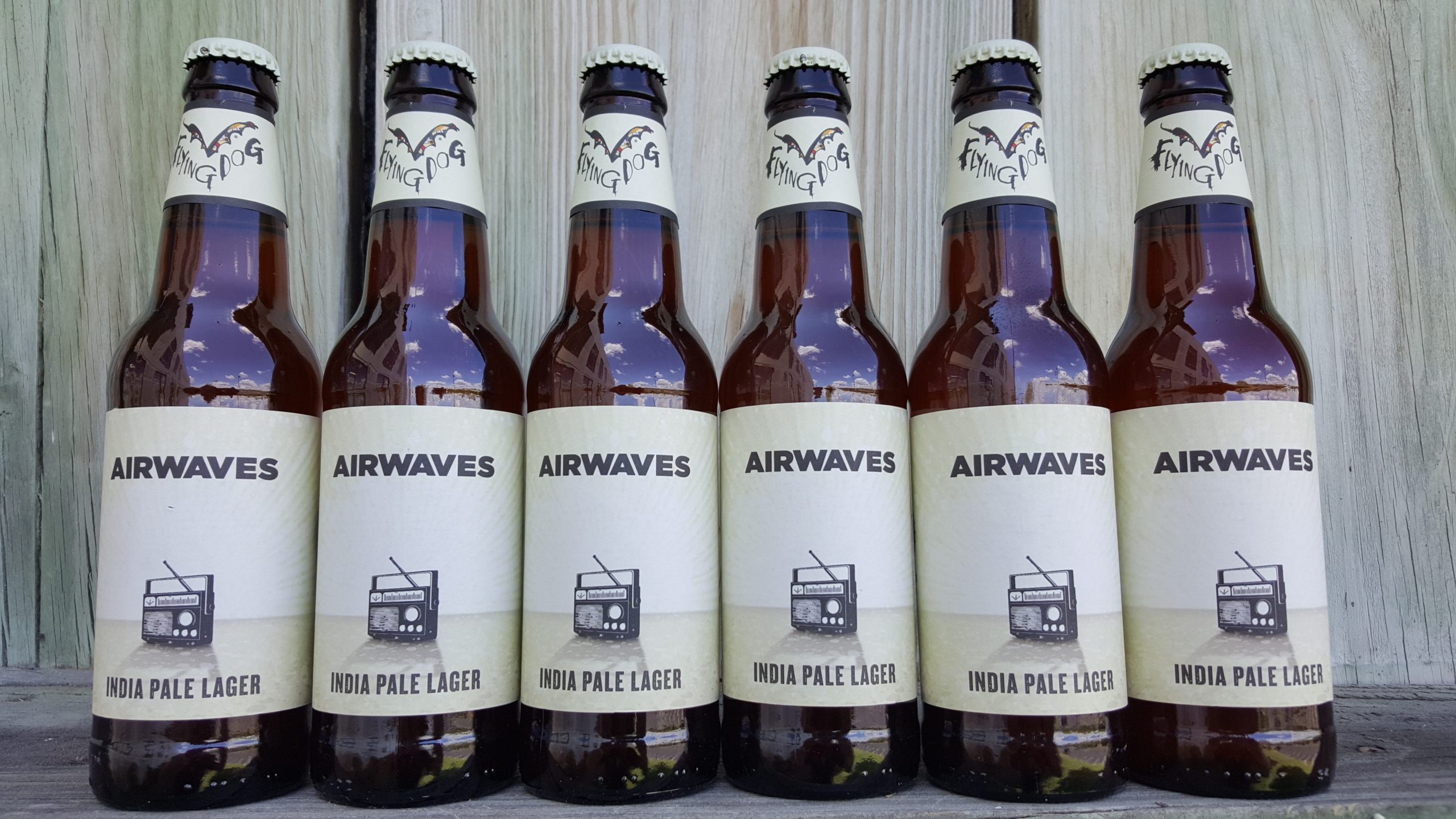 On an autumn evening in the 90's, our brewmaster Matt Brophy took a rare break from R.E.M in lieu of the smooth sounds of Charlie Papazian, renowned godfather of homebrewing and nuclear physicist, discussing the trials and tribulations of brewing on NPR. A then 17-year-old Matt was so inspired by Charlie, he ran out to by Charlie's penultimate The Complete Joy of Homebrewing. The rest, as they say, is history.

Now some years later, a perfect storm of brewing conditions would cause Matt and Charlie's paths to cross again. The American Homebrewers Association, whose membership refers to Charlie as Mr. President, is holding their annual conference in Baltimore, just east of our fair brewery. A collaboration only made sense.

The aptly-named Airwaves is an India Pale Lager that showcases Matt and Charlie's collective love of hops, specifically Centennial, Citra, Galaxy and Mosaic. Every bottle was handed a one-way ticket to Home Brew Con 2016, they will be given to each of this year's conference attendees. If you aren't a member planning to attend already, believe us when we say that this beer is worth the price of admission.

Stay tuned; we'll be covering the conference June 9-11. Until then, "Goodnight, and good luck."