A Boy and His Beer (and Calculator) 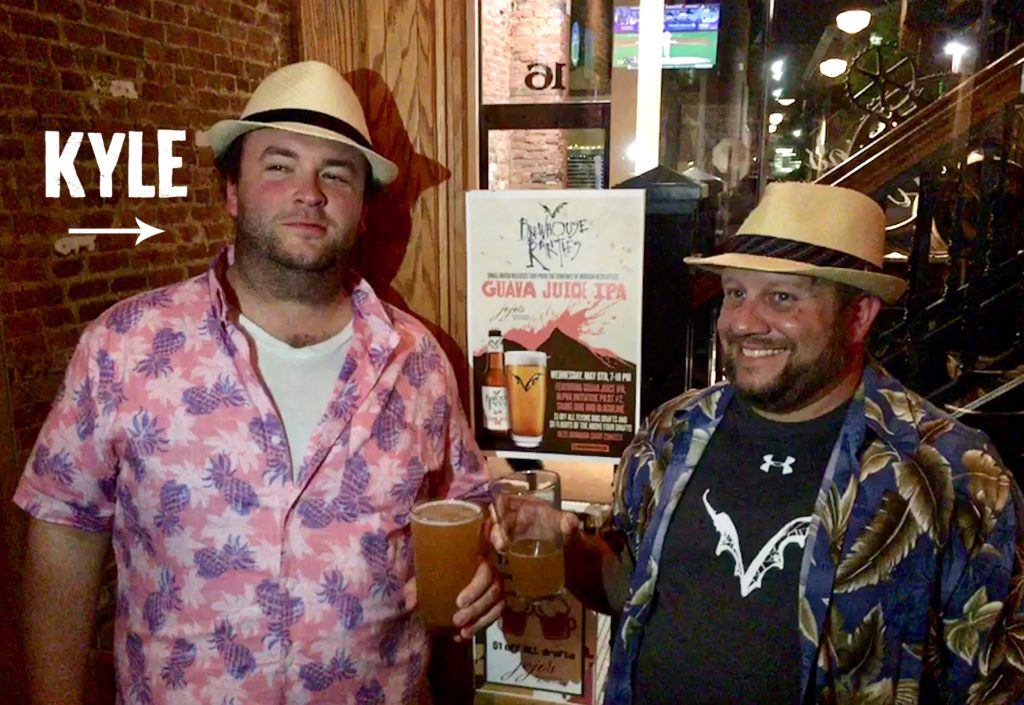 It was pitched by our Director of Sales Intel and Fulfillment, Kyle Chittim, with purpose. You see, Kyle's a numbers guy. A figures fiend. A calculus connoisseur. An analytics aficionado.

Legend has it that for his fifth birthday, Kyle received a Casio CA53W-1 calculator watch from his great uncle Ulysses and became obsessed. By the time Kyle reached college, he had amassed quite the impressive collection of math machines. HP 12C...TI-83...MS-80B. All his most prized possessions.

Having made Accounting 101 his bitch the previous semester, Kyle eagerly registered for Accounting 102. He strode into the first class, armed with his trusty BA II Plus (his Excalibur) ready to dominate. But then, his professor passed around copies of the syllabus, and Kyle gulped as he read the first line:“All assignments must be completed in Microsoft Excel. NO FINANCIAL CALCULATORS.”

Later that evening, Kyle stared at the unholy grid stretched across his laptop screen, listening to the faint melodies of Usher’s Confessions that leaked from the headphones of his roommate, Chad. He took a deep breath, opened his notes and leapt into the spreadsheet abyss.

It is believed that the class rendered him forever disillusioned with calculators. His button-pressing muscle memory atrophied and was replaced with functions and keystrokes. He learned to solve hundreds of equations with a simple drag of the mouse. It was like some kind of superpower.

According to Chad’s diary, Kyle returned to the dorm after his Accounting final, packed all of his calculators into a cardboard box, and left without a word. We can’t say for sure what happened to the box, but many swear they saw Kyle that night at the campus bonfire.

We’ve never seen Kyle so much as look at a calculator here at the brewery, but his monitors are perpetually filled with the most elaborate of spreadsheets. And if you ask Kyle what happened to his Casio watch, he’ll look at you and say softly…“Gotta let it burn.”

So if anyone needs a beer at the end of the day, it's this guy. His pitch had spreadsheets of data to back it up, but what got our brew team excited was working with tropical fruit and tropical hops. Guava Juice IPA will be available in our tasting room starting tonight, and it’ll hit store shelves next week.