25 Years of Flying Dog: A Q&A with our Head Honchos 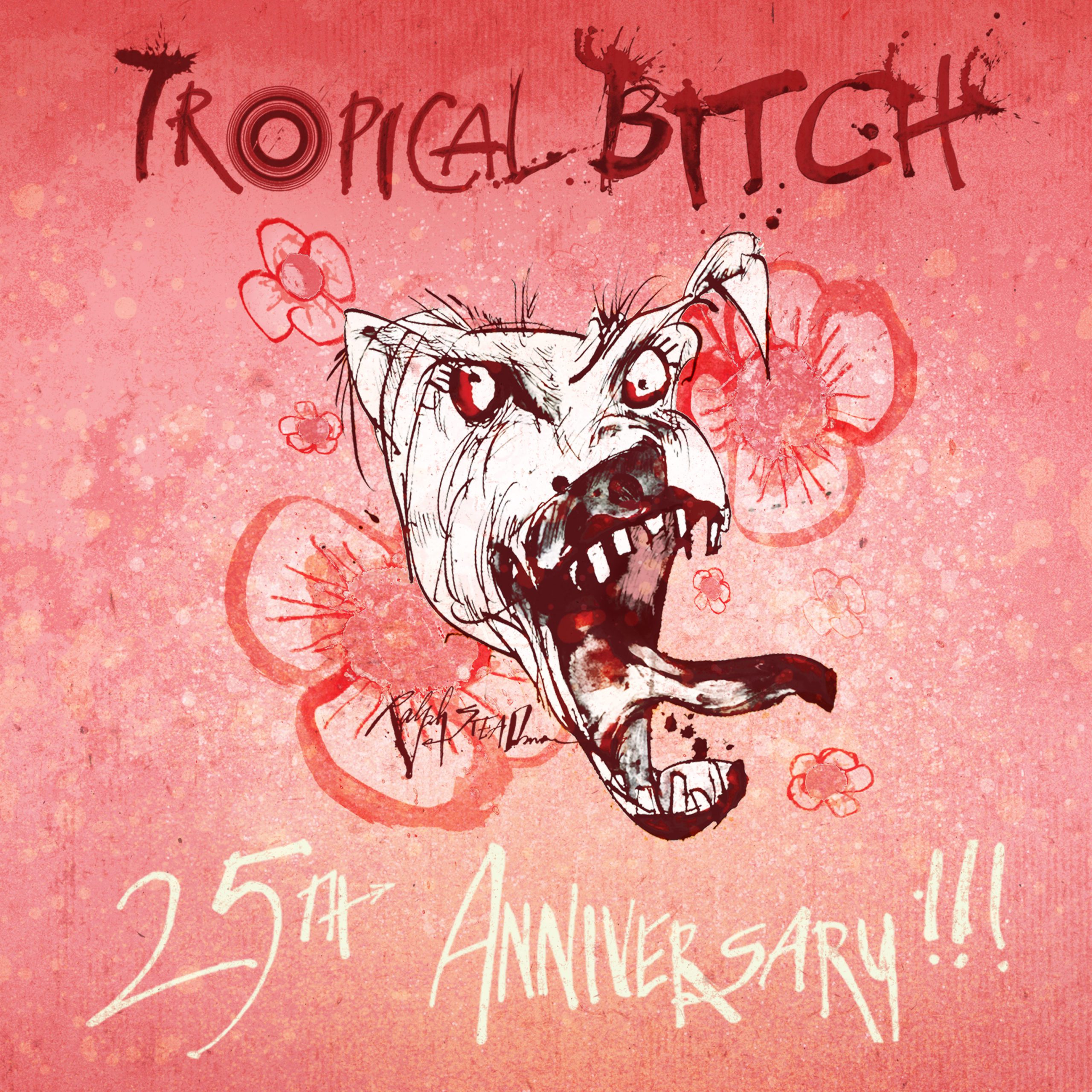 Last night, we raised our glasses to our 25th anniversary and Tropical Bitch, a spin on the Belgian-Style IPA you already know and love. And because a good beer makes us so damn nostalgic, we hosted a Q&A session with our head honchos: CEO Jim Caruso, COO and Brewmaster Matt Brophy and CMO Ben Savage -- so they could reflect on 25 years of Flying Dog.

You submitted your questions via social media and now, they have now been answered. You can catch it on Periscope until 6:30 pm tonight. Or if reading is your jam, check out our recap below:

Jon S. asked on Facebook: Who came up with the original idea of a Tropical version of Raging Bitch and how long did it take to find the right fit of hops to get it to where you were happy with the outcome?

Matt: It's a very common question that we get -- "Where do the ideas for the beers come from?" -- and the answer is really all over. We have a great creative brewery team, and that's everyone brewers, admin, marketing...that lead us years ago to establish our Brewhouse Rarities program. That's where anybody in the organization can pitch a beer concept to their peers and then our selection committee chooses what will be brewed the following year. Now for Tropical Bitch, it was a product of our R&D team. That group meets every week to discuss what types of beers we're interested in developing. We started playing with the Tropical Bitch concept several months ago with pilots on our 15-barrel pilot brewery.

Gloria asked on Facebook: What has it been like working with Ralph Steadman for all of these years?

Jim: One of the favorite moments in my life was receiving the first two transparencies from Ralph for Doggie Style and Road Dog labels. And they just cracked us up. Ralph is not only a creative genius, he's also the one true artist in the world. He's the most principled person. He's generous. He's ethical. It was love at first sight and a blessing to know and work with Ralph.

Steven asked on Facebook: If you could describe Flying Dog in three words, what would they be?

Ben: One word that rises to the top nowadays is INDEPENDENT. It means a lot to everyone in this brewery and it means even more given the landscape of what's happening in beer right now with bigger breweries buying up smaller breweries. It's getting harder and harder to understand what's independent and what's not. Another one would be CREATIVE. Matt alluded to the fact that all good ideas can come from anywhere in the brewery, from accountants to HR to marketing to brewers. We get ideas from everywhere and not every brewery acts like that. We're really proud of it. The third would be UNAPOLOGETIC. Some people use words like irreverent and gonzo, but it's true for us because we do what we want. We don't listen to focus groups. We don't listen to the media. We don't listen to the masses to decide what beers we want to do. And that's what drives us everyday.

@naptownpint asked on Facebook: As you look at the success of Flying Dog, what’s one piece of advice you’d give breweries who are looking to build something that is sustainable and scalable as a business?

Matt: Having a quality product is extremely important. I would start with that.

Jim: A lot of my friends view the brewery business as the next "get rich quick scheme." Nothing is as easy as it looks on the other side of things. If you're not willing to dedicate yourself 24/7 and willing to quit everything else to be an entrepreneur any business -- including this business -- don't get into it. But once you get into it, it is more fun than anything you could ever imagine.

Ben: Building off of what Jim said, I think authenticity is really important. I would encourage anyone who's starting a brewery right now to understand what you want to be and what you stand for before you get into it because there's a lot of noise out there and there's a lot of people starting breweries for the wrong reasons. Do it for the right reasons, have the right motives and be authentic about it. Otherwise, craft consumers are smart and they'll sniff out impostors pretty quickly.

Matt: I think there's 4,500 breweries in the country right now with 6,000 by the end of the year...maybe more. One of the things we're blessed with is talented people. I hope that talent exists at all of these breweries to successfully bring good craft beer to market.

@cteeput asked on Twitter: What's the status of the new brewery on Bowman Farm Road?

Jim: We have a great piece of land, 32 acres. The City of Frederick has been exceptionally helpful. We're working with closely with the FAA because we're next to an airport. We are quite optimistic and hopeful we'll be starting the actual project management and engineering this summer.

Matt: That's almost an impossible question to answer. But I can tell you that when I started back in 2003, our Snake Dog IPA didn't exist like it does today. It was actually an English-style IPA. I was at the time, and still am, in love with the hop variety Columbus. I introduced that to Snake Dog and it completely changed the beer. To this day, it's still my go-to beer.

@m.d.burke asked on Instagram: Why not can Doggie Style?

Ben: We always joke because marketing is one of those functions where everyone is an expert. I get hit up all of the time with "You know what you should do..." There's actually nothing saying that we won't can Doggie. We're introducing two new can styles this year: Bloodline and Numero Uno. The reason we're not expanding that any further because we have some limitations from a production standpoint. There's a canned beer customer out there who we want to appeal to, but we're a bottle brewery, not a canned brewery, so we have to be careful about what beers we introduce into cans.

Anthony F. asked on Facebook: I love all your beers. Any chance of importing some to Japan?

Ben: Yes, there is a chance. We are expanding our export program. We're in about 17 countries, mostly in Europe, and growing. But we just sent our first shipment to China and are looking at Thailand and Australia. We haven't looked into Japan, but there's no real reason why we haven't. I think Brophy and I would love to go to Tokyo and check it out.

From the audience: What drove you guys to leave Denver and move to Frederick?

Jim: Growth and expansion. We were Colorado's second largest brewery and we needed a bigger brewery. This facility was available, and our growth had been East Coast for many years. We were the first brewery to move across the country and reestablish ourselves. We have now sold more beer in the State of Maryland in 2014 than we did in 48 states and 25 countries five years ago. So we re-identified ourselves and we were the first craft brewery to do that. At the time, a lot of people didn't think we had a chance in hell to pull it off.

From the audience: What's your vision, Jim, for the next 25 years of Flying Dog?

Jim: We're a legacy brand. We're private and closely held, so my vision is to keep building and growing. We're in this for the love of beer and to have fun and to do the best we can to quench the thirst of craft beer drinkers.