George Stranahan - philanthropist, physicist, philosopher, educator, brewer, distiller, and founder of Flying Dog Brewery and Stranahan'sWhiskey. With his many talents and passions, Osopher speaks to the idea that you can become an expert in any field if you're just crazy enough to believe you can. The teams at Flying Dog and Stranahan's loved the idea of commemorating George in a way that spoke to the art, science, and creativity that George instilled in both companies. Stranahan's Whiskey sent 10-year-old aged whiskey barrels to Flying Dog which we filled with an imperial version of Road Dog Porter - the first beer that was ever brewed in our 34-year history. After six months in the barrel, the beer was bottled, the barrels shipped back to Stranahan's and then filled with whiskey once more. The result of barrel aging the porter is a velvety smooth explosion of chocolate, vanilla cream cocoa beans, toasted pecans, toffee, and maple. The surprising richness of all these flavors balances perfectly with the hints of caramel, spice, and a hint of tobacco from the whiskey. It's a beer we are proud to brew at Flying Dog and is as complicated and well deserving of admiration as George's legacy. 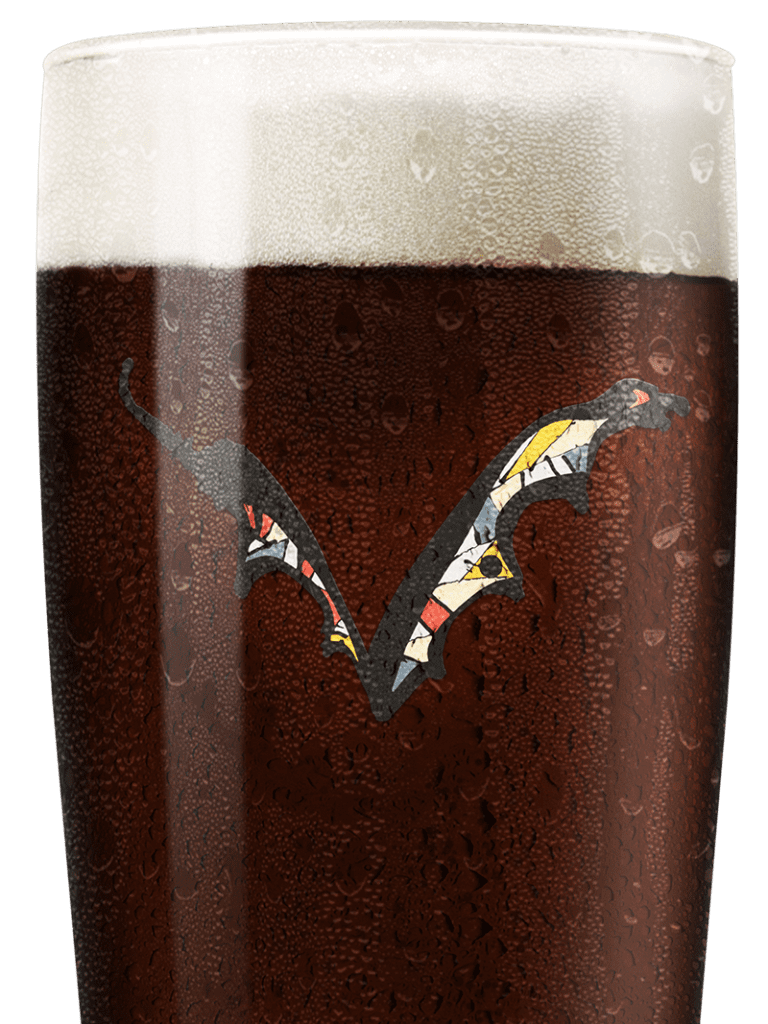 We juiced a few more oranges which turned our oran

Pinkies down. This ain’t your Nana’s tea party

The beer, the bottle opener, the frosted glass…

Twist it, lick it, dunk it, drink it. Just don’t

Race you to the shelves. Hare Chaser Grapefruit IP